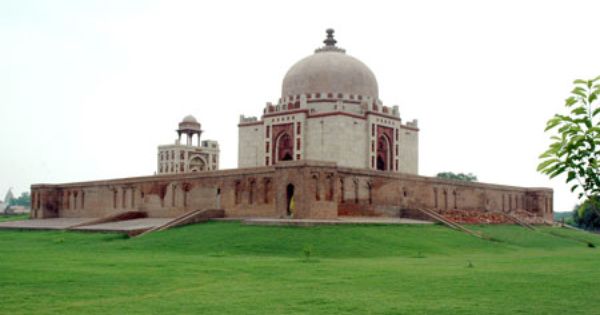 Sonipat is a city in the Indian state of Haryana, as well as a municipal corporation. It is located 44 kilometres from Delhi and is part of the National Capital Region. It’s also about 214 kilometres southwest of the state capital, Chandigarh. The eastern border is marked by the Yamuna River. Sonipat is known for the monsoon sweet dish ghevar, which has its origins in Sonipat.

Best Places to Visit in Sonipat

On December 22, 1972, this district was formed from the former Rohtak district. Sonipat, the district’s administrative headquarters, is the district’s name. Sonipat was once known as Sonprastha, which was then changed to Svarnaprastha (Golden City), which is derived from two Sanskrit terms, Svarna (Gold) and Prastha (City) (Place). Over time, the pronunciation of the ancient name Svarnprastha degenerated into Svarnpat, and ultimately to its modern form, Sonipat. The first mention of this city is in the epic Mahabharata, and it was one of the five towns requested by the Pandavas in lieu of the kingdom of Hastinapur at the time.

Following the death of the ninth Guru, Bhai Jaita Ji took up the severed head and went tirelessly towards Anandpur Sahib. Because of Aurangzeb’s command, intense watch was maintained, and Bhai Ji was compelled to make pauses on his route. Bhai Jaita Ji came to a halt at Bud Khalsa, as it is now known. Bhai ji risked his life by hiring horses or hiding Guru Ji’s severed head in a pitcher to reach Anandpur Sahib and become an immortal Sikh.

When Guru Tegh Bahadur was slain and his head was torn from his body, a close watch was kept so that no Sikh might see the Guru’s dead remains. Lakhi Shah Vanjara, a pious Sikh, put his life in danger. Taking advantage of the dust storm, he took Guru’s body to his house in one of his bullock carts. He set fire to his own house in order to cremate it.

Sonipat has a long history. The name Sonipat has even been referenced in the Mahabharata. According to the Mahabharata, Sonipat was one of the five villages requested by the Pandavas from the Kauravas. The collapse of the Pandavas’ demand resulted in the Mahabharat conflict, which was fought at Kurukshetra. An ancient temple of Maa Mahakaali, located near Sonipat on Kami road, at the rear of Ram Leela Ground, is claimed to be around 6000 years old. It is also stated that the Pandavas worshipped here before heading to war at Kurukshetra, seeking Maa Kaali’s blessings for their triumph. The Pandavas also built Pandva’s Well, which is located near this temple. There was also a prayer site (Maadhi) of Chandi Maata that Lodhamal reconstructed in 1377.

An everlasting flame carried from the temples of Calcutta and Kalkaji continues to burn at the shrine of Maa Mahakali. It is also claimed that anyone who prays here for 40 days with a devout and pure mind would have his wishes granted. When their wishes are granted, the worshippers present Maa Mahakaali with a lemon garland. This has served as a place of worship for people of various religions and castes. Fairs are held here twice a year, first on SheetalaShaptmi following the Holi Festival and once in the Asaadh Month. During the fair, people sell sweets prepared from fresh grains/crops, as well as coconut, fruits, and fabric (Chunri). Every Saturday, a Special Prayer is held in the temple. Devotees renovated and rebuilt the temple again in 2002, giving it a fresh appearance. Lala Shyam Lal Kuchhal is currently in charge of the temple’s operations.

Sonipat is a historic city. On the ancient DC Road in Sonipat, there is a mosque called Mama Bhanja Dargah. This mosque is seen as a symbol of Hindu-Muslim cooperation. There was a temple here hundreds of years ago, according to legend. This temple was once cared for by an elderly priest from the neighbouring town of Garhi Brahmanan. One day, an old Muslim Faqir came here and demanded that the priest of the temple allow him to end his life in the temple grounds in order to earn salvation. He also asked the priest to summon his nephew from Rohtak. Due to his advanced age and impaired vision, the priest demonstrated his incapacity to do so. According to legend, the aged Faqir requested that the priest place his fingers on his eyes to restore his vision.

Later, the same Faqir’s nephew also died here, and the temple was converted into a mosque and renamed Mama Bhanja Dargah. Since then, there has never been any communal strain or friction here. It has come to represent peace, harmony, and fraternity among people of all faiths and communities. The Urs Festival is held here once a year on the 11th of Moharram’s Moon. Mohammed Mobin is currently in charge of this mosque.

Sonepat is a historically significant and ancient city. Baba Puranmal so of King Salewan, who ruled Shalkot, came to village Nahri in District Sonepat thousands of years ago for meditation and spiritual happiness. During that time, the land near Nahri was densely forested, and extremely old trees of Gular, Peepal, Bargad, Janti, and other species may still be found here. Diety Shiv Dada Shambhu’s temple was built here with this traditional perspective in mind. The worshippers have built a magnificent temple in place of the previous modest temple. Later, Baba Kude Nath, Baba Mast Nath, Ranpat Nath, and Maan Data Nath came here for ‘Tapasya’ in order to achieve spiritual bliss.

As a result, this Tapasya Sthal and temple have become a spiritual redemption centre for people. A large fair is conducted here twice a year, on Phagun Navami (March) and Asadh Saptami (April) (July). Many saints and sages still come here to worship and be saved. As the priest, Baba Karambeer Nath is currently in charge of this location.

How to Reach Sonipat

Indira Gandhi International Airport, which is 67 kilometres away, is the closest airport.

The railway station is located near the ICICI Bank on State Highway No. 20. The Delhi-Chandigarh Shatabadi, Jhelum Express, and Himalyan Queen are just a few of the notable trains that travel through Sonipat.

The bus stop is just before Mama Bhanja Chowk on State Highway No. 20. Bus transportation to neighbouring cities and towns is available on a regular basis.