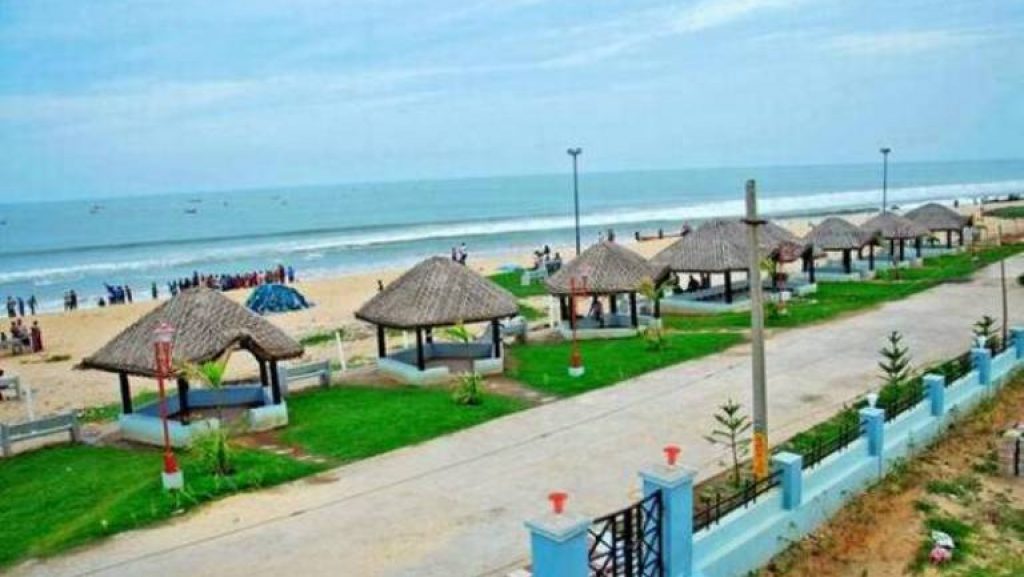 Prakasam is one of the nine districts that make up the Coastal Andhra area of Andhra Pradesh, India. It was established in 1970. Ongole is the district’s administrative centre.

Best Places to Visit in Prakasam

Kothapatnam is a tiny coastal hamlet in the Indian state of Andhra Pradesh’s Prakasam district. It is under the Kothapatnam mandal of the Ongole revenue division. Kothapatnam Beach is a popular tourist destination in Ongole. The beach, which is located 18 kilometres from the city, is a popular destination for both locals and visitors. You are mesmerised by the pure blue waves of the sea, the great expanses of beach, and the calm air. Boating is possible here. The beach is less crowded during the Karthika Purnima festival, when hundreds of residents flock there.

Road – Ongole and Kothapatnam are neighbouring towns with road access to Kothapatnam.

The APSRTC operates a number of buses from major cities to here.

Pakala is a hamlet in the Andhra Pradesh district of Prakasam. It is in the Singaraya Konda Mandal. Pakala is located on the Bay of Bengal’s coast, 5 kilometres east of Singarayakonda and 3 kilometres north of Ullapalem, with the sea to the east. It is located at 15°16′ N and 80°04′ E, with an elevation ranging from one foot near Pallepalem to around 25 ft (7.6 m) on the west side of the settlement.

Vodarevu Beach is about 6 kilometres west of Chirala on the Bay of Bengal’s west shore. It is located in the Andhra Pradesh district of Prakasam, 6 kilometres from the district’s Vodarevu Beach. The beach is lined by coconut palms.

Ramayapatnam Beach is located on the shore of the Bay of Bengal in the Indian state of Andhra Pradesh’s Prakasam district. The beach is being developed for tourism by the APTDC, the state tourist body.

Sri Malyadri Lakshmi Narasimha Swamy Vari Devasthanam is a Hindu Narasimha (Vishnu avatar) who has a temple at Malakonda, Valetivari Palem, Prakasham district, Andhra Pradesh, India. He is Malyadri’s Lord (Malakonda). A great number of worshippers pay their respects to Lord Lakshmi Narasimha at his hallowed temple. One of the NavaNarasimhas is Malyadri (Nine Narasimhas). The term ‘Malyadri’ refers to how the Parvatas are arranged like a floral mala.

Bhairavakona is a sacred spot located in the heart of the Nallamala Hills in the Prakasam district of Andhra Pradesh, India. The term Bhairavakona comes from the fact that there is a temple dedicated to Sri Trimukha Durgamba Mahadevi, as well as a temple dedicated to Sri Barguleshwari Swamy, at that spot, and Bala Bhairava Swamy defends the area. Bhairavakona is located 43 kilometres from Udayagiri, a town in the Nellore district. Buses are available from the APSRTC’s Udayagiri depot to Seetharamapuram, which is 15 kilometres from Bhairavakona. Shared autos may be used from Seetharamapuram to Bhairavakona. An old Shiva temple can be seen here. There is a waterfall that falls from a height of 200 metres and eight temples built into the mountainside. On Kartik Poornima, the moonlight falls on the idol of goddess Parvati at a temple in Bhairavakona, which draws worshipers. Prakasam has a lovely water fall.

One of the district’s key projects is the Rallapadu reservoir. It was built in Kandukur constituency, Linguara Mandalam, Rallapadu. With a total area of 2202 square kilometres, 31.30 million cubic metres of storage capacity is under development, as are 16,500 acres legally and 8,000 acres informally. A 20km length equals 14500 acres, while a 3km length equals 1500 acres. The new spillway features 5 gates in the 12.19 7.62m evolution and 12 gates in the 12.19 4.57 m evolution. Kondapur in Nellore district provides drinking water and irrigation as a felicitation point for the Goodlaru and Gender Sea zones in Prakasam district. Agriculture-friendly.

The medium-sized project, which covered an area of 6.47.5 square kilometres and had a capacity of 61 million cubic metres, was constructed between 1906 and 2121. It is grown in 12,719 acres in Palmur mandal and 12.519 acres in Kondupuram mandal in Nellore district.

Best Time to Visit in Prakasam

The months of October to March are ideal for visiting this town. Ongole is the biggest city in Andhra Pradesh’s Prakasam district. The city has a lovely combination of ancient past and natural beauty, surrounded by temples and beaches.

How to Reach Prakasam

Ongole is the biggest city in the Andhra Pradesh district of Prakasam. The city has a lovely combination of historical tradition and natural beauty, with temples and beaches on each side. For those seeking for a relaxing and peaceful weekend vacation, Ongole is a good option. Ongole’s magnificent sights include Kothapatnam Beach, Vodarevu Beach, and Chennakesava Swamy Temple. The city is connected to the rest of India through a variety of forms of transportation.

How to Reach Ongole by Air

The nearest airport to Ongole is Vijayawada Airport. Vijayawada is accessible through nonstop flights from Delhi, Chennai, and Hyderabad. Otherwise, stopover flights to the city are accessible from locations like Kolkata, Mumbai, and Lucknow, among others. Taxis may be booked from the Vijayawada airport to get to Ongole.

How to Reach Ongole by Road

Ongole is well connected by road to India’s major cities and towns. Passengers may take buses from Vijayawada and Hyderabad, which run on a regular basis and at regular intervals.

How to Reach Ongole by Rail

Ongole Railway Station serves as a hub for trains connecting Ongole to the rest of Andhra Pradesh. Alternatively, trains may be taken from major cities to Vijayawada, Hyderabad, or Vellore, and then a local cab or bus can be booked to go to Ongole.