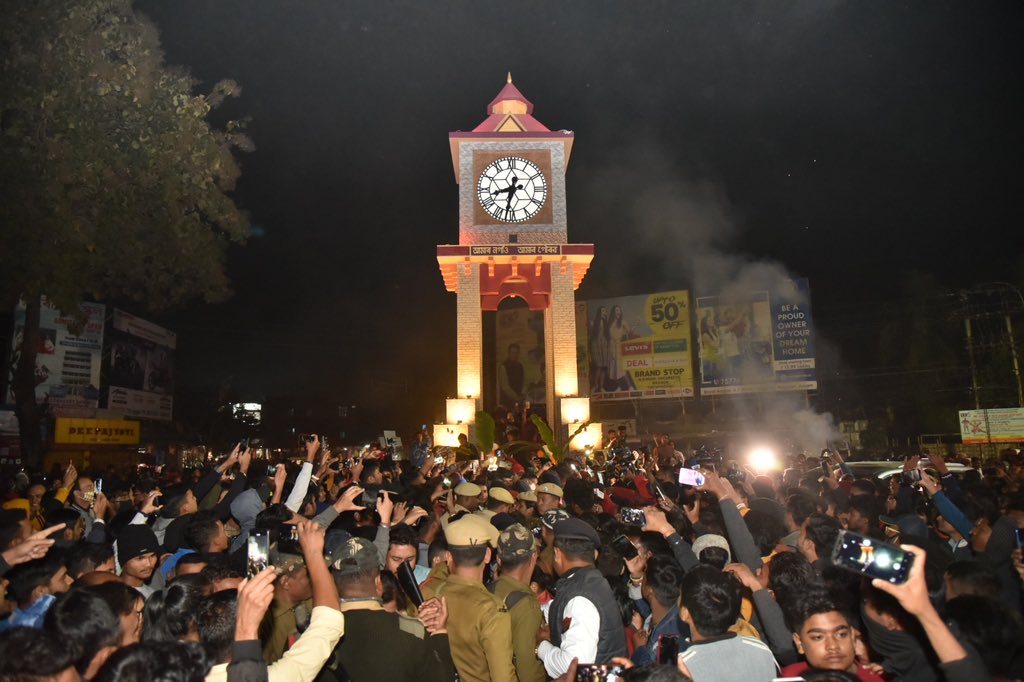 Nagaon is a city and a municipal board in the Nagaon district of Assam, India. It is located 121 kilometres east of Guwahati in Assam. Nagaon, in Assam’s evergreen state, is a lovely destination to visit, and it is home to the world-famous Kaziranga National Park. It is well-known for successfully conserving the one-horn rhinoceros as well as a variety of other rare and endangered species.

Best Places to Visit in Nagaon

Nagaon is one of Assam’s biggest districts, with several tourism attractions. Shiv Temple, Nagaon Kala Mandir, Kaziranga National Park, Laokhowa Wildlife Sanctuary, Nagong Baptist Church, and others are some of the must-see sites in this region. Definitely a one-stop shop for spiritual instruction and becoming one with nature.

Places of Tourist interest in Nagaon

Kaziranga is well-known around the globe for its effective protection of the Great One-Horned Rhinoceros. It also serves as a haven for a variety of endangered wild creatures and migratory birds. The Kaziranga Landscape is made up of sweeping grasslands, multiple water bodies, and woods that serve as a great home for a wide range of flora and wildlife. The flood plain environment, which serves as an essential sanctuary for a diverse range of wildlife, is the consequence of the Brahmaputra River and its tributaries. Kaziranga is a vast network of rivers, lakes, and marshes in the Brahmaputra River’s flood basin. It is a critical habitat for bigger animals and birds, with 17 species of mammals, 23 species of birds, and 10 species of reptiles on the endangered list.

— World’s largest population of Indian One Horned Rhinoceros: 1855 as per 2006 census

Bordowa, also known as Batadrava, is located 18 kilometres north of Nagoan. It is the birthplace of Assam’s famed Vaishavite saint Sirmanta Shankardev. The town of Narowa, famous for its two satras, the Narowa Satra and the Salaguri Satra, is a collage of Assam’s rich religious past.

When Srimanta Sankardeva returned from his first journey in 1494, it is believed that satras were established. He called the shrine Thaan in honour of the idea of one deity, one intellect, and one soul.

Bordowa’s satrra is a prominent religious centre for Vaisnava devotees from all across the state.

Samaguri Beel is a wetland 16 kilometres east of Nagaon. It was formed by the Kolong River’s abandoned course. It is also known as Pokhi Tirtha or Bird Pilgrimage because a variety of migrating bird species visit this location throughout the winter from all across the country.

Laokhowa Wildlife Sanctuary is located on the southern bank of the Brahmaputra River and encompasses an area of approximately 70.13 square kilometres. It is a recognised buffer of Kazairanga Tiger Reserve and is a vital element of the Laokhowa-Burachapori eco-system. The sanctuary is home to huge Indian one-horned rhinoceros, elephants, royal Bengal tigers, Asiatic water buffaloes, and over 225 bird species. Other creatures sighted in the refuge include a barking deer, a fishing cat, a leopard cat, a civet, and a wild pig. The sanctuary also serves as a breeding place for 39 different species of fish, 9 different species of amphibians, and 14 different species of reptiles.

Champawati Kunda falls are located near Nagaon’s Chapnalla town. The waterfall is a stunning natural wonder that has existed since the dawn of time and has served as a home for many birds who come to visit. The historical location is also well-known for the temples that can be located nearby. The ravine at the top winds its way through a few boulders before emptying into the pond at the base of the falls. The waterfall is a famous tourist destination and a great way to spend a day outside.

Silghat’s port is noted for its historical significance and is located on the banks of the Brahmaputra. The port is bordered by hills and hillocks, some of which include monuments that tourists can explore. One of these is Samantagiri, which features the Hatimura temple, which was built in the 18th century.

The temple of Goddess Mahishamardini, which was established during the time of Ahom ruler Pramatta Singha, is located nearby. The temple is well-known due to historical evidence of human sacrifices taking place there. The temple houses a number of relics that were used during Ahom era rites. The temples are a must-see for history fans since they offer a unique peek into the Ahom empire and its legacy.

Ranthali is well-known for its Assamese gold-plated jewellery. It is 6 kilometres from the town of Noagaon. Almost every household in these communities is involved in the production of traditional gold jewellery.

The art, which was previously patronised by local Ahom and Bhuyan monarchs, is unique to the area.

Raha Town is a major trading centre in Assam for agricultural products like as jute, paddy, and mustard. The Fishery Training College, the first of its type, is located here.

The Kamakhya Temple, located on a hill in Silghat, is known as Assam’s second Kamakhya Pith. The temple’s principal deities are Goddess Durga and Kamakhya. The main temple was created during the time of Banamalavarman of the Salasthambha Dynasty, and when it was devastated by natural disasters, it was reconstructed in 1745 AD by Ahom Swargadeo Paramatta Singha. The Ashokastami Mela, which takes place near the temple in April, is a popular tourist attraction.

The Hatimura Durga temple, located on a hill to the east of Silghat town, has long been regarded as one of Assam’s most important Shakti sites. It was constructed between 1745 and 1746 AD during the reign of Ahom ruler Paramatta Singha. The major deity of the temple is Goddess Durga in her Mahisasuramardini form, which is sculpted on a rock in the shape of an elephant’s head.

Nagaon is 40 kilometres away from Misa Polo Club. It was founded in 1888 as a tea planters’ and British district administration leaders’ club. Set in the lovely surroundings of Kellyden Tea Estate, the club has a nine-hole golf course as well as a variety of other athletic facilities.

This sub-division town, located 48 kilometres east of Nagaon, is historically significant. During the Ahom era, it was the headquarters of the Barphukans. It was also the site of multiple fights against Muslim invading forces.

It is a major and attractive river port on the south bank of the great Brahmaputra, located 48 kilometres from Nagaon town. This port town maintains Central Assam’s pre-communication linkages across the Brahmaputra. Silghat, in addition to being home to the Assam Co-operative Jute Mill, features a number of temples that attract visitors. A large Samantagiri hill attracts large visitors from all around the world.

According to some historians, it was the headquarters of the Doboka kingdom, which was mentioned in the Allahabad inscription of the Gupta Emperor Samudragupta. It is located 34 kilometres south-east of Nagaon. Many picnickers go to the Akashiganga waterfall in Doboka.

These are two highly major railway crossroads that also happen to be commercial centres. Lumding also serves as the NF railway’s divisional headquarters. Lumding also has a number of small-scale enterprises, such as candle manufacturers and trunk factories.

Situated at about 6 km from Hojai, it has become well known after the recent discovery of remnants of a fort and three stone temples decorated with carvings and base-reliefs. Seven Siva Lingas have also been excavated and preserved here. An 11th century century idol of Chamunda has been discovered at Navanga village, 2 kms from Jugijan.

KAMAKHYA TEMPLE: Silghat is home to the well-known Kamakhya Temple (Bank of the river Brahmaputra ). Every year, the Ashok Astami Melais are conducted near the Temple.

Best Time to Visit in Nagaon

Winter is the greatest season to visit Nagaon. The season is cold and frigid, yet it is pleasant and great for vacations.

How to Reach Nagaon

There is a lot of bus service from Guwahati, Jorhat, and Tezpur to Nagaon, and the schedules are flexible. Between Guwahati to Nagaon, there are several government and private buses. The district is roughly 120 kilometres east of Guwahati, with a travel duration of 2 hours on average. Nagaon is around 190 kilometres from Jorhat and 75 kilometres from Tezpur. Taxis are readily accessible from all major cities to Nagaon.

Between Guwahati to Nagaon, there are numerous trains. Train travel from Guwahati to Nagaon takes about 2 to 3 hours. The main railway junction of Chaparmukh is located 30 kilometres from Nagaon, near Raha. The district headquarters contains two railway stations, one in Nagaon and the other in Haibargaon.