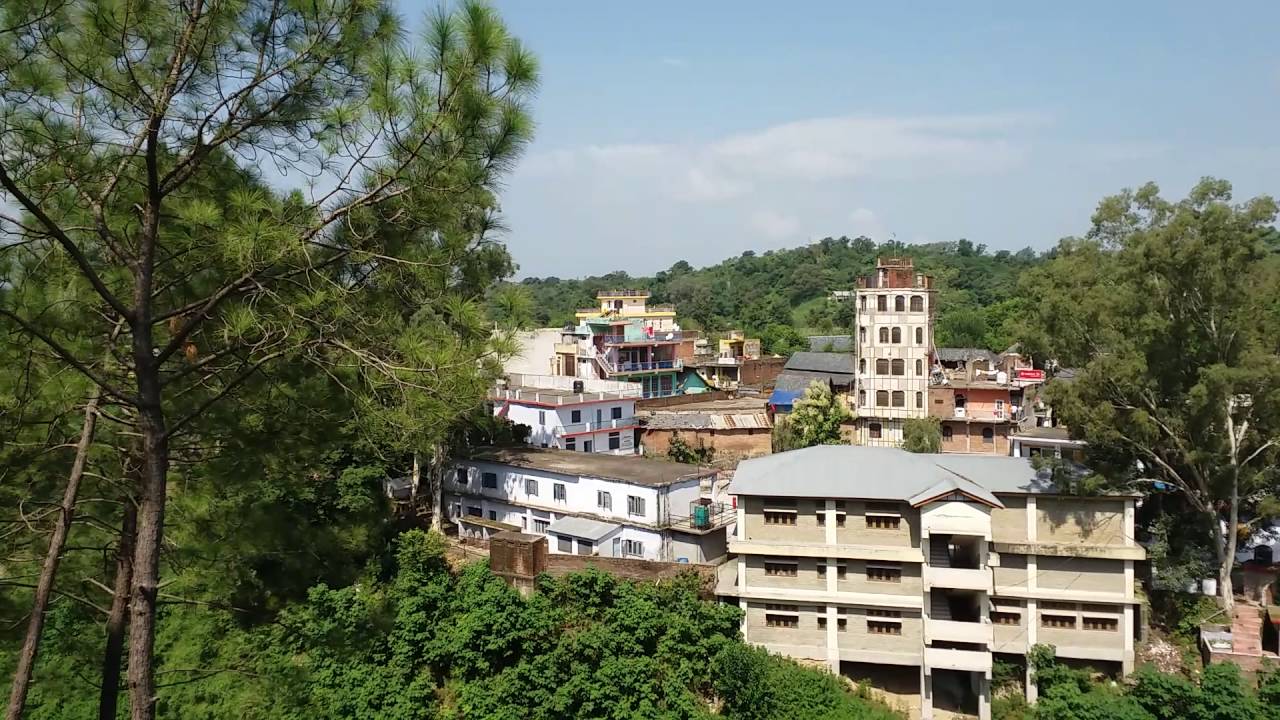 Hamirpur is the administrative centre of the Hamirpur district in the Indian state of Himachal Pradesh. The Shivalik Ranges around it. At an average height of 790 metres above sea level, Hamirpur is found in the Lower West Central Outer Himalayas.

Sujanpur It was founded in 1748 A.D. by Raja Abhay Chand, king of Kangra’s ruling Katoch family. Nawab Gulam Mohammed of Rampur is buried here. There are five historic temples in Tira and Sujanpur, as well as Raja Sansar Chand’s Bara-Dari (Court Room) in Sujanpur. In 1793 A.D., Raja Sansar Chand built a temple dedicated to Gauri Shankar in hallowed remembrance of his mother. Murli Manohar and Narbadeshwar temples (built by Pransani Devi, the Suketi Rani of Raja Sansar Chand) were also constructed during this time period, in 1790 and 1823 A.D., respectively. Other well-known temples include the Mahadev temple, the Devi temple, and the Vyasheshwar (Rishi Vyas) temple. This region was initially explored by a German named ‘Traveck,’ and later by a British named ‘Moorcraft.’ In and around Sujanpur, adventure activities including as paragliding, angling, rafting, and trekking are popular. In addition to this, the location is well-known for the Chaugan (ground), which is the largest in the state. During the Holi holiday, this venue hosts a well-known four-day State Level Holi Fair. This is also the location of the famed Sainik School SujanpurTira. The college holds the unusual distinction of receiving the highest selections in the Indian Defense Services.

It was once the headquarters of the Nadaun Jagir, where Maharaja Sansar Chand of Kangra held his court during the summer for a number of years throughout his reign. Nadaun is also famous for the Bilkleshwar Mahadev temple, which is supposed to have been built by the Pandavs. Nadaun is known for its lovely inhabitants and a Gurudwara that was built in 1929. During the reign of Sansar Chand II, Nadaun was a major location. There was a saying in Kangra hill that said, “Whoever comes to Nadaun will not leave.” This is explained by the fact that Nadaun had two hundred singing and dancing girls, and anyone who fell under the spell of these enchantresses never wanted to leave. Ghulam Mohiuddin writes in Tarikh-i Punjab.

It’s a quiet town with a nice Rest House, an old palace, and a Shiva temple. Some of the artwork from that era can still be found in the Palace Building at Amtar. Jawalajee temple is also nearby and may be reached from here. This location offers outstanding Mahaseer fishing opportunities in the nearby Beas River. Another attraction is river rafting from here to Dehra and beyond. Anglers can stay in nice camping areas. The Amtar Cricket Stadium (built by the Himchal Pradesh Cricket Association) is well worth a visit. The Atal Bihari Vajpayee Cricket Stadium, built by the HPCA (Himachal Pradesh Cricket Association) on the banks of the Beas River, is also worth a visit.

Temple of Sidh Baba Balak Nath Deothsidh is located on the boundary between the districts of Bilaspur (70 kilometres) and Hamirpur (45 kilometres), and is well connected by roads on both sides. During Navratras, there is a steady stream of tourists seeking the Babaji’s blessings. Every year, from 14 March to 13 April, the Chaitra Mela Shri Sidh Baba Balak Nath Ji celebration is held. Temple Trust arranges for a stay and provides water, bathrooms, and other necessities. More tourists are likely to visit because of additional accommodations and the development of a rope way between Shah and Talai. This temple is one of the most important revenue-generating institutions in Himachal, and it attracts about 45 lakh devotees from all across the country each year. Sunday is considered an auspicious day for Babaji and so receives a large number of devotees on this day.

Markandya Rishi is located in the district Hamirpur, 6 kilometres from Deraparol on the bank of the KunahKhad. According to the Puranas, the idol of Rishi Markandya was placed there. There is also a natural water spring nearby. Markanda’s fair is likewise well-known.

It is 15 kilometres from Hamirpur towards Bilaspur on the Dharamshala-Shimla road. The location is well-known for Radha Swami Satsang, and the same religious foundation built one of the state’s major charitable hospitals.

It is located 9 kilometres from Hamirpur on the Hamirpur-Jahu route. The Lord Shiva temple, which dates back 400 years, is located here. People from all over the world come to this holy site to seek Lord Shiva’s grace. Every year on the first Monday of the Jayshtha Month (typically in mid May), a famous Cattle Fair is held in Gasota, and people from local areas and other states come to see Shivlinga and trade cattle. This is a stunning location. A natural water stream flows alongside the temples, adding to their beauty. To make things easier for guests, a cow shed for Gaushala and Pandu Sarovar has been created within the temple compound.

A well-known Shani Dev Temple is located 10 kilometres from Hamirpur in the village of Sarlin (Lambloo). Visitors travel from all over the world to see the Shani temple and Tula Daan. On weekends, especially on JayshthaShanivaar, there is a huge rush to this location. The Temple Trust was founded under the HP Hindu Public Religious Institutions and Charitable Endowment Act to oversee the temple.

Hamirpur city, located at an elevation of approximately 786 metres above sea level, is a peaceful and attractive location. This city, named after King Hamir Chand, has a long and illustrious history. Many people in this field have distinguished themselves in education, defence services, sports, administrative services, and technology. Hamirpur city has emerged as the state’s educational hub in recent years.

Himachal Pradesh Technical University, Dr. Radha Krishnan Government Medical College, National Institute of Technology, Institute of Hotel Management, College of Horticulture and Forestry, Government Postgraduate College, Polytechnic, and Schools are among the excellent educational institutions established here. Aside from that, certain private educational institutions founded here are also performing admirably in the field of education. All of these institutes are within 5 to 8 kilometres of Hamirpur. Because the majority of the people in this region work in defence services, the Directorate of Sainik Welfare and the office of the Managing Director of Himachal Pradesh Ex-Servicemen Corporation are also located in Hamirpur.

The winter season is the finest time to visit Hamirpur. The weather stays pleasant, making it ideal for sightseeing. October, November, December, and February and March are the ideal months to visit. Hamirpur’s summers are hot and humid.

How to Reach Hamirpur

The district headquarters are located at Hamirpur, a tiny yet lovely town near the district’s centre.

Hamirpur is well connected by road to all of Himachal Pradesh’s main cities and towns, as well as bordering states. Hamirpur is accessible all year, and road travel is the most common form of transit. Hamirpur is easily accessible by road, train, or air.

The Himachal Road Transport Corporation (HRTC) runs a well-maintained fleet of Super Luxury, Luxury, Super Fast, and Ordinary buses to all important locations. Within the state, privately run bus transportation is also available. At most locations, a hired taxi service is also available.

Visit Hamirpur through Pathankot Jawalamukhi Road, a narrow gauge connection about 58 kilometres from the town, to appreciate the grandeur of the steep serpentine road. All of the Railway Stations have frequent bus/taxi service to and from them.

Because the district of Hamirpur lacks an airport, there is no direct air service or flight to this town. Gaggal (Kangra), in Dharamshala, is the closest airport to Hamirpur. Gaggal Airport is around 83 kilometres from Hamirpur, and there is frequent bus and taxi service to and from Gaggal. Gaggal is now served by Air India and SpiceJet (Dharamshala DHM).