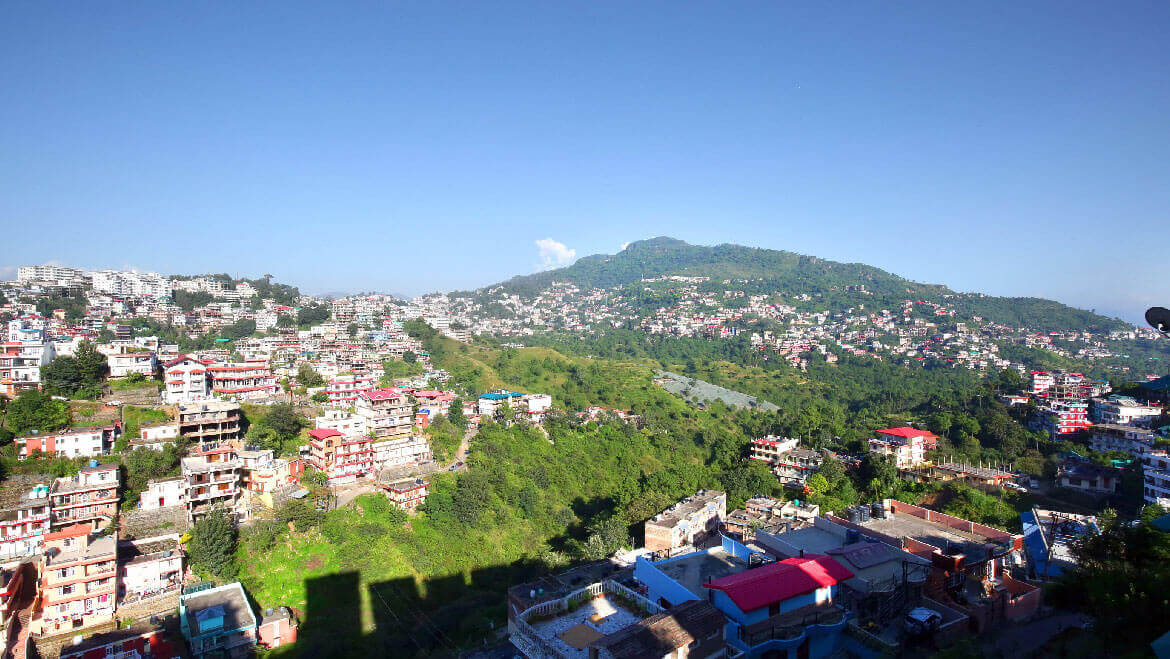 Solan is the district headquarters of the Solan district in the Indian state of Himachal Pradesh. Solan is known as the ‘Mushroom City of India’ and ‘The City of Red Gold’ due to its large agricultural production of tomatoes and mushrooms. The city is the largest in the state of Himachal Pradesh, with an average height of 1,600 metres above sea level. It is a pleasant location to live. The city offers ideal climatic conditions, which are neither too hot nor too cold. The major festivals are held on Solan’s Thodo field. It also contains a variety of tourist attractions, such as the Ashwani Khad Solan National Heritage Park and the famed Shoolini Temple.

Solan is mostly wooded, with hills and mountains around it. The hill station is largely used as a connecting point to other prominent hill stations such as Kasauli, Kalka, and Chail. Because of the large amount of tomatoes produced in the area, Solan is also known as the “city of red gold.”
Kasauli, Nalagarh Palace, Kuthar Fort, Shoolini Mata Temple, Chail, Solan Brewery, Menri Monastery, Majathal Sanctuary, Children’s Park, Bon Monastery, Mohan Shakti National Park, Jakhu Temple, Kufri, Christ Church, and Monkey Point are among the places to visit in the state of Rajasthan.

Best Places to Visit in Solan

This little hill station appears to be trapped in a time warp from the nineteenth century. Kasauli’s (1951m) narrow roadways snake up and down the hillside, providing some spectacular views. Directly below is a large expanse of Punjab and Haryana plains that, as night falls, unroll a magnificent carpet of glittering lights. The Monkey Point, Baba Balak Nath Temple, Shirdi Sai Baba Temple, Christ and Baptist Church, and Lawrence School are among the places to see in Kasauli.

Chail is a well-known Himachal Pradesh destination. The Chail Palace is highly recognised for its architecture; the palace was built under the British Raj as a summer resort for the Maharaja of Patiala. Chail is linked to both Solan and the Shimla District Headquarter. Shimla is 49 kilometres away, and Solan is 38 kilometres away. The Palace Chail, Cricket Ground, Kali Tibba, and Hanuman Temple are among the places to see in Chail.

Solan is the district’s administrative centre. The area gets its name from Solan town, which grew up when the cantonment was built here in the last quarter of the nineteenth century. Following the foundation of the cantonment here, the Mohan Meakins brewery was established. The brewery was established in 1855. The town served as the capital of the royal Baghat State. Baghat is derived from Bau or Bahu, which is a mountainous term that means “many” and ghat, which means “pass.” Initially, the state headquarters of Baghat State were located in Bhoch in the Bhuchali pargana, but the state headquarters were relocated to Solan following the establishment of a cantonment here. The railway line was operational 100 years previously, in 1902.

Summer and the beginning of monsoon season are the finest times to visit Solan. The weather stays pleasant, making it ideal for sightseeing. February, March, April, May, August, September, October, and November are the finest months to visit.

How to Reach Solan

Solan is conveniently accessible by bus from other large cities .Bus Station(s): Solan