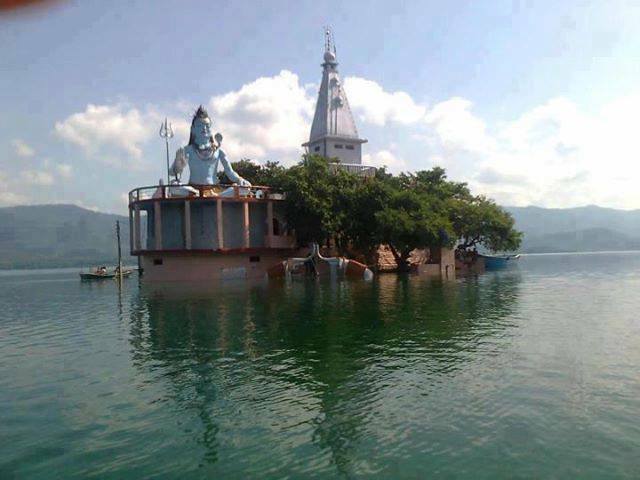 The Chintpurni fair, also known as the ‘Mata Da Mela’ (Mother Goddess Fair), is held in the village of Chintpurni, on a spur of the same-named hill range, some 3 km west of Bharwain. The event takes place near the Goddess Bhagwati Chhinmastaka temple, where the mother Goddess is claimed to have manifested in astral form in ancient times. The location is accessible through a metalled road from Una, Hoshiarpur, and Kangra, which are 56, 48, and 64 kilometres distant, respectively.The fair being held from time immemorial is held thrice a year in the month of Chet (March-April), Sawan (July-August) and Asanj (September-October). In chet and Asanj, the fair is held in Navratras whereas in Sawan it taken place during the first ten days of shukla paksha i.e. the bright half of the lunar month. The fair which is residential fair by nature, lasts for nine days during the navratras and for ten days in Sawan. The fair continues day and night but the attendance is the largest on its 8th day.

Dera Baba Rudru, founded by a celibate solitarian Baba Rudranand in hamlet Nari, about 10 kilometres from Una, is located near Basal village on the Una-Amb route. Baba ji was given the name Rudra since he was thought to be a portion of Lord Shankar. According to local tradition, Baba’s cows and herders were once given a sound thrashing by the local nambardar. When the herders finished recounting the entire storey, Baba Rudranand inquired about the discomfort they were in. The herders claimed that they believed the nambardar was merely playing pranks on them.

Dera Baba Gurbarbhag Singh is located in Amb Tehsil’s hamlet Mairi, 3 kilometres north-east of village Nehri, on the Una-Amb-Nadaun-Hamirpur route, which is almost 40 kilometres from Una. A visit to the ‘dera’ (holy shrine) is thought to heal patients who have been possessed by evil spirits or are suffering from other negative effects.

Una is one of the few locations in India that can be visited at any time of year. The weather is pleasant throughout the year, making it great for nature enthusiasts and those who want to take in some breathtaking vistas. The commencement of the Winter Season is in the month of October.

How to Reach Una Himachal

Solan is conveniently accessible by bus from other large cities. Bus Station(s): Solan