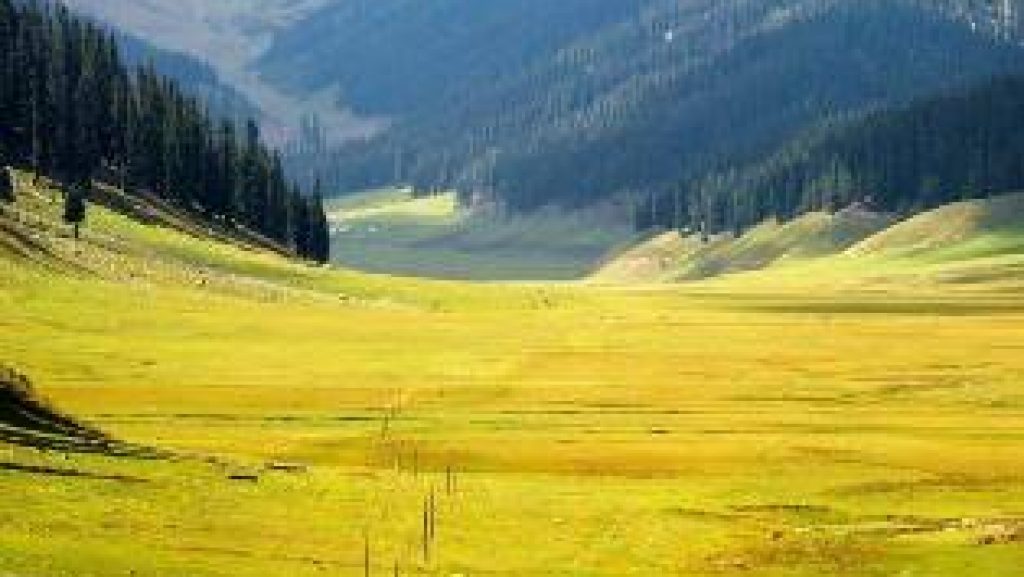 Kupwara is a city and municipal council in the Kupwara district of Jammu and Kashmir, which is governed by India. The Municipal Council of Kupwara is a 13-member Urban Local Body that administers the city. It runs across the Himalayas, connecting the Karnah tehsil of the Kupwara district to the remainder of the Indian-controlled Kashmir valley. It’s part of the massive Shams Bri mountain range. It is approximately 3000 metres above sea level. The pass is most known for the legend of the Blind and Deaf Fairies, which has been passed down through the generations.

Best Places to Visit in Kupwara

The Seemab Valley is located at the entrance to the LolabValley, approximately 4 kilometres from the tourist welcome centre in Kupwara. The valley offers natural scenic splendour and a perennial water source known as DaalKul. It is surrounded by beautiful green woodlands and so offers plenty of opportunities for day picnics. While visiting this location, consider participating in some adventurous activities such as rock climbing and trekking.

Lolab valley, named after Maharaja LOLO, is famed for its beautiful green woods and meadows, extending about 25 kilometres from north-west to south-east, with widths ranging from a few yards to 5 kilometres. It is crossed by the Lalkul stream (Lahwal). Water to Lalkul is supplied by various rivers coming from the surrounding hills, which are covered in deep Deodar forest, and the valleys, which have an average depth of 7 to 15 feet and are unique in their kind.

It is also renowned for the Sat Barran (Seven Doors) and a cave in Madmadav’s forests. Anderbaughvillage is home to the well-known Lov-nag. Aside from its natural beauty, Lolab Valley is historically significant since Varnow village, a tiny community in the area, is where Allama Anwar Shah Kashmiri was born. Lolab Valley now has a well-developed infrastructure and is well connected to the rest of the region. It connects to Machil, which is famous for its water fall, Rangil. Lolab Valley has not only attracted the Bollywood crowd, but has also been admired by saints, poets, and philosophers for generations. Other well-known sites with great potential include Chandigam, Dooruswani, Khurhama, Krusan, Khomrial, Nagsari, and Cherkoot.

The valley of Bangus is one of Kashmir’s lesser-known locations with significant tourism potential. Bangus, located in the Trans-Himalayan region, is a rare natural mix of a mountain biome with grassland flora at lower elevations; and Taiga or Coniferous woodland. The valley is located in the northern portion of the district Kupwara, within the Handwara sub-district, at an elevation of roughly 10,000 feet above sea level. The main valley, called locally as Bodh Bangus (Big Bangus), occupies an estimated size of 300 square kilometres (20×15 kilometres) and consists of a linear elliptical bowl aligned along the east-west axis. The valley is bounded on the east by Rajwar and Mawar, on the west with Shamasbury and Dajlungun Mountains, and on the north by Chowkibal and KarnahGuli. On the north-eastern edge of the main valley is LokutBangus (Small Bangus), a tiny valley.

Both valleys contain flat green meadows bordered by low-lying mountains covered with dense Coniferous woods (budloo) and a creek that runs through them.

Sadhna Pass is a mountain pass in the Indian state of Jammu and Kashmir. It is located in the Himalayas and links the Karnah tehsil of the Kupwara district to the remainder of the Indian-administered Kashmir valley. It is part of the huge Shams Bri mountain range. It is approximately 3000 metres above sea level. The pass is well renowned for its mythical narrative of Blind and Deaf Fairies, which has been passed down through generations.

Best Time to Visit in Kupwara

The months of March through August are ideal for a trip to Kashmir.

The months of March through August are the best for visiting Kashmir. Tourists flock to Kashmir Valley to see this ‘paradise on earth’ and take advantage of everything it has to offer. Kashmir is covered by two seasons at this time. Summer (March to early May) and Spring (March to early May) (early May to late August).

How to Reach Kupwara

Sopore and Baramulla are the closest railway stations.

Buses/cabs are available at the Srinagar bus/cab stop to get you to this location from Srinagar.