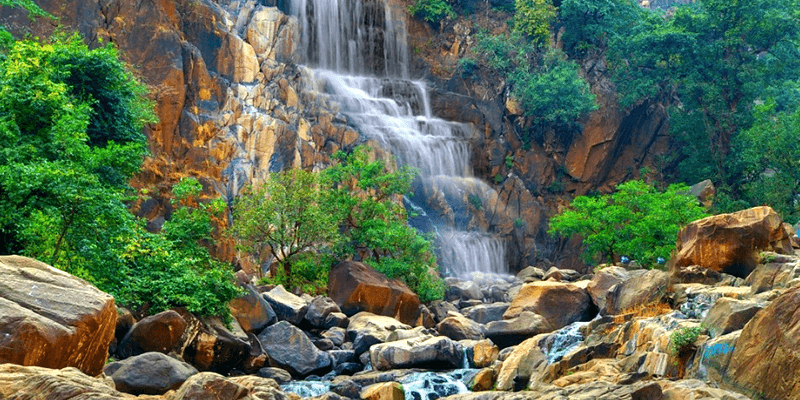 Palamu is one of the twenty-four districts that make up the state of Jharkhand in India. It was established in 1892. Medininagar, on the Koel River, is the district’s administrative headquarters.

Best Places to Visit in Palamu

The Palamu region, which is surrounded by woods and mountains in Jharkhand province, is abundant in natural beauty and historical-mythological monuments. Mohammedganj, which is part of the Hussainabad subdivision, is also included in this region. This is where the fabled Bhima Stove may be found. Legend has it that this is the same 5,000-year-old stove that Bhima used to cook for the Pandavas during their ignorance. This boulder-built stove on the banks of the Koyal river is a quiet testament to the Pandavas’ area’s halt.

Near Mohammed Ganj Barrage lies the well-known Bhima Chulha. Tourists are pleased to visit both locations as a single tourism destination. The elephant found in the stone on the hill near the Bhim Chulha is also visible, which people reverently worship. Bhim Stove is also served by the Dahir Bhartiya Rail line, which runs from Borwadi to Bhim Stove.

Bhim Chulha may be accessible through road or rail from Daltonganj, and Mohammed Ganj Railway Station is close by.

Best Time to Visit in Palamu

How to Reach Palamu

Ranchi, 165 kilometres from Medininagar, is the nearest airport.

In the vicinity of Palamu, there are several major railway stations.

Palamu has a road system in place that connects it to other locations and states.