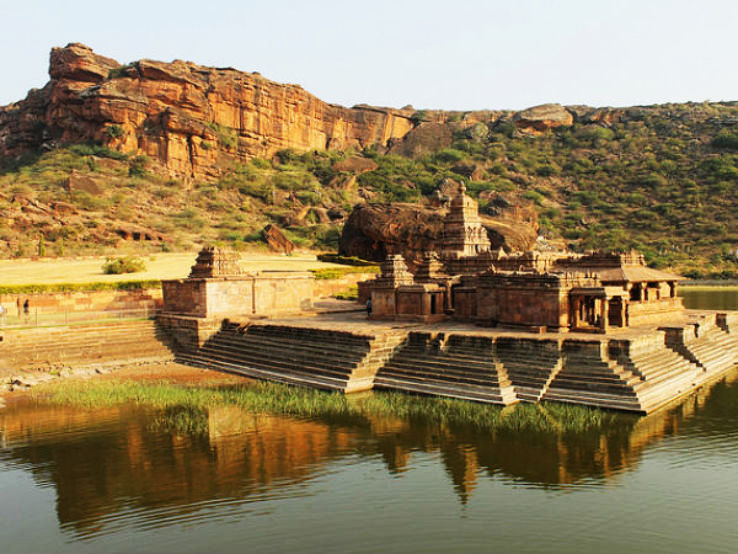 Bagalkote is a city in the Indian state of Karnataka and the administrative centre of the Bagalkote district. It lies around 481 kilometres northwest of the state capital Bangalore, 410 kilometres southwest of Hyderabad, and 570 kilometres southeast of Mumbai, on a branch of the River Ghataprabha. Bagalkot has a rich cultural legacy that has been enhanced by its fascinating historical and religious context. The city is famed for its magnificent holiday events, which reflect its rich history. The four-day Holi Habba celebration, when the city is bathed in colour, is a fantastic time to come.

Best Places to Visit in Bagalkot

Aihole has been mentioned in Hindu myths. It has a natural axe-shaped rock on the Malaprabha river bank north of the settlement, as well as a footprint on a rock in the river. According to mythology, Parashurama, the sixth Vishnu avatar, cleaned his axe here after slaying arrogant Kshatriyas who were abusing their military authority, giving the region its crimson hue. A 19th-century local legend held that rock footprints in the river belonged to Parashurama. A location near the Meguti hillocks has signs of prehistoric human occupation. Aihole is historically significant and has been been to as the “cradle of Hindu rock construction.”

The Pattadakal monuments are situated in the Indian state of Karnataka, approximately 165 kilometres (103 miles) southeast of Belgaum, 265 kilometres (165 miles) northeast of Goa, 14 miles (23 km) from Badami via Karanataka state highway SH14, and approximately 6 miles (9.7 km) from Aihole, surrounded by sandstone mountains and the Malprabha river valley. Over 150 Hindu, Jain, and Buddhist structures and archaeological findings date from the 4th to 10th centuries CE, in addition to pre-historic dolmens and cave paintings preserved within the Pattadakal-Badami-Aihole region. Pattadakal is a small settlement on the banks of the Malaprabha river. Ptolemy referred to Pattadakal as Petrigal, but it was afterwards known as Raktapura (Red Town) and Pattadakal Kisuvolal.

The Mahakuta temple complex is located in Mahakuta, a hamlet in Karnataka’s Bagalkot district. It is a significant Hindu pilgrimage site and home to a well-known Shaiva monastery. The temples originate from the 6th or 7th centuries CE and were built by the early monarchs of Badami’s Chalukya dynasty. The temples’ dating is based on the architectural style, which is similar to that of the temples in nearby Aihole[1], as well as information in two notable inscriptions in the complex: the Mahakuta Pillar inscription, dated between 595–602 CE (written in the Sanskrit language and Kannada script); and an inscription of Vinapoti, a concubine of King Vijayaditya, dated between 696–733

Kudalasangama (sometimes spelled Kudala Sangama) is a significant pilgrimage site for Lingayats in India. It is around 15 kilometres (9.3 miles) from the Almatti Dam in Karnataka’s Bagalkot district. The Krishna and Malaprabha Rivers meet here and run east to Srisaila (another pilgrimage site) in Andhra Pradesh. The Aikya Mantapa, or sacred Samdhi of Basavanna, the founder of the Lingayat branch of Hindu religion, is here, as is Linga, which is considered to be self-born (Swayambhu). The Kudala Sangama Development Board is in charge of upkeep and development.

The Almatti Dam is a hydropower project constructed in July 2005 on the Krishna River in North Karnataka, India. The dam’s yearly electric output goal is 560 MU (or GWh).

The Almatti Dam serves as the major reservoir for the Upper Krishna Irrigation Project; the 290 MW power station is located on the dam’s right side. Vertical kaplan turbines are used in the plant, with five 55MW generators and one 15MW generator. After being used for power generating, water is discharged into the Narayanpur reservoir to service downstream irrigation demands. Power generation capabilities are provided by two different facilities, Almatti 1 Powerhouse and Almatti II Powerhouse, which are separated by distance.

Best Time to Visit in Bagalkot

This is the finest season to visit Bagalkot, from October to February.

How to Reach Bagalkot