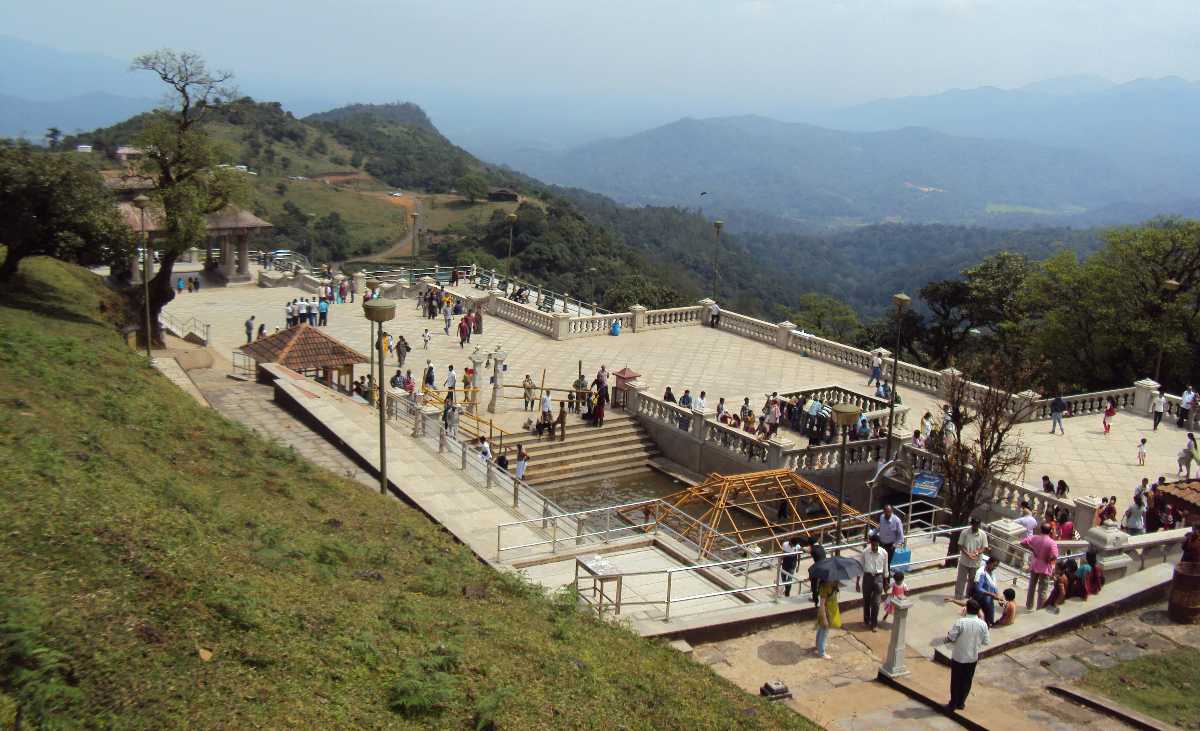 Kodagu, commonly known as Coorg, is a rural district in Karnataka, India’s southwest state. Madikeri Fort, in the area’s north, contains two life-size elephant sculptures at its gate, as well as a Gothic-style chapel and a museum. The Hindu Omkareshwara Temple, located nearby, was built in the 19th century. The domed Raja’s Tomb, a burial site for Kodava rulers, and the flowing Abbi Falls are located further north. The picturesque hill station of Coorg, commonly known as Kodagu, is located in the Indian state of Karnataka. It’s known for its coffee plantations, steep slopes, numerous streams, diverse flora and wildlife, lush woods, and stunning vistas.

Lingarajendra II erected the temple in 1820, ostensibly to atone for the death of an innocent Brahmin. The temple is built in the Indo-Saracenic architecture, with distinctive Keralite tiled roofs and Islamic domes, and is about 1km from the Madikeri bus stop.

Bhagamandala is a sacred site 39 kilometres from Madikeri. There is a triveni sangama, which is the confluence of three rivers: the Cauvery, the Kanike, and the Sujyoti. The majestic Bhagandeshwara Temple features a huge courtyard and is constructed in Kerala style, with red-tiled roofs.

The Nagarhole National Park is also known as the “Rajiv Gandhi National Park.” In Kannada, the phrase ‘Nagarahole(y)’ means ‘Cobra-river’ (Nagara=Cobra snake; Holey=River). It is divided into the districts of Kodagu and Mysore. The Nagarahole River flows through the park, eventually joining the Kabini River, which also serves as a border between Nagarahole and Bandipur.

Raja’s Seat is located about 1 kilometre west of the Madikeri bus station. According to legend, Kodava monarchs and their consorts spent their evenings in this lovely park. It’s simple to understand why: the stunning sights of an orange sun setting behind the mountains can captivate both royalty and commoners. This vantage point offers views of lush mountains and valleys, framed by the distant silver of highways and rivers.

It is a significant religious site. It is located 46 kilometres from Madikeri and is the birthplace of the sacred river Cauvery. The source of the powerful river is marked by a modest shrine with a finely crafted silver Shiva linga. On Tula Sankramana, which falls on October 17th each year, thousands of people gather to Talacauvery to see a rapid rise of water in the spring, which eventually bubbles over. Brahmagiri summit, located near the temple, provides panoramic views of the highlands.

Dubare, a one-of-a-kind eco-tourism site, was previously a training centre for Mysore Dasara elephants. The Dubare Elephant Camp is now a centre for elephant behaviour research administered by Jungle Lodges & Resorts. A visitor can observe and learn more about elephants at this location. A trained naturalist is on hand to discuss many elements of elephant history, ecology, and biology. Visitors may see and engage in different elephant activities such as feeding, bathing, and so on.

The Chiklihole reservoir, a tributary of the Kaveri River, is also a great place for a picnic.

This reservoir, located near Kushalnagar and 33 kilometres from Madikeri, is in a magnificent natural setting and is suitable for weekend getaways.

Mudduraja erected the towering fort on a hillside approximately 500 metres from the Madikeri bus terminal in 1681. Tipu Sultan reconstructed the earthen building in granite. Mudduraja also constructed a thatched roof palace here, which was restored in 1814 by Lingarajendra II and then again in 1933 by the British, who erected a clock tower and portico. Two strikingly lifelike masonry elephants are nearby. In 1855, the Veerabhadra Temple in the fort was dismantled and a Gothic-style Anglican church was constructed in its stead. The church currently serves as a museum, displaying historical artefacts related to Kodava life.

The graves of Veerajendra and his wife stand together and are identical, about 1.5 kilometres from the Madikeri bus terminal. Lingarajendra’s monument was completed in 1809, and Veerarajendra’s in 1821. The centre golden domes in Islamic design and the corner minaret-like turrets, each topped with depictions of basavas (bulls), dominate the Madikeri skyline. The windows are framed by elegantly crafted metal bars set in carved stone.

Best Time to Visit in Kodagu

Kodagu is best visited between October and March.

How to Reach Kodagu Coorg

In the Kodagu district, there is no railway station.

Mysore Hassan and Mangalore in Karnataka, and Thalassery and Kannur in Kerala, are the closest railway stations to Madikeri (district headquarters, Coorg).

Madikeri is the capital of Coorg and is well connected by road to adjacent towns in Karnataka and Kerala (Mangalore, Hassan, Mysore, Bangalore, and so on).