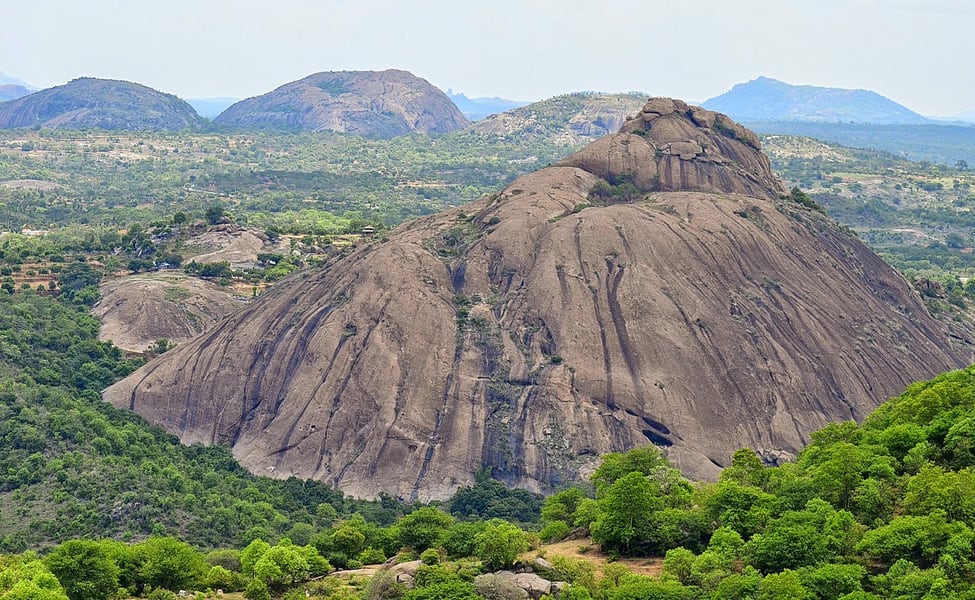 Ramanagara is a city in the Indian state of Karnataka, with its own municipal council. It is also the administrative centre of the Ramanagara district. Bangalore is roughly 50 kilometres away. Public transportation is available by bus and rail, which takes around 90 minutes from Bangalore. Ramanagara is dubbed Silk Town and Silk City because of its sericulture. The silk produced in this region is used to make the well-known Mysore Silk. The silk cocoon market in Ramanagara is the largest in Asia. Every day, 50 tonnes of cocoon come in the town. Granite sites abound in Ramanagara.

Best Places to Visit in Ramanagara

Highway between Bangalore and Mysore Bangalore is 25 kilometres away. It is an amusement park that attracts all types of people who come to have fun, entertainment, and other activities for the entire day. This is presently owned by a private limited company that has been approved by the state department of tourism.

The vulture sanctuary was formally established in 2012, although long-billed, Egyptian, and white-backed vultures have been roosting on Ramanagara’s hills for decades. Three of the nine species known in India may be found in Ramanagara. Concerned about the vulture population decline over the years — an estimated 97 percent of long-billed and 99 percent of Egyptian vultures have perished – conservationists and bird watchers advocated for the region to be designated as a sanctuary. In 2012, an area of approximately 346.41 hectares was designated as a vulture conservation area. It is within this patch of map that proposed Sholay theme park is located.

Highway between Bangalore and Mysore Bangalore is 35 kilometres away. The innovative film city, similar to Ramoji Film City in Hyderabad. Every year, a plethora of reality series, films, serials, and cultural programmes are aired here. This location is a popular tourist destination, with dining and lodging options available, and it is also recognised by the state tourism agency.

Highway Bangalore-Mysore Ramanagara is 4 kilometres away. Janapada loka, also known as Folk World or Traditional Culture, is a folk museum in Karnataka that features an exclusive presentation of local folk arts. It is run by the Karnataka janapadaa parishat. A wing of the museum, Loka mahal, includes a display of 5,000 traditional objects. It is located in the Ramanagara district, south of Bangalore. H. L. Nage Gowda, an Indian civil servant and folklorist, dreamed of establishing a museum to showcase Karnataka’s diverse folk art and culture. Janapada parishat was founded on March 21, 1979, according to Karnataka. Folk arts museum, Loka mahal, Chitra kuteera, Doddamane, Shilamala, Arghyamala, and other attractions The museum contains 5,000 folk artefacts in its collection. The exhibit features a variety of agricultural, hunting, and fishing instruments, weaponry, innovative domestic gadgets, masks, dolls, and shadow puppets. This location is popular with visitors. There is a restaurant, drinking water, lodging, and other amenities.

Mekedatu is 4 kilometres from Sangama, and the name means “goat’s jump.” The term is derived from an occurrence that was allegedly seen by bersmen in the region a long time ago. A goat being followed by a tiger is believed to have made a desperate attempt to save its life by leaping from one side of George and crossing across the roaring river below, however the tiger did not attempt to imitate this feat and abandoned the hunt. Only heavenly goats are thought to have left their ‘footprints’ in such rocks. This site attracts a greater number of visitors as well as dander.

This is around 18 kilometres from Ramanagara and also comes from the Magadi side. This dam was built for irrigation purposes, but it now also provides water to the Magadi town. It is built across the river Arkavathi, and the land that is covered for irrigation under this project is called “Thore saalu” because all of the villages are located on both sides of the river Arkavathi, and “thore” means river and “saalu” means line in kannada. This location is ideal for weekend relaxation. Please avoid swimming in the backwaters and instead enjoy the scenery. Kayaking is practised here.

Kanva dam is located 15 kilometres from Ramanagara and is close to Kannamangala. The Kanva River is named for the sage Kanva, and the lovely surroundings around this dam draws travellers. In addition, we can observe that Simmon technology was utilised in the construction of this dam.

Best Time to Visit in Ramanagara

Winter is the greatest time to visit Ramanagara since the weather is mild.

How to Reach Ramanagara

The nearest Railway Junction is