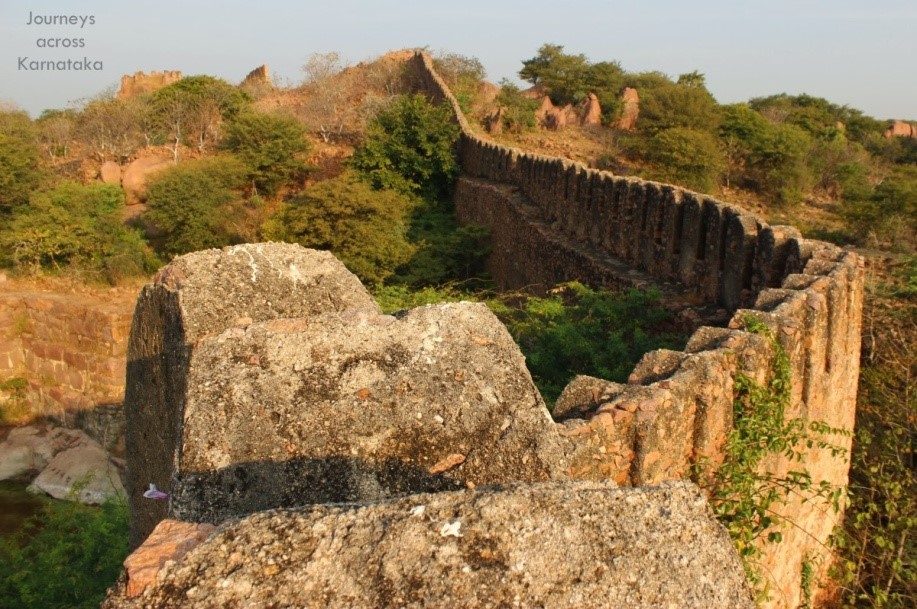 Yadgir is a city in the Indian state of Karnataka and the administrative centre of the Yadgir district. Yadgir Taluku, one of Yadgir’s six taluks, has its administrative centre here. The district’s huge swaths of rich black soil are famed for producing big red gramme and jowar crops. The district is known as the state’s Daal Bowl. The region is also renowned for a cluster of cement plants and the “Malakheda Stone,” a distinctive stone.

Best Places to Visit in Yadgir

In Yadgir Taluka, there is a well-known Shri MailapurMailarlingeshwar temple. Every year during “Makara Sankramana,” the temple attracts thousands of worshippers from all around the state.

On the journey from Gulbarga to Bangalore, near Shahapur, the self materialised hill appears to provide a picture of Lord Budha in a sleeping pose across the hill. As a result, it is supposed to be recognised as sleeping Budha on the Shahapur hills. It has even piqued the interest of many ardent Buddhist believers all around the world.

The Nayaks of Shorapur, who governed with Shorapur as their capital from 1639 until 1857, left an unmistakable effect on the region’s history. Raja Venkatappa Nayak, the last king of Shorapur Principality, battled against the British in order to keep them out of his principality’s internal matters. The Nayaks of Shorapur erected Shorapur city with two palaces, and before to them, a fort existed at Vaginagera, which was destroyed by the Moghal Empire Aurangajeb’s invasion. During his residence in Shorapur, Col Philip Meadows Taylor, a British Political agent commissioned to watch after the Shorapur Principality, built a circuit house named ‘Taylor’s Manjil’ on the hill top, which is today a tourist attraction.

This fort, located 24 kilometres from Shahapur, is surrounded by deep woodland. Because it was surrounded by woodland, it was given the name ‘Vanadurga’ [Forest fort]. A five-line Sanskrit inscription in Devanagari script can be found on both sides of the entry gate. Piddanayaka, the monarch of Surpur, presented this fort to his adored queen Venkammamba. Though this fort has massive entry gates, it also features half-moon shaped walls that confuse the enemy. The ruins of the guards’ and officers’ apartments may be seen inside the fort.

The foundation stone for the Narayanpur Dam was laid by Prime Minister Sree Lal Bhaddur Shastri in 1962. And the Balakundre drew or developed its blue print. It has right and left cannels and provides irrigation for 106.000 hectors of land.

It is a shrine located 20 kilometres south of Shorapur. It was originally an Agrahar (Education Center) during the reign of Vikramiditya the sixth, and it was an old temple known as Dakshina Kashi. It draws both Hindu and Muslim worshipers.

It is a shrine located 20 kilometres south of Shorapur. It was originally an Agrahar (Education Center) during the reign of Vikramiditya the sixth, and it was an old temple known as Dakshina Kashi. It draws both Hindu and Muslim worshipers.

Kodekal Village Shorapur Taluka in Yadagir District. KodekalBasawant to is a well-known saint of truth. He authored Kala Gnana, which signifies future happenings, at PyatiGudi, where he also composed the Kala Gnana.

In ancient inscriptions from Sagara Nadu, this settlement was known as ‘Srivolalu,’ ‘Sirivolalu,’ ‘Dakshina Kashi,’ ‘Dharmadha Mane,’ and ‘Adi Pattana.’ This settlement before the Shathavahana dynasty. According to the inscriptions of Shiravala and the neighbouring villages, this hamlet had temples dedicated to the Kadambeshwara, Eraheshwara, Chatteshwara, Shanthishwara, Mahadeva, and other deities. However, these temples can no longer be recognised precisely. In the hamlet now, there are roughly twenty temples. The temple complex of Nagaiah and Nannaih is the oldest of them. The sculptures of the Shivalinga may be found in the sanctuary, where there is a three-branched pattern at the doorways with the Goddess Gaja Laxmi in the centre. The Navaranga’s huge pillars are more appealing. Shivathandava’s lovely design on the ventilator is natable.

A four-and-a-half-foot-tall statue of the eight-armed Harihara stands next the shivalinga. Harihara has a Thrishula and an arrow in his right hand and a wheel, a conch, a bow, and a mace in his left, which distinguishes the statue.

The renowned durga of Syedchandahussaindurga was a prominent durga in the taluka of Shahpur. It has attracted millions of worshipers in the urus.

The renowned Sofisarmastdurga is located in the Shahapur taluka hamlet of Sagar. In the urus of sofisarmast, the durga attracts thousands of people.

Bhalabhimasena’s well-known temple. In the Taluk of SHAHAPUR. Every year, worshipers go to the shrine of Laksh in Sankramana. The month of January.

In Yadgri taluk, there is a well-known Vishwaradhya temple. Every year in February-March, lakhs of worshippers go to Shivarathri to visit the temple.

In 1840, British commander Philip Meadows Taylor develops a massive well-known methods Bungalow of its construction, with four rooms and as many as 27 doors!! When any of the building’s doors is closed or opened, all of the doors begin to tremble.

Best Time to Visit in Yadgir

The months from January to  March are considered the finest months to visit Yadgir.

How to Reach Yadgir

Guntakal, Adoni, and Raichur are all accessible by train from Bengaluru. Only a few superfast trains pass through Yadgir.