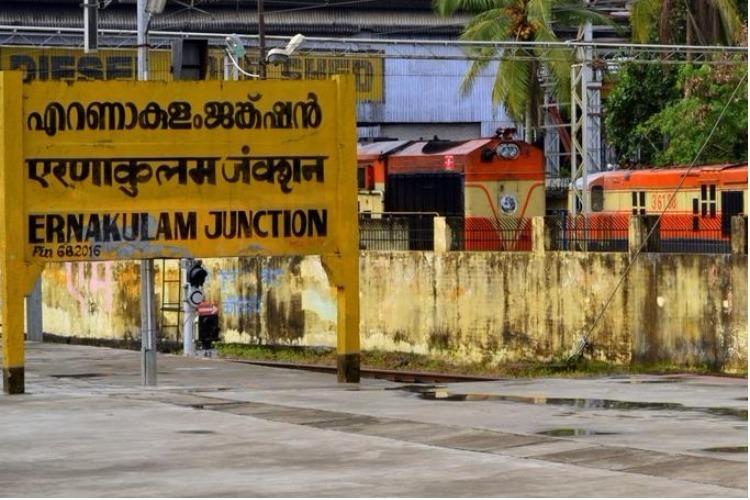 Marine Drive, a bustling waterfront promenade where boats offer backwater tours, is a popular attraction in Ernakulam, a sprawling, residential city. Through art and antiques, the Kerala Folklore and Hill Palace museums explore local tradition. Fabrics, crafts, and spices are sold in shops along Broadway and MG Road, and the contemporary Lulu Mall also features a cinema and an ice rink. Keralan specialities and South Indian seafood are served in simple restaurants.

The booming metropolis of Ernakulam or Kochi, on Kerala’s South West Coast, is famed for its breath-taking beauty facing the Arabian Sea, with backwater centres like Kottayam and Alappuzha districts in the south.

Best Places to Visit in Ernakulam

Edappally, about 10 kilometres outside the city, is famed for the St. George Forane Church, one of the state’s oldest Roman Catholic churches. At the time of its construction in 594 AD, the church, widely known as Edappally Pally, was a tiny edifice. In 1080 AD, a larger church was built next to the previous one to serve the congregation, which had increased significantly in size. The Edappally pilgrim church was Kerala’s richest Catholic shrine. Because of Edappally St George’s numerous miracles, the Catholic Church decided to raise this remarkable Church to the status of National Shrine Basilica. Every year, over 100000 holy masses were held in this hallowed land.

This is the oldest Dutch palace built outside of the Kingdom of Holland. In 1744, a Dutch trader erected the palace. Later, it was renovated with a beautiful grass and a number of changes. The palace housed the Dutch Governor’s official residence.

The palace was purchased for the English East India Company by the King of Cochin in 1909. During British administration, the palace served as the residence of British governors. The palace became a part of the Bharatiya dynasty after India attained independence in 1947. KTDC This palace was established in 1976. It was later converted into a hotel. The majestic palace is also where Malayalam films are shot. This palace was refurbished by KTDC in 2001 at a cost of Rs 5.1 crore.

The town’s loudest, strangest, and most amazing neighbourhood. This isn’t just an amusement park; it’s a world of breathtaking beauty. It’s a place to share big wonders and celebrate minor victories. Take one of the 50+ exciting rides or simply relax by the pool in the hot heat. But whatever you do, everyone comes a bit closer here. That is why we are known as the Amazement Park. There’s no better location to try something new with your friends. Check out our most exhilarating attractions, including our water rides and land rides. Keep a look out for the schedules of several other entertaining programmes throughout the park, such as the next wave at the Wave Pool, the next dance at the Rain Disco, or the next presentation at the Adventures of Chikku. Your visit should be an exhilarating ride.

Mangalavanam Bird Sanctuary is a bird sanctuary located in the city of Palakkad district of Kerala, India. It is 0.0274 square kilometres in size and is located in the heart of Kochi city. This location attracts a high number of migratory birds. The main draw here is spiders and bats. The Mangalavanam Bird Sanctuary, created in 2004, is the state forest department’s smallest protected area. It is Kerala’s only bird sanctuary located in mangrove forests. Mangal is a Portuguese term that means “mangroves.” A survey undertaken in May 2006 discovered 194 birds of 32 different species. So far, 72 bird species have been recorded from this area. In addition, 17 butterfly species have been identified here. Spiders come in 51 different varieties.

Ernakulum Shiva Temple, located in the centre of Ernakulum city in Kerala, is one of the few Shiva Temples where God faces the sea to the west. This temple is devoted to Lord Shiva and is as popular as Ernakulathappan. The temple was built during the Maharaja’s reign and is placed in the Durbar Hall Ground. The shrine’s history is intertwined with the history of the city. According to legend, it was one of the seven royal temples of the Kochi Maharajas, but it is currently under the management of the Cochin Devasom Board. It is one of the 108 Shiva temples dedicated to Lord Parasurama in Kerala.

The Cochin Royal Family donated the palace to the Kerala government in 1980. In 1986, the Archaeological Department of the Hill Palace took over the palace. The well-known Malayalam film depicted several movies, including Manichitrathazhu in the palace. The museum first opened its doors in 1991. There are currently 11 galleries. The museum houses a variety of historic relics, sculptures, coins, and materials once owned by Cochin Maharaja and his royal family.

Cherai Beach, located around two dozen kilometres from Ernakulam’s industrial zone and to the side of Vypeen Island, is a swimmer’s paradise. It is a popular destination for visitors wishing for a leisurely dip, with the added bonus of being surrounded by coconut plantations. It offers a spectacular view of the famed Chinese Fishing Nets, also known as the CheenaVala well. The neighbouring shacks serve fresh meals that will fill you up properly after a refreshing swim. The seashells collected here are one-of-a-kind, and dolphins are frequently spotted in the region. It is the ultimate combination of backwaters and sea. Many new resorts and hotels have sprouted up in the area, facilitating the surge in visitor activity. Today, it is one of Kerala’s most popular beaches, with a view that makes it nearly impossible to leave once you arrive.

In a huge virgin forest, a scenic dam site with boating facilities is located. With the Salim Ali Bird Sanctuary nearby, it is a favourite picnic activity.

Fort Kochi is located in the Ernakulam district of Kerala, in the western section of Kochi city. It is around 12 kilometres from Ernakulam Town. Fort Kochi has played an essential role in Kerala’s history. Fort Kochi also includes a number of attractions, such as the Santa Cruz Basilica. Fort Kochi also includes several historical landmarks, like the St. Francis Church, Vasco da Gama’s original church, the Dutch Seminary, the China Vela, and many others. Dronacharya, an Indian Navy ship, is docked in Fort Kochi.

The Mattancherry Palace is not far away. Fort Kochi was Kerala’s first European township. Every year, the Fort Kochi carnival celebrates New Year’s Eve. Thousands of people attend this carnival. The carnival also includes automobile rides and other celebratory festivities.

The best time to visit Ernakulam is from May to September.

How to Reach Ernakulam

Nedumbassery International Airport is a small international airport located around 20 kilometres from Kochi. Taxis and buses are also available from and to the city centre. There are regular flights from and to a number of other Indian cities, as well as a number of international destinations, including the Gulf countries and Singapore.

Ernakulam is served by regular trains from all of India’s main cities.

Cochin Port, in the city of Kochi, is a significant port on the Arabian Marine – Laccadive Sea – Indian Ocean sea route and one of India’s largest ports.

Kochi is easily accessible since the Kerala State Road Transport Corporation (KSRTC) connects it to all of Kerala’s main cities as well as several cities in Tamil Nadu and Karnataka. Deluxe Volvo buses, air-conditioned sleeper buses, and air-conditioned regular buses are also offered from major cities to key destinations. These buses will take you to Thrissur (72 kilometres), Thiruvananthapuram (196 kilometres), and Madurai (231 kilometres) from Kochi.