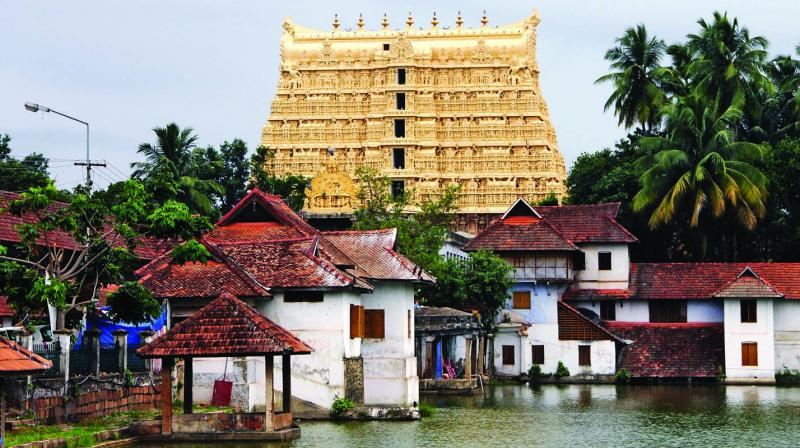 Thiruvananthapuram (or Trivandrum) is the capital of Kerala, a state in southern India. Its British colonial architecture and several art galleries set it apart. Kuthira Malika (or Puthen Malika) Palace, which is decorated with carved horses and houses treasures linked to the Travancore royal family, whose regional capital was here from the 18th to the 20th centuries, is also located here. Thiruvananthapuram, often known as the “Evergreen City of India,” is the capital of Kerala. Maharaja Marthanada Varma consecrated the Travancore kingdom to Lord Padmanabha, the presiding deity of Shri Padmanabhaswamy temple, and called the city Thiruvananthapuram.

Best Places to Visit in Thiruvananthapuram

The Temple of Sree Padmanabhaswamy’s origins are lost in time. From any authentic historical papers or other sources, it is impossible to identify when and by whom the first idol of Sree Padmanabhaswamy was consecrated. The Temple is mentioned in the Epics and Puranas. According to SrimadBhagavatha, Balarama visited this Temple, bathed in Padmatheertham, and gave various offerings. Nammalwar, a 9th century poet and one of the Alvar tradition’s 12 Vaishnavite saints, wrote ten songs in honour of Lord Padmanabha. Some well-known researchers, writers, and historians, such as Travancore’s late Dr.L.A.Ravi Varma, believe that this Temple was built on the first day of the Kali Yuga (which is over 5000 years ago).

The stories of the Temple have been passed down through the generations. One such tradition, which appears in the Temple’s old palm leaf records as well as the famous grantha “AnanthasayanaMahatmya,” claims that it was dedicated by Divakara Muni, a Tulu Brahmin hermit. The idol was reinstalled in the 950th year of the Kali Yuga. The AbhisravanaMandapam was established in the 960th Kali year by King KothaMarthandan. The main deity Vishnu is housed in the “AnanthaShayanam” posture, the eternal yogic sleep on Adisheshan, the serpent. Sree Padmanabhaswamy is the tutelary god of Travancore’s royal family. The trustee of the temple is the titular Maharaja of Travancore, MoolamThirunal Rama Varma. Thiruvananthapuram’s name in Malayalam translates to “The City of Lord Ananta,” referring to the deity of Padmanabhaswamy Temple.

MUSEUM AND ZOO IN THIRUVANANTHAPURAM

Thiruvananthapuram Museums and Zoo were founded by Mr. J.A. Brown, former Director of Thiruvananthapuram Observatory, and General Cullen, a former British Resident. In 1855, a committee was constituted with the Maharaja of Travancore as patron, General Cullen as President, the Elaya Raja as Vice President, and Mr. Allen Brown as Committee Secretary and Museum Director.

This Museum first opened its doors to the public in September 1857. However, the Museum alone was insufficient to attract visitors, so in 1859, a zoo and a park known as public gardens were established. By 1880, a new structure designed by Robert Chisholm, Architect to the Governor of Madras, had been built, and the Museum had been relocated to its current architectural splendour.

Kovalam is a world-famous beach with three nearby crescent beaches. Since the 1930s, it has been a popular tourist destination. A big rocky promontory on the beach has formed a lovely harbour with calm seas excellent for sea bathing.

This beach offers a wide range of recreational opportunities. Some of them include sunbathing, swimming, herbal body toning massages, special cultural programmes, and catamaran cruise. The tropical sun operates so quickly that a slight blush of coppery tan can be seen on the skin in a matter of minutes. Life on the beach starts late in the day and lasts until late at night. A string of affordable cottages, Ayurvedic health resorts, convention facilities, commercial zones, swimming pools, and Yoga and Ayurvedic massage centres are all part of the beach complex.

Tourist accommodation options in Kovalam range from five-star hotels to budget hotels, and the food available at restaurants and cafeterias ranges from Continental fare to South Indian specialities.

The Veli Tourist Village, located where the Veli Lake meets the Arabian Sea, offers one-of-a-kind boating and picnicking options. Visitors can rent pedal boats or paddleboats at their leisure. You can also wander the gardens and have a great lunch, or you can use the boats for the entire duration of the trip. Considering it is only 12 kilometres from the capital city of Thiruvananthapuram, the view and feel of the place are incredibly unique. Children have been known to have a great time climbing the statues and taking the speedboat trip across the waters. A separate Children’s Park and Floating Cafe run by Kerala Tourism Development Corporation (KTDC) are additional reasons to visit this one-of-a-kind community.Timing: Open 09:00 – 18:00 hrs
Entrance Fee: Rs. 5/- (Above 14 years)

The Neyyar Dam is a gravity dam on the Neyyar River in the Thiruvananthapuram district of Kerala, South India, roughly 30 kilometres from Thiruvananthapuram. It was founded in 1958 and is a popular picnic location. Neyyar Dam is a beautiful lake that is nestled against the southern low hills of the Western Ghats. The Neyyar dam is located in the Kallikkad Panchayath of Trivandrum’s Kattakkada Taluk. The Agasthyakooodam summit is extremely close to the Neyyar dam. The dam was erected on property donated by an agriculturist named Karuvachiyil Krishan Panicker, the father of Janaki Thankamma, the Maruthummoottil family, and his other family members, for irrigation purposes. One of Neyyar’s canals runs into Tamil Nadu’s western districts. The main river Neyyar runs through Kallikkadu, Ottasekharamangalam, Aryancode, Kezharoor, Perumkadavila, Marayamuttom, Neyyattinkara, and Poovar before emptying into the Arabian Sea.

Shankumugham Beach is located in the Thiruvananthapuram district of Kerala, India. The huge expanse of white sand and the tranquil ambience away from the city provide all the ingredients for relaxation and a great evening. There’s also a “Star Fish Restaurant” with eating kiosks and an open-air theatre with parking. Good meals may be had just across the beach at the Old Coffee House, which also serves as a vantage point for watching the sunset. Unfortunately, the beach is not properly maintained, with trash all over the place. Shanghumugham beach is revered as the ‘Arattukadavu’ of Sri Ananthapadmanabhan, the city’s presiding deity. During significant occasions, thousands of Hindus do ‘Bali Tharpanam.’ During Vinayaka Chathurthi, Shanghu mugham is a popular place for Ganesh Nimarjan.

From October to February is the best season to visit Trivandrum because the winters provide the most lovely weather of the year. Summers are hot and humid, which can be uncomfortable. Monsoons, on the other hand, are much cooler.

Thiruvananthapuram enjoys nearly year-round pleasant weather. As a result, there will be fewer climatic fluctuations. The ideal time to visit Thiruvananthapuram, however, is from October to March, when the weather is nice.

Winter months go from October to February, and the weather remains nice with only a few light rain showers. The temperature drops to 18 degrees Celsius from November onwards. This is the busiest time of year for tourists.

Summer in the city is defined by the months of March to May. During this period, the average temperature is 35 degrees Celsius. The weather is mostly hot and dry. Showers are also possible in the months of April and May, which might give some relief.

The monsoon season in the city lasts from June through September. Though Trivandrum receives less rainfall than its Kerala equivalents, it rains severely throughout June and July. During the monsoon season, the city might get too humid, yet many people come to admire the beautiful greenery.

How to Reach Thiruvananthapuram

The Trivandrum Railway Division is 625 kilometres long, with railway tracks converging at the junction. As a result, it serves as an important transit point in southern India.