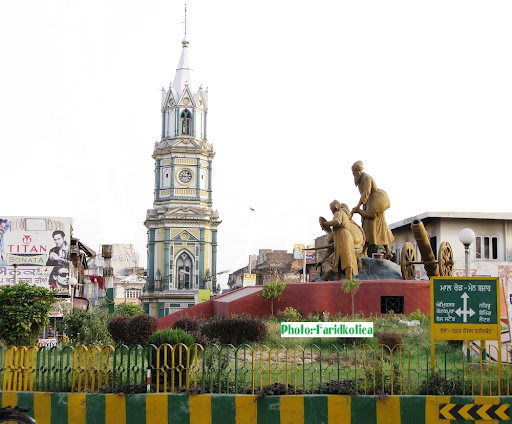 Faridkot is an ancient and royal city in the Indian state of Punjab. It is the administrative center of the Faridkot district. The Faridkot Division, which covers the districts Bathinda, and Mansa, was formed with a divisional headquarters in Faridkot. Faridkot, once the capital of a princely state of Punjab under British rule, is named after Baba Farid, a great spiritual Muslim poet. Cotton processing, such as ginning and baling, is one of the city’s main industries.

Best Places to Visit in Faridkot

The fort, with its magnificent construction, still stands in Faridkot. Its foundation is thought to have been laid by Raja Mokalsi, and it was renovated and extended by Raka Hamir Singh. Raja Bikram Singh was a later ruler. Many new structures were built by Raja Balbir Singh. It was home to the Royal Place. Buildings such as Tosha Khana, Modi Khana, and the Treasury. Within the fort’s four walls, there is a garden. All of the buildings are quite neatly constructed and equipped.

The ‘Raj Mahal’ (royal Palace) was constructed during the reign of Maharaja Bikrama Singh between 1885 and 1889 under the supervision of the then Crown Prince (Later Maharaja) Balbir Singh, who was also the first to move in and begin living in it. It offered a spectacular look with French style, commanding grassy lawns in a mid-semi-desert section of the state, spanning about 15 acres. Its entryway, known as “Raj Deori,” is a historic heritage structure that today houses Balbir Hospital.

This lovely home is set in a well-kept yard. All of the rooms are decorated in a contemporary design. Guests from sisterly states stayed at Darbar Gang. The structure is presently used as the Circuit House.

Sri Guru Gobind Singh, the 10th Guru of the Sikhs, is reported to have visited this location, which was previously known as Doda Tal. This location is roughly 12 kilometers from Kotkapura on the Kotkapura-Jaitu Road.

This Gurdwara is located on the Kotkapura-Bathinda Road, 5 kilometres from Kotkapura. Guru Gobind Singh is supposed to have given his garments to the village’s Sodhi family. This clothing is still in the possession of the Sodhi family.

Best Time to Visit in Faridkot

Summers, monsoons, and winters are the three best seasons of Faridkot. Faridkot tourism is at its peak between October and December.

How to Reach Faridkot

Faridkot is roughly 130 kilometres from the capital, Amristar, and is connected by a single national highway. It is bordered on the west by Ferozpur and on the east by Moga.

Faridkot is served by a railway station and is well connected to the rest of the country. Faridkot district headquarters are located on the Firozpur-Bathinda-Delhi railway line. Trains go to and from Faridkot from most major cities around the country on a regular basis.