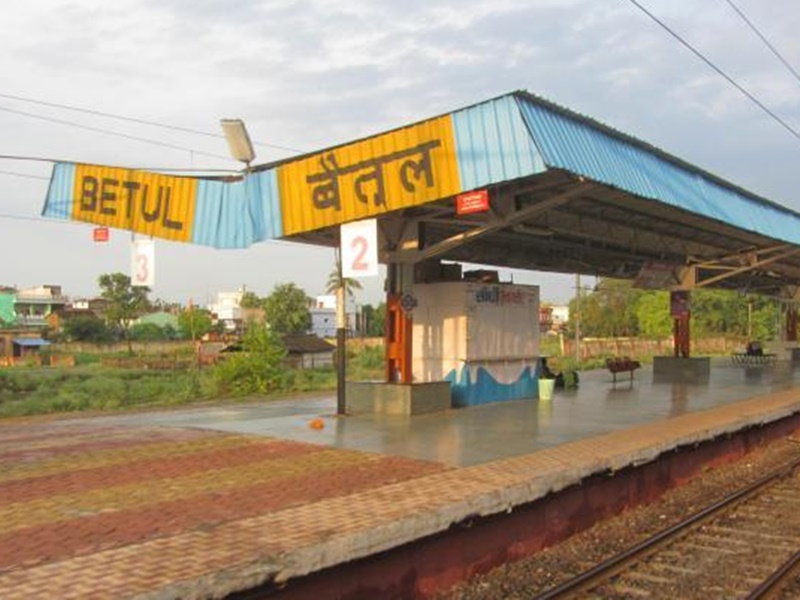 Betul is a metropolitan city located at a height of almost 2,000 feet above sea level in an area rich in woods and wildlife, which results in a nice temperature all year in MP, India. Muktagiri, which is built on a hilltop, is notable for the Jain temple it contains and the wonderful views of the picturesque surrounds that can be seen from close. The stunning Balajipuram Temple, some eight kilometres outside the city centre, is perhaps Betul’s most well-known temple.

Best Places to Visit in Betul

Balaji Puram is well-known for Lord Balaji’s massive temple. Betul Bazar Nagar Panchayat is in charge of this location. District Headquarters is about 7 kilometres from Betul on National Highway 69. Its fame is growing by the day. This is why you will visit it at any time of year; it is imposing worshippers. Along with the temple, a picture is created. In which numerous episodes from Lord Rama’s life are depicted. Statues are created in such a way that they could be talked. Aside from that, there is a Vaishnava Devi temple. To get there, you must first pass through cave centres. A man-made waterfall is also quite attractive. A man-made Mandakini river has also been constructed. You can also experience the joy of Nava Vihar. Every year on Vasant Panchami, a large fair is held here. It is establishing itself as the fifth dham in India.

Multatai M.P. There is publicity not only in the entire country, but also in the form of the genesis of virtue Salila Ma Tapti. Previously, it was referred as as a fundamentalist. Visitors travel from all around the world to visit. This is a lovely temple. The Skanda Purana contains details on the Tapti River’s grandeur. The Skanda Purana contains a description of Tapti’s magnificence. Maa Tapti is Suryaputri and Saturn’s sister, according to Hindu mythology.

This is why those who are disturbed by Saturn find relief from Tapti. Tapti all the heat stroke offers everyone the power of her life, and it is also known as Tapti Ganga with reverence. Tapti is also used for the burial of the deceased. Mph is the second most important river. This river is significant not only religiously, but also economically and socially. Many civilizations have grown and developed here over the millennia. This river is 724 kilometres long. This river travels from east to west, and two cities are located on its banks: Barhpur and Surat. Tapti falls into the Arabian Sea’s Khadat Khadi.

In Salvari, there is a Shiva cave. Every year on Shivratri, there is a massive fair. Every day, there are millions of enthusiasts at this week-long fair. This site is in the Betul district’s Village Panchayat Salvadan of VikaschhnaPrabhatapatan. Tahsil Mulatai of the Salvardi Ballet and a hill near Morsi in Maharashtra’s Amravati district, on which a statue of Lord Shiva is being rebuilt in a cave. It is widely assumed that there is a path leading from this cave to the Mahadev hill in Pachmarhi. Salabardi, located in Betul district’s Janpad Panchayat Prabhatapattan, is known for its gorgeous scenery and ancient cave of Lord Shiva, which has the oldest Shivlinga.

The unique feature of this Shivling is that nature itself performs Lord Shiva’s consecration indefinitely. Shivaling is a stream that flows continually from the mountainside. According to mythology, this Shivaling arose from the mythical age. This location serves as a memorial to the millions of devotees from Madhya Pradesh and Maharashtra provinces. Every year around Shivratri, there is a massive fair, and the crowds are a sight to behold. Every year, between 75,000 and 1 lakh worshippers attend the seven-day festival. The key aspect of the fair that cannot be found elsewhere is the people’s respect.

An unusual illustration of this is that, even after crossing an inaccessible way, not only men and little children, but also men and women, come for the observance of all hours of the day and night. Sivagupa is located on a hill about three kilometres above the hamlet; gaining control of such a large populace is nothing short of a miracle in and of itself. Nissang has lavished his splendour on the other side of the Shiva gupta reach path. First and foremost, there is a location known as Sitahnani, which was historically famed for its hot water reservoir and can be observed consistently throughout the year of water flow in Muthaganga. When a traveller crosses the 3 km long Chavari and enters the Shivgupa, he finds magical tranquilly and all of the fatigue of the journey vanishes in a matter of moments.

There are also 3-4 additional caverns in the heart of Shivgupa, and it is said that the road of the mighty Mahadeva, iePachmarhi, passes through these caves. It is also told of Salburdi that when Lord Shiva was pursuing a demon named Bhasmasur, he sought refuge in this cave for a while. The Pandav cave on the steep cliffs is also well-known, where the Pandavas lived in anonymity at the time. One peculiarity of Village Salburdi, among others, is that it is divided into half Madhya Pradesh and half Maharashtra. As a result, this community is also a symbol of the magnificent synthesis of two divergent civilizations. Currently, Janpad Panchayat Prabhatapatan is witnessing all of the preparations and efforts being made to undermine this location.

Betul district is located in Satpura’s Surmuktas. KukruBetul is the district’s tallest summit. Approximately 92 kilometres from the district headquarters. This region is home to the Korku tribe. As a result, only this location is known as Kukru. It stands 1137 metres above sea level. It is really wonderful to observe the rising sun and the setting sun from here. Kukru is also well-known for its landscaper. This natural area is surrounded by dense woodlands on all four sides.

Bhasadehi, a development block in Betul district, is located in the village panchayamthopoda, which is located near the renowned Jain tirtha Muktagiri. Muktgarvita creates its own nature, thanks to its beauty, elegance, and religious impact. This location is home to 52 temples of the Digambar Jain sect. These temples and fields are thought to be linked to class wings.

A sapphonical statue of Lord Paswanath has been erected in the temple as an inanimate sample of the craftsman’s work. There is a man-pillar, beads, calm, and contentment in this region. Everyone who visits the Nirvana area finds solace in this place. This is why people who practise other religions are not only Jain devotees, but also people who accept other religions from Muktagiri. It is around 102 kilometres from the district headquarters. Because they were in the Satpura woods, there were many elephants, but they did not hurt anyone. It is the proven area’s pride. Thirty-three million monkeys have been saved by the proved area Muktagiri. The description of which is mentioned in the Jain festival storey of Nirvana Kanda, twenty.

Best Time to Visit in Betul

However, it is best for travellers to visit during the winter (October – March) and monsoon (July – September) seasons since the temperature remains nice throughout the day (with generally mild rains during monsoons), allowing them to explore the tourist attractions to their satisfaction.

How to Reach Betul

Regular flights do not link Betul to other major cities in the nation. Nagpur Airport is the closest airport. Betul is 180 kilometres from Nagpur’s Dr. Babasaheb Ambedkar International Airport and 190 kilometres from Bhopal’s Raja Bhoj Airport.

Betul railway station serves the Betul area and is part of the West Central Railway zone. BZU is the code for it. It is located on the Itarsi-Betul-Nagpur branch line. Three platforms make up the station.

By national highway, Betul is 178 kilometres from Bhopal. Nagpur National Highway is 173 kilometres away.