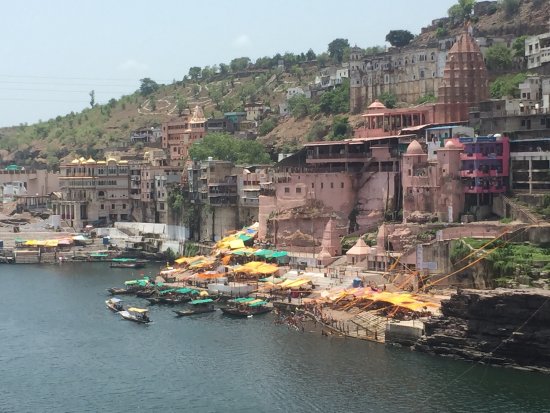 Khandwa is a city and a nagar nigam in Madhya Pradesh, India’s Nimar region. Khandwa district, originally known as East Nimar District, has its administrative headquarters here. The Malwa line linking Indore and the Deccan joins the main east–west route from Mumbai to Kolkata at Khandwa, making it an important railway junction. Khandwa has recently received a lot of attention because to the Jal Mahotsav.

Best Places to Visit in Khandwa

Khandwa is honoured to be the administrative centre of District East Nimar. It has received visits from great Indians due to its location on the map of India. In the past (under the reign of the British government), this was a stand-alone location connecting northern, eastern, southern, and western train connections. Delhi (North), Bombay (South), and Baroda (West) were all immediately connected, although Calcutta was only accessible via Bhusawal Junction. As a result, Swami Dayananda Saraswati, Swami Vivekananda, Mahatma Gandhi, Lokmanya Tilak, and many other famous individuals visited the spot during their tour of India. The location, ease of access to resources, and other socioeconomic considerations all work in favour of the area becoming a highly good industrial region. There are various historic kunds, English architecture, and religious sites in the area. The location is on the principal line between Bombay and Delhi, north of Burhanpur.

Since 1864, this location has served as the district headquarters. Suraj kunda, Padma kunda, Bhima kunda, and Rameshwar kunda are the four historic kunds in the area. Among the ancient monuments are the Collector’s Office and the Girls Degree College in Ghantaghar. Hindus’ places of religion and worship include Dada Dhuni wale ki samadhi, Turja Bhavani Temple, and Nav-chandi Devi Dham.

Hanumantiya Island is a new Madhya Pradesh water tourism destination. It is located in Western Madhya Pradesh, near the town of Khandwa. Its development and promotion are overseen by the Madhya Pradesh Tourism Development Corporation. The name “Hanumantiya” is derived from a local village of the same name in the Punasa Tehsil of Madhya Pradesh’s Khandwa district. The State Tourism Department assessed that this region was suitable for water tourism activities and decided to expand it by, among other things, constructing a boat club, providing lodging, and maintaining solid road connectivity.

Omkareshwar temple at Mandhata is situated on anpranva shaped (formed like a “”) island in the Narmada. The temple of Mamaleshwar (old name Amareshwar) is located on the south shore. These Shivlingas are both considered Jyotirlingas. Khandwa is 75 kilometres away. Along the Indore-Khandwa Highway This is a very old Hindu holy site. This location is home to one of Omkar-12 Mamaleswar’s Jyotirlingas and Jain’s sidhdhawarkut. Every year, millions of believers of both religions, as well as outsiders, visit the site. This location contains the cave of Govind Ji, Guru of Adiguru Shankaracharya (Philosopher of the Supreme Theory of Advaita), remnants of the magnificent temple of Siddhnath, Temple of Gauri Somnath, and the rinkmukteshwar Temple. Jainism’s Tirtha Siddawarakut is also close. Many ancient Jain temples, some of which have been rebuilt, may be found in this area. Despite the fact that this location has been around since 1488 AD, some images depict it in a negative light. The images primarily depict Tirthankara Lord Shri Shantinath ji.

The months of October to March are ideal for visiting Khandwa

How to Reach Khandwa

By way of Barodra-Burhanpur, Khandwa is connected to Gujrat and Maharastra (SH-26). The Indore-Edlabad road connects the two cities (SH 27). Bhopal to Khandwa is around 260 kilometres via Punasa. The distance between Bhopal and Khandwa through Hoshangabad is roughly 280 kilometres.