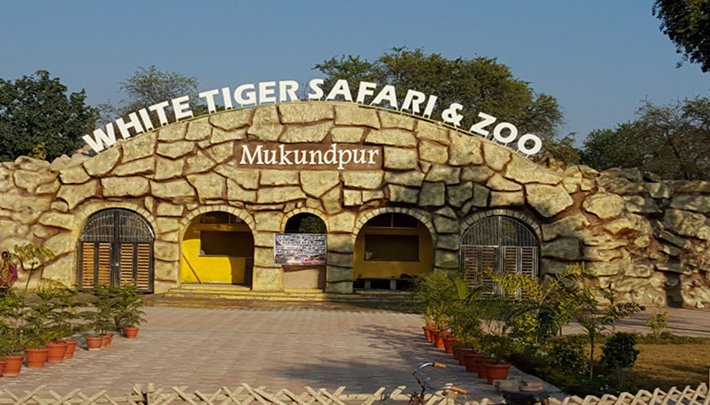 Rewa is a city in India’s Madhya Pradesh state, located in the north-eastern region of the country. It serves as the administrative centre for both the Rewa District and the Rewa Division. The city is located 420 kilometres northeast of Bhopal, the state capital, and 230 kilometres north of Jabalpur.

Best Places to Visit in Rewa

Ghanouchi Dham, where the mind becomes joyful at first sight: Ghinouchi Dham is also known as Piavan. This incomparable historical, environmental, and religious tourism destination is located in Sirmaur’s Bardaha Valley, 42 kilometres from Madhya Pradesh’s Rewa district. This Dham is surrounded by gorgeous plains of nature that are 200 feet below ground and around 800 feet wide. For Lord Bholenath, white water from natural sources falls continually for 12 months. Which is thrilling to witness. The convergence of two spectacular waterfalls 200 feet below ground is what makes this place unique. Which is available from July to September. In addition, there are old rock drawings and ancient rock paintings cut in the hills here. Prehistoric rock art engraved in rocks describe the glory narrative of the region. Two incredible spiral rocks are extraordinary in and of themselves. Apart from that, there is a divine divine statue of Maa Parvati.

The Falls are 200 feet tall (almost 67 metres) and offer a spectacular vista. The falls are powerful, with a massive amount of water falling per second. The Falls are located on the River Toans, which flows down the cliff of the Rewa Plateau. However, the Falls’ majesty changes with the seasons, and it is ideal to come when the rains are in full swing.

On May 27, 1951, Maharaja Martand Singh captured a white tiger in the Sidhi district’s Bargadi forest area. The animal was afterwards transferred to Govindarh Palace in Rewa, where it fled the next day and was eventually discovered in the Mukundpur area, approximately 26-27 kilometres away from Rewa. Mohan then stayed in the area for nearly two decades, and its descendants subsequently dispersed to other parts of the world.

The highest waterfall in Madhya Pradesh is Bahuti. It is on the Sellar River as it rushes down the border of the Mauganj Valley to join the Bihad River, a tributary of the Tamsa or Tons River. It’s close to Chachai Falls. It stands 198 metres tall (650 ft).

The Bahuti Falls is an example of a rejuvenation nick point. Knick points, often known as nick points or just nicks, are gaps in a river’s longitudinal profile created by rejuvenation. The break in the channel gradient allows water to descend vertically, creating a cascade.

Rani Talab is one of Rewa’s oldest water-wells. The Rani Talab, located in the city’s southern outskirts, is considered holy. The well’s water is used for a variety of purposes, including agriculture, irrigation, and fishing. On the west side of the lake, there is also a temple dedicated to the Goddess Kali.

With the ancient Buddhist stupas that may be seen here, this archaeological site has a rich history to tell. These stupas, discovered in 1982, are thought to be around two thousand years old and from the reign of Ashoka. There are three enormous stupas made of clay bricks and several lesser stupas made of 46 different stones.

DeurKothar also features five thousand year old rocky caverns that have a really unique aspect. During the Ashoka period, the relics of Lord Buddha were scattered to build these stupas in an attempt to propagate Buddhism across the Vindhyan region. DeurKothar is an archaeological site among the prominent Rewa tourist destinations where Buddhist followers have built stupas after this site was discovered.

Chachai falls are more than 130 metres high and located on the Bihad River near Rewa, Madhya Pradesh. These falls are the second highest in Madhya Pradesh and are among the highest single-drop waterfalls in India. Former Indian Prime Minister Sh. Jawahar Lal Nehru once lauded it for its astounding charisma and beauty. However, that time has passed because a river diversion has been built on this river, which divides all of the water in the Bihad River into two halves, one for electricity generation at the Toans Hydroelectric Power Plant and the other half for irrigation in nearby villages, leaving no water for the waterfalls. The river’s course has been altered, and the waterfalls have remained dry since, only flooding once during the rainy season when surplus water is discharged from the dam.

Visit the Keoti Waterfall in Rewa for a relaxing day with family and friends. It is India’s 24th highest waterfall and a famous tourist site. The vista from the falls at dusk and sunrise is something that should not be missed on a vacation. A wonderful way to spend quality time with loved ones. Keoti Waterfall is a site in Rewa that will mix you in with the locals because it is usually busy with people, both tourists and locals.

It is one of Rewa’s most popular tourist attractions. The fort is surrounded by two rivers, which add to its scenic charm. The fort’s main gate is an excellent example of Indian architecture. It also offers tourist lodging. It also has a café and a museum. The principal attractions here include the Canon, the Royal Silver Throne, the Museum Hall’s Chandelier, the Arms Gallery, and the White Tiger Gallery.

Govindgarh, the summer capital of MahrajaRewa, is located approximately 18 kilometres from Rewa in Madhya Pradesh, India. With an area of approximately 13,000 m2, the Rewa was the largest princely state in the Bagelkhand Agency and the second largest in the Central India Agency. Satna, on the East Indian railway, housed the British political agent for Bagelkhand. The Bagelkhand Agency was dissolved in 1933, and Rewa was transferred to the Indore Residency.

From mid-March to early May is the finest time to visit Rewa for hot-weather activities.

How to Reach Rewa

There is no airport in Rewa. The nearest airport is at Khajuraho, Allahabad Airport, Jabalpur and Varanasi.

The roads of Rewa are well-connected. The city is bordered on both sides by state and national highways. Buses from various cities arrive at Rewa.

Rewa is well connected with the Roads. State Highway and National Highway passes from the city. Buses from other cities comes to the Rewa city. The highways crosses through the city are NH 7, NH 27, NH 35 and NH 75.