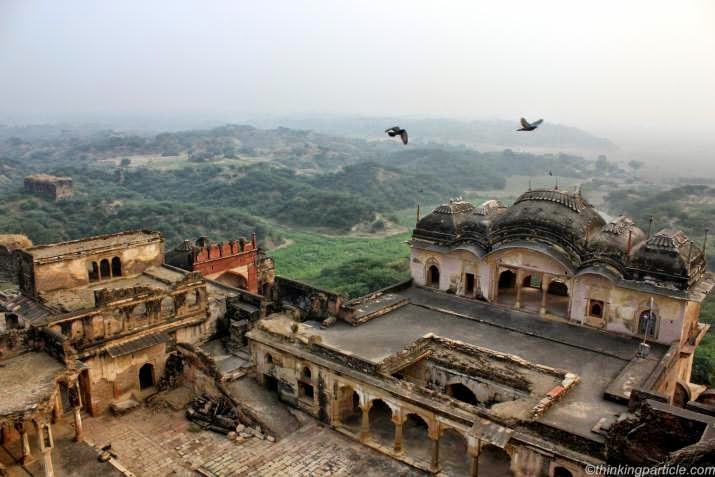 Bhind is recognised for its natural beauty and tranquillity, as well as its old temples and historical monuments such as Ganesh Temple and Ater Fort. A city tour to Bhind would be inadequate without mentioning the city’s historical significance. The name Bhind comes from the saint Bhindi. Bhind is a city in the Madhya Pradesh state of India. It is the administrative centre of the Bhind district.

Best Places to Visit in Bhind

Maharani Ahilya Bai Holkar erected the Chhatri of Malhar Rao Holkar in 1766 A.D. to honour the famous Maratha general. It is notable for its exquisite carvings and spectacular architecture. It is similar to the pattern found on the chhatris of the Holkar monarchs of Indore, which are ornately carved with floral and foliage motifs. The Maratha style chhatri is a wonderful combination of shikhar dome and arch, on which Kalash has been constructed in an appealing fashion. The pillared hall on the first floor of the chhatri is embellished with interesting murals.

Maharani Ahilya Bai Holkar built the Chhatri of Malhar Rao Holkar in 1766 A.D. to honour the famous Maratha general. It is notable for its stunning carvings and majestic architecture. It is similar to the pattern of the chhatris of the Holkar monarchs of Indore, which are ornately carved with floral and foliage motifs. The Maratha style chhatri is a wonderful blend of shikhar dome and arch, on which Kalash has been constructed in a very elegant fashion. The first floor of the chhatri is a pillared hall with interesting artwork.

The Vankhandeshwar Temple, dedicated to Lord Shiva, is thought to be one of India’s earliest temples, having been established in 1175 AD by Prithviraj Chauhan. A flame known as ‘akhand jyoti’ or ‘everlasting flame’ is said to have been burning for aeons. Every Monday, there is a’maha aarti’ at the temple, and every year during the Mahashivaratri festival, a large fair is conducted here.

It was built between 1664 and 1668 by Bhadauria King Badan Singh, Maha Singh, and Bakhat Singh, and is known as “BADHWAR” after them. It is hidden deep within Chambal’s ravines. It is now in a deteriorated state. It is located 35 kilometres west of Bhind. From 6 a.m. to 4 p.m., transportation is available. One can travel by bus or jeep, both of which are conveniently accessible from the Bus Stand/Ater Road. The fort’s primary features are the ‘Khooni Darwaza,’ the ‘Badan Singh Ka Mahal,’ the ‘Hathiapor,’ the ‘Raja Ka Bangla,’ the ‘Rani Ka Bangla,’ and the ‘Barah Khamba Mahal.’

How to Reach Bhind

There is no airport in Bhind. Gwalior, around 75 kilometres from Bhind, has the nearest airport.

Bhind and Gwalior are connected by a railway line.

The old Gwalior State built this line, which opened on December 3, 1899.

The Great Indian Peninsula Railway Company operated the Gwalior light railway (later known as Scindhia State railway) until June 30, 1913, when it was taken over by the Gwalior Durbar. On November 5, 1951, the route was merged into Central Railway.

In Bhind, road transit is the primary method of transportation.