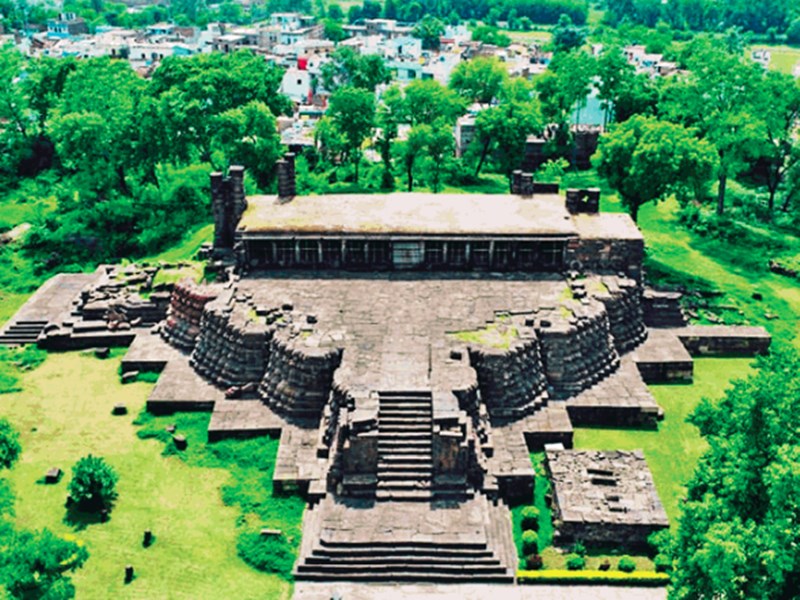 Vidisha, near the capital city of Bhopal, is a historical town with old architecture dating back to the 2nd century. This little city is recognised for its rich cultural history and historical monuments that represent the Gupta Empire’s outstanding artwork, which controlled the region for a long period. Vidisha is a town in the Indian state of Madhya Pradesh. It is 62.5 kilometres northeast of Bhopal, the state capital. The name “Vidisha” comes from the Puranas’ reference of the adjacent river “Bais.”

Best Places to Visit in Vidisha

The pillar, Garuda Dhvaja (Flag with God’s Symbol), was a gift from Greek Governor Antialkidas (180BC), who handed it across via his envoy Helliodorus. The pillar OS, one of the eight Dhvajas, included the tha, Garuda Dvaja, Tal Dvaja, and Makar Dvaja. Four hundred years of recorded history of worsh IP of TH pillar by the Dhimar (Fisherman) community has veiled the pillar in magical layers, and exorcisms take place under a tamarind tree in front of each new moonlight. Khambaba site excavation (1913-1914). This pillar was built in honour of the God Vastudeva by Heliodorus, son of Dion. He served as the ambassador for the Indo-Bactrian King Antalikita.

Today, Udaipur is a small town in the Vidisha district. It’s well-known for the Neelkantheswar Temple. Udayaditya, the Paramara ruler, erected this temple. He was the great king Bhoja’s son (1010-1050 AD). It is difficult to find exactly dated temples in central India. However, the Udayeshwar temple is one of the few that has a certain date. Two inscriptions inscribed on the temple describe the temple’s construction between 1059 and 1080 during the reign of Paramara king Udayaditya.

This cave is a big open cutting around one metre deep, 6.5 metres long, and approximately four metres high. Vishnu is depicted here as a man with a boar’s head, his left foot resting on the coils of a naga monarch with a canopy of thirteen snake’s heads. The No. 5 cave in Udaya Giri’s bock cut caverns is famed for a solossal rendition of Varaha Avatar, Vishnu’s third incarnation.

Autumn and winter are the best seasons to visit Vidisha

How to Reach Vidisha

Vidisha is located in the heart of Madhya Pradesh, close to the state capital of Bhopal. Vidisha is accessible by road and train from both directions. The nearest airport is Bhopal (65 kilometres), which is connected to Delhi, Mumbai, Hyderabad, and Udaipur. From Vidisha, a cab trip to Bhopal takes around 1-2 hours.

Vidisha Railway Station is on the main Delhi-Mumbai and Delhi-Hyderabad railway lines. Vidisha’s up and down train passes by.

NH-146 connects Bhopal and Kanpur, passing through Sanchi, Vidisha, and Sagar. The distance between Vidisha and Bhopal is 60 kilometres. State High way 19 Vidisha to Ashok Nagar