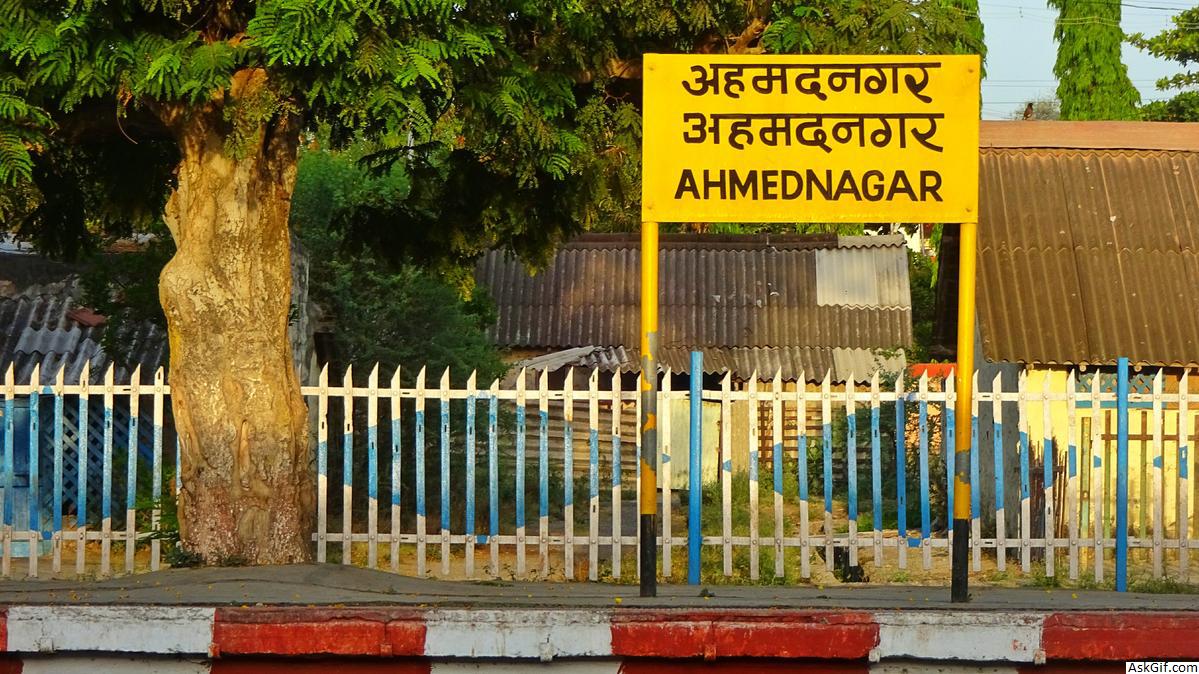 Ahmednagar is a city in the Ahmednagar district of Maharashtra, India, located 120 kilometres northeast of Pune and 114 kilometres south of Aurangabad. Ahmad Nizam Shah I, who founded Ahmednagar in 1494 on the site of a battleground where he defeated greater Bahamani forces, gave the city its name. Ahmednagar is the state’s largest district. It is the origin of the cooperative movement and is home to 19 sugar plants. Cooperatives in the sugar, milk, and banking industries thrive in this region. A brilliant visionary was born exactly 100 years ago, deep in Maharashtra’s heartland.

Best Places to Visit in Ahmednagar

Nearly 1.5 kilometres from Parner, at the confluence of two minor streams, are two Shiva temples called locally as Sangameshvara and Trimbakeshvara temples. It dates from the 12th century AD.

Five stone gates were part of a huge fortress of mediaeval provenance built under Ahmednagar’s Nizamshahi reign. The gates are made of stone, while the domes are made of bricks and lime masonry. Three of them have four arches supporting the superstructure, while the other two have a single arch.

Siddheshwar,Devi and Vishnu temple at Toka

A complex of three temples at Kayegoan Toka is located at the confluence of the rivers Pravara and Godavari. It includes the Siddheshwar Mahadev temple, the Devi and Vishnu temples, and vast ghats along the river that are connected to the temple complex.

Naktich Deul is a Shiv temple. Shiv Temple is on the left side of the road, next to Mallikarjuna Temple. It comprises of the main shrine, which houses a Shivlinga. There is a garbhagriha, antarala, mahamandapa, and mukhamandapa in the temple. Separately, a Nandi shrine is placed in front of the temple. The pillars of the mahamandapa are artistically crafted and roundish in places. It dates from the 13th to 14th centuries AD. Mallikarjuna temple is made of basalt stones and has a simple appearance on the outside. The temple is made up of garbhagriha and mandapa. In front of the temple stands a Nandi. Temple dates from the 13th-14th centuries AD.

The Jain temple is made up of a garbhagriha, antarala, mandapa, and mukhamandapa. Beautiful designs cover the ceilings of the mandapa and antarala, as well as the entrance frame of the sanctum. Despite being designated as a Jain temple, Shivlinga is now kept in the sanctuary. The temple dates from the 12th to 13th centuries AD. The Mallikarjun temple was established in the 13th-14th centuries AD and was extensively restored during the Peshava dynasty. The original lower level of the temple is made of stone, while the shikhara potion is made of bricks and lime. The pillars are rectangular at the base, the shaft is divided into beautiful octagons, and the rectangular parts in the middle contain the most intricate images in the shape of battle elephants, warriors on horseback, makarmukha, and ghatapallava pattern.

The Dhokeshwara Cave is a big hall with triple chambers located on the east side of one of two rocky hills that rise from a barren flat. The largest is 18.28m deep and 13.7m wide, with a front open and supported by two massive square pillars and two massive pilasters. A little inside of these, another similar row supports a great architrave running right across the temple, and within this is the shrine, hollowed out of a rectangular block left standing from floor to roof and surrounded by dark passage. A linga is the main object of devotion at the central shrine. The caverns date from the eighth century AD.

In numerous spots, the valley road becomes so narrow that sunlight can not reach the earth. A tour to Sandhan valley is a remarkable experience while experiencing the majesty of Sahyadri in front of the Ajoba Mountains, Ratan Gad, and the Alang-Madan-Kulang fort and the Kalsubai peak. The depth of the continent’s number two is supposed to be in Asia.

Khadka fort, located in the taluka Jamkhed, is the earliest Shivapatan. On March 11, 1795, the Marathas defeated Nizam at this location. Sardar Nimbalkar erected this fort in 1745. The fort’s wall and entrance are still in good shape, and there is a barawa and mosque within. There are 12 Jyotirlingas in the area, and the month of Shravan draws a large population of worshippers.

The hamlet of Rehkuri is located around 80 kilometres from Ahmednagar in the Karjat Taluka. The refuge for the rare and famed ‘Indian Black Bucks’ is located in Rehkuri. Rehkuri Black Buck Refuge is the name of the sanctuary. The whole Rehkuri Black Buck Sanctuary spans 2.17 square kilometres of land. The summer season is the optimum time to visit this refuge. This refuge is open all year. It is believed that there are 400 to 500 Indian Black Bucks inside this sanctuary as of today.

The fort was built in the 6th century during the reign of the Kalchuri dynasty. The fortress was constructed during this time period, and many caverns were most likely dug out around the 11th century AD. In the 14th century AD, Sage Changdev meditated here. The fort was afterwards taken over by the Mughals, and it was conquered by the Marathas in 1747 AD. Here, relics of Microlithic human dwellers have been uncovered. Many allusions to Harishchandragad may be found in the Puranas such as Matsyapurana, Agnipurana, and Skandapurana. Harishchandragad’s three peaks are Rohidas, Taramati, and Harishchandra.

Ahmednagar’s winter season begins in October and is the ideal time of year to visit the city.

How to Reach Ahmednagar

From most cities in Maharashtra, there are state-run and private tour buses that run to Ahmednagar. From Ahmednagar to Mumbai, the distance is about 258 kilometers.

Ahmednagar is accessible by train from Shirdi, Mumbai (Dadar), Pune, and a number of other places.