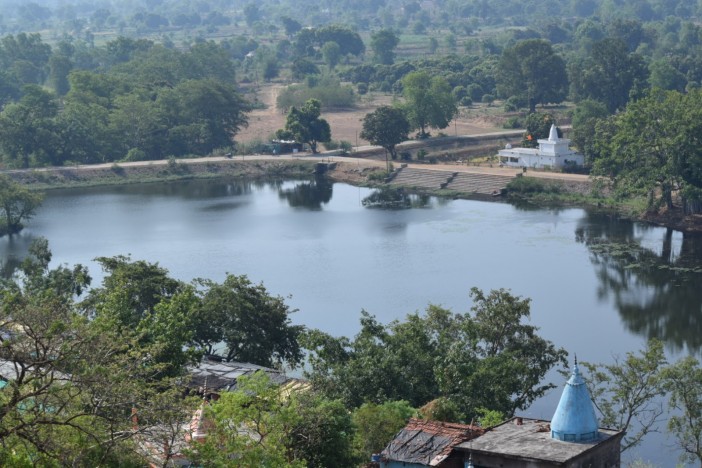 Bhandara is a city and municipal council in Maharashtra, India, that serves as the administrative centre of the Bhandara district. It is linked to the NH-53 and NH-247 highways.

Best Places to Visit in Bhandara

Buddha Dharma was born in India 2500 years ago and became extinct after 1700 years. India is the birthplace of Buddha Dharma. Pannya (Wisdom) Metta (Mercy) Sangha (PMS) was founded to propagate Buddhism. Through its efforts, the motivation was the manifestation and extension of Buddhism, as well as the social, educational, and cultural advancement of the underprivileged and oppressed across India. Mahasamadhi Bhoomi was built for this purpose in 1987 in Ruyad, Tah. Pauni District Bhandara, Maharashtra. Pauni was a historic town that was recognised as one of the key centres of Buddha culture during Samrat Ashoka’s reign. Every year since 1987, people have gathered in Mahasamadhi Bhoomi for the Dhamma Mahotsav, a religious celebration.

On the banks of the Wainganga River, in this same region, the Mahasamdhi Bhumi Maha Stupa was opened on February 8, 2007. Many additional individuals from many nations, including monks and other well-known figures, came to enjoy this celebration. Every month on Poornima and Amavasya, hundreds of people gathered to pray and adore the deity. Today, Mahasamadhi Bhoomi, which is one of the outstanding examples of Buddhist sculpture, has been designated as a Buddha pilgrimage site. In this atmosphere, major events in Buddha’s life are depicted in the shape of Statues, which elicit religious thoughts in the minds of onlookers.

It is built on and impounds a local nallah. The closest city to the dam is Bhandara in Maharashtra’s Bhandara District. The dam is known as an earth fill dam. The dam’s length is 96 m (314.961 feet), and its height above the lowest foundation is 12.44 m (40.8136 feet). The project lacks a sufficient spillway. The spillway’s length is unknown. The dam has been ungated. The catchment area of the dam is unknown. 6.9 MCM is the maximum / gross storage capacity. The capacity for live storage is 8.75 MCM. Nowadays, practically all bodies of water provide excellent picnic places. Rawanwadi Lake, with its picturesque splendour, is also a famous tourist destination. The natural beauty is enhanced by the hilly terrain and woodland.

Umred Karhandla Wildlife Sanctuary is located around 58 kilometres from Nagpur and 60 kilometres from Bhandara. It spans Pauni Tahsil in Bhandara district and Umred, Kuhi, and Bhivapur Taluka in Nagpur district. This Sanctuary is also linked to the Tadoba Andhari Tiger Reserve by the forest along the Wainganga River. The sanctuary is home to breeding tigers, Gaur herds, wild dogs, and uncommon creatures like as flying squirrels, pangolins, and honey badgers.

Korambhi is a hamlet in the Bhandara tahsil of Maharashtra’s Bhandara District. On the hill of Korambhi, there is a temple dedicated to the Hindu deity. Hindus see it as a sacred site. Korambhi is well-known for its Temple. The settlement is located on the Wainganga River’s bank.

The Indirasagar Dam, also known as the Gosikhurd Project, was built to provide irrigation to the villages of Nagpur, Bhandara, and Chandrapur districts. Smt. Indira Gandhi, former Prime Minister of India, laid the dam’s cornerstone on October 23, 1984. The site has a 92-meter-high and 653-meter-long concrete gravity dam that was built after reconstructing around 249 communities impacted by the submergence of Gosikhurd. At the moment, the dam meets the irrigation and electrical demands of the destination and its surrounding territories.

Koka was just designated as a wildlife sanctuary a year ago, in 2013. The park is only around 20 kilometres from the district of Bhandara and near to the Nagzira Wildlife Sanctuary. The park’s entire area is 92.34 square kilometres. Koka is home to a large number of tigers and leopards. Herbivores include Gaurs, Cheetals, and Sambhars. Koka serves as a safe refuge for animals that have strayed from the Nagzira and New Nagzira Sanctuaries in need of a new home. It is 60 kilometres away from Nagpur, which has an international airport. From here, Koka may use trains, buses, or taxis. Bhandara, 20 kilometres away, is the nearest railhead. From here, tourists may either catch a cab or take a bus to Koka.

The jungle excursions are available from 6:30 to 10:30 a.m. and from 3:00 to 6 p.m. The trip is 44 kilometres long and takes around 3-4 hours to complete. On Thursdays, the park is closed. The optimum time to visit the park is between November and June. The sanctuary is unusual in that automobiles are not available for renting. Tourists must bring their own automobiles. They must not bring a car that is too old, loud, or emits too much smoke. Such cars may be denied entry. It is a good idea to get permission from the forest officials in Bhandara for your car before leaving your house. Those seeking to rent a car should also keep this in mind.

Bhandara’s enchantment is revealed during the monsoon months of June to September, when the weather is pleasant.

How to Reach Bhandara

Air service is available up to Dr. BAI Airport in Nagpur (MS), 65 kilometres from Bhandara.