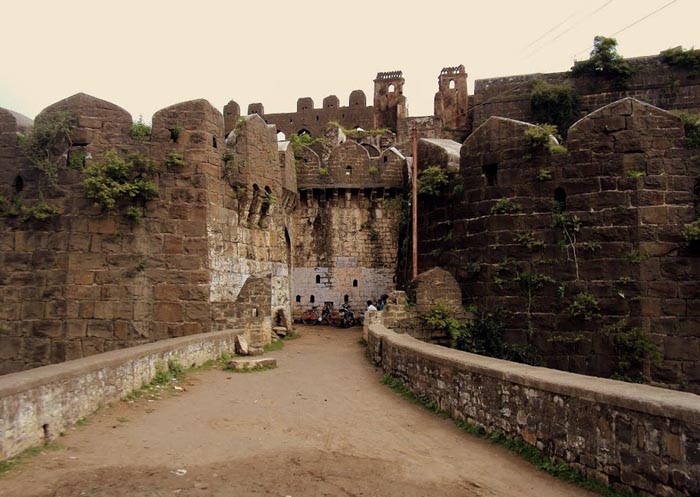 Latur is one of the biggest cities in the Marathwada area of Maharashtra state, India. It serves as the administrative centre for both the Latur district and the Latur Taluka. Many ancient sites, including as Udgir Fort and Kharosa Caves, surround the city, making it a popular tourist destination. Ausa Fort is a popular tourist attraction in Latur. Ausa fort, which was built in an almost square shape, rose to prominence after the Bahamani Period and was conquered by Malik Ambar. During your visit to Latur, pay a visit to the Ausa Fort and learn about this ancient structure.

Best Places to Visit in Latur

Chakur is located on the Latur-Nanded state route, approximately 35 kilometres from Latur. This location is well-known among tourists for its Lord Shiva Temple and amusement park.

Udgir fort is located in the city of Udgir in the district of Latur in the state of Maharashtra, India. It was built in the prebahamani period, dating from the 12th century CE. It is also famous for the historical battle in which the Marathas, led by Sadashivrao Bhau, defeated the Nizams and signed the Treaty of Udgir. There are various antique milatray observation ponys and rest homes spread over the nearby hills, all constructed from unusual white clayshow ever, and all have long sence been abandoned.

Udgir fort may also feature a deep subterranean passage connecting it to the forts of Bhali and Bider. The fort is surrounded by a 40-foot-deep trench and contains several palaces as well as Udgir Maharaj’s samadhi, which lies 60 feet below normal ground level.

It was named after Hindu rishi Santh Udgiri. It features various reare inscriptions written in arabic and persian that attest to the spread of knowledge and culture by local muslim rurals throughout the years.

During the post-Bahamani period, the fort played an important role in battles between the Deccan Sultanates. Eventually, in 1014 Hijri, it was taken by Malik Ambar and called Ambarapur, which was later altered to Amrapur.

The fort is built in a valley surrounded by high land on all sides, so from its highest point, one can see oncoming forces from a long distance away, but the major components of the fort remain concealed from the latter. The fort, which is approximately square in shape, has a moat or khandak (ditch) around it that is nearly 36.58 metres (120 ft) wide and is now nearly dry. The fort has a look, a retaining wall, a covered passage, and a double rampart strengthened further with gigantic bastions, most of which are semi-circular and armed with big cannon. Some of these cannons contain the names of Turkish engineers who worked for the Adil Sahi and Nizam Sahi dynasties. There are no notable structures at the moment, with the exception of a modern Baradari built by Colonel Meadows Taylor atop a circular bastion of the fortification next to the fort’s first inner gateway.

The guard chambers’ stone masonry has several poorly abraded Nilgari inscriptions. One of them has Murtaza Nizam shah’s name and the date 1529 written on it. Aside from the other structures, there is the customary Pani Mahal in ruins, many enormous wells that are now unusable, a mosque, and a dargah of one Sayyad Sadat. Outside the fort is an old Jama mosque, and in the prayer niche are two Persian inscriptions that commemorate the names of Emperor Aurangzeb and Sohrab Khan, the mosque’s founder. It was constructed in 1680.

The Mauje Elephant Island is located 16 kilometres west of Udgir in the Udgir taluka of the Latur district. Elephant Island has grown in prominence since antiquity. In addition to the old temples, there are several caverns, carvings, and sculptures. Goddard, the elephant island, has been designated as a regional tourism destination. The history of liberation warriors against the razakars in the Marathwada Mukti Sangram did not put a stop to the elephant island razakars. On Elephant Island, there is a Datta temple as well as Gangaram Maharaj’s Samadhi. This location, which is a component of the people’s faith, attracts a huge number of devotees from adjacent villages and states. Purnima is marked by a programme of bhajan, kirtan, and discourses.

Once upon a time, the elephant was a desolate and steep mountain. Because the terrain was of poor quality, there were no natural trees on the hill. This woodland area is 41 hectares and is located in the villages of Hanamantwadi, Dharmupuri, Karvandi, and Deoghar. The elephant island is a fantastic example of the amazing job that can be done if people decide that the government and the people support the administration, and the island is a great example. All of this has come to fruition on this steep mountainous summit. His appearance has altered.

The kharosa caverns are located near a hamlet of the same name in Maharashtra’s Latur district, about 45 kilometres from the city of Latur. The caverns are highly recognised among tourists and history buffs, since they were erected during the 6th century during the Gupta period, and they are well known for the sculptures of Shiva Parvati, Ravna, Narasimha, and Kartikeya. Kharosa Caverns consists of 12 caves, the first of which is a Buddhist cave with painted statues of Lord Buddha in sitting poses. Other caverns have shivlings, and one features a sculpture of Lord Dutta. The yaksha sculpture located outside one of the Kharosa caves is a renowned tourist and historical travel destination.

Best Places to Visit in Latur

The best time to visit Latur is during the mild winter months. The months of November through February are pleasant and ideal for touring in Latur.

How to Reach Latur

The Nearest Airport to reach this place is Pune(370Kms),Hyderabad(298Kms), Aurangabad(264Kms).