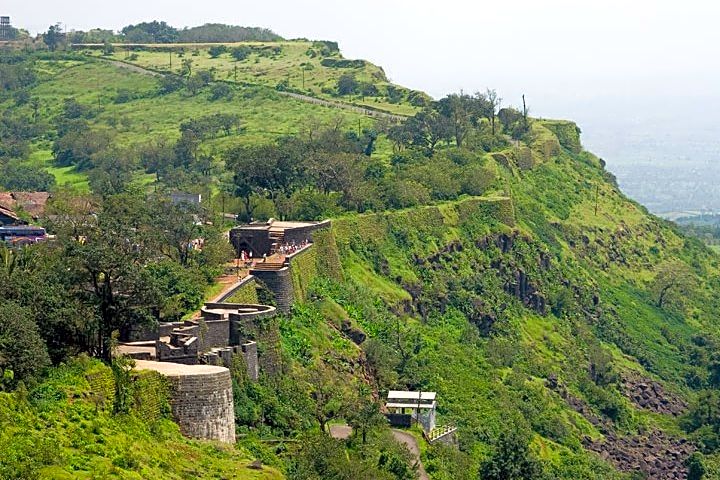 Sangli is a city in Maharashtra, India, that serves as the district headquarters for the Sangli District. Due to its production and trading of the spice, it is known as Maharashtra’s Turmeric City. Sangli is located on the banks of the Krishna River and is home to a number of sugar mills.

Best Places to Visit in Sangli

Audumbar is well-known for the revered temple of Dattatraya. It is reported to have been constructed in honour of Nar-sirhha Sarasvati, a famous saint who is said to be the incarnation of Dattatraya. His magnificence is lauded in Sarasvati Gangadhar’s Guru Charitra. Narsimha was born in 1304 to a poor Brahman couple, Madhava and Amba. After his thread ceremony, he went on a holy pilgrimage and returned to Audumbar on the banks of the Krushna to discreetly engage in religious mortification during the Caturmasa. At that time, a dullwitted Brahman’s son, struck with guilt at the remarks made by the people in this respect, went to Bhuvanesvari temple on the other side of the Krushna and prayed for three days and nights without eating.

But the goddess was unmoved by his terrible penance, which included cutting off his tongue and placing it at Her feet. Seeing his plight, the goddess instructed him to travel to Audumbar and pray to Narsirhha. Taking the order, the youngster walked to Narsirhha and fell at his feet, receiving the sage’s blessings. After the saint’s name was revealed, thousands of devotees began to throng to the location for darshan.

The Dandoba Hill Forest Preserve is about a 25-minute drive from Sangli. This forest preserve is home to a variety of flora and animals, as well as a few historically noteworthy old temples on its hills. This preserve’s hills are a popular destination for hiking and lengthy excursions. Dandoba Hill Station also hosts an annual mini-marathon race, which is a popular event.

The Meerasaheb dargah, located near the Miraj railway station, is a shared prayer centre for both Muslim and Hindu groups. Every Thursday morning, thousands of people travel to Dargah to seek the blessings of Hazarat Meerasaheb and his son Hazarat Shamsuddin Hussein. Hazrat Meerasaheb was a prominent Sufi saint during his lifetime. It is stated that he travelled to India from Mecca under Allah’s instruction (Saudi Arabia). Throughout his life, he spread Islam. Every year, millions of people visit this memorial to pay their respects on URS (martyrdom day).

The Sagareshwar Wildlife Sanctuary is a wildlife sanctuary in the Indian state of Maharashtra. It is situated at the crossroads of three Tehsils in the Sangli district: Kadegaon, Walva, and Palus. The wildlife sanctuary is man-made; it is an artificially planted forest without a permanent source of water, and the majority of wildlife species were brought artificially. It has a total size of 10.87 km2.

Best Time to Visit in Sangli

From March through October is the ideal season to visit Sangli.

Pune International Airport, about 240 kilometres from Sangl, is the nearest international airport.

Sangli has its own railway station, Sangli Railway Station, which connects it to Maharashtra’s main towns. In the Sangli District, Miraj is also a railway junction.