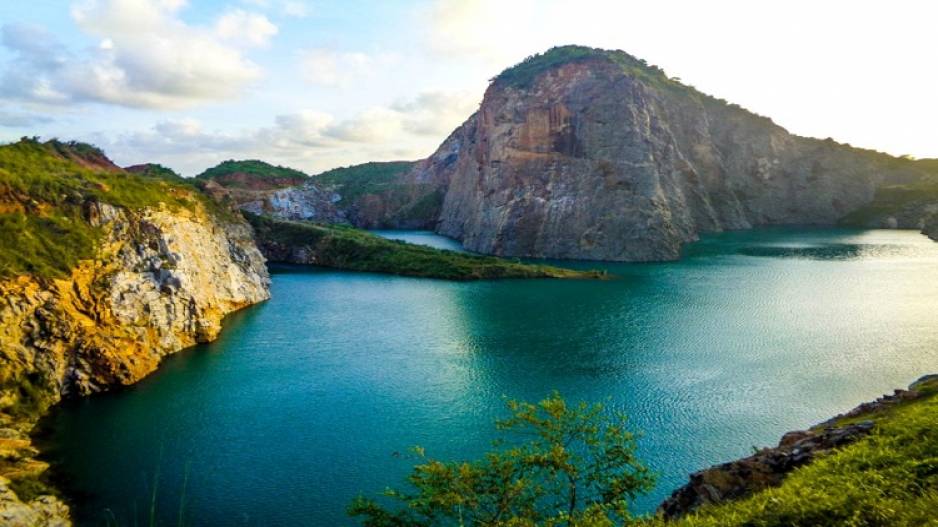 Khordha is a city and a municipality in the Odisha state of India’s Khordha district. Bhubaneswar, the state capital of Odisha, is located in the Khordha district, about 25 kilometres from Khordha town. This town is crossed by Odisha State Highway 1 and National Highway 16. The Ganesh Chaturthi festival (in Jatni), Khurda Mohotsav (in Khurda Town), and Laxmi Puja are all celebrated in Khurda District. Other important Hindu holidays like as Diwali and Holi, as well as Eid ul Fitr and Christmas, are also widely observed.

Best Places to Visit in Khordha

Atri is well-known for its year-round Hot Spring. The hot spring is said to have medicinal characteristics and is utilised widely for the treatment of skin problems. When heated to 100 degrees Celsius, the water from the Hot Spring (57 degrees Celsius) includes trace amounts of sulphur. Atri has a Government of Orissa Bathing Complex. The revered sanctuary of Lord Hattakeswar Mahadev is not distant from the Hot spring. On the day of Makar Sankranti, the temple hosts a huge yearly fair called Makar Jatra (mid January) On this day, tourists flock in huge numbers to worship Lord Hatakeswar in order to fulfil their aspirations, and they also bathe in the pools in order to get cured of their ailments.

Bhubaneswar, India’s temple city, is the state capital of Orissa. It is estimated that there were around 7000 temples in Bhubaneswar’s Ekamra Vana. Reminiscence of days gone by stretching back to the sixth century. In the ancient township, you may see temples such as Satrughaneswar and Laxmaneswar, as well as the massive Lingaraj temple from the 11th century. Centuries of temple construction activity lasted far into the 12th and 13th centuries, culminating in the Anant Basudev temple to the southeast of the Bindu Sarovar Tank. Aside from the Khandagiri and Udayagiri Caves, there are rock-cut architectural wonders of Jain significance from the first century B.C. Nandan KanaGardens, a zoological wonderland on the north bank of Kanjia Lake, offers a gorgeous landscape. Modern Bhubaneswar is known for its IT centre and software parks, as well as being a model conference and convention location.

Rameswar is a good stopover or destination for motorists on the NH5. At Rameswar, there is a WAC.

The Peace Pagoda, known as Shanti Stupa, was erected in 1973 by the Kalinga Nippon Budha Sangha to celebrate Emperor’s change of heart. Ashoka had a particular fondness for Dhauli, the site of the fight. After the fight, the Daya river is supposed to have become crimson with the blood of the numerous dead, allowing Ashoka to grasp the depth of horror connected with war. He ensured that Dhauli became a significant centre of Buddhist activity. He constructed a number of chaityas, stupas, and pillars there. He had abodes constructed for the hermit, instructions written for authorities, elucidated the major concepts of dandaniti for the public, and granted special status to his new kingdom, which included the stupas at Dhauli.

Chilika, Asia’s biggest brackish water lake encompassing an area of about 1,100 square kilometres, is a popular tourist destination for fishing, bird viewing, and boating. Chilikaaflutters with thousands of indigenous and migratory birds of various species from far and close, including Siberia. Chilika’s magnificent beauty, which has inspired poets to sing its praises and may be best appreciated from Balugaon, Barkul, must be seen to be believed. The lake may also be seen from moving trains and automobiles on the road near these locations. Amidst the blue expanse of water on one side and an evergreen range of hills on the other, the mood is simply quiet and undisturbed.

A cruise in Chilika, which is dotted with a slew of islands with beautiful names, will be a once-in-a-lifetime experience. Chilika, Asia’s biggest brackish water lake encompassing an area of about 1,100 square kilometres, is a popular tourist destination for fishing, bird viewing, and boating. Chilikaaflutters with thousands of indigenous and migratory birds of various species from far and close, including Siberia. Chilika’s magnificent beauty, which has inspired poets to sing its praises and may be best appreciated from Balugaon, Barkul, must be seen to be believed. The lake may also be seen from moving trains and automobiles on the road near these locations. Amidst the blue expanse of water on one side and an evergreen range of hills on the other, the mood is simply quiet and undisturbed.

A voyage in Chilika will be a lifelong memory, since it is dotted with a slew of islands with lovely names.

Mangalajodi Ecotourism, located 40 kilometres from the district headquarters, is a great place to catch a glimpse of Mother Nature. It is an ecotourism site on the northern banks of Chilika Lake in Odisha, known as “The Bird’s Paradise,” which attracts over 3,000,000 birds in its marshy waters throughout the winter. It is a one-of-a-kind environment whose conservation is exemplified by a sustainable way of life. Mangalajodi Ecotourism aspires to educate, inform, and empower people to transform ecosystems into a sustainable source of livelihood through well-managed low-impact tourism rather than exploiting them for short-term gains. The conservation of wetland ecosystems and their avifauna is central to the entire endeavour.

Tantric orded centre fashioned out of black chlorite stone for the worship of 64yoginis. The temple is thought to have been erected around the 9th century by Queen Hiradevi of the Bramha dynasty. It’s constructed in a circular pattern entirely of sandstone pieces. The circular wall includes chambers on the interior, each containing a Goddess figure. There are around 56 such black granite idols etched within the wall cavities, centred on the main idol, Goddess Kali, who stands on a human head symbolises the triumph of the heart over the mind. The temple includes a centre altar (Chandi Mandapa) with the remaining eight Goddess idols on all four corners. According to certain historians, an idol of MahaBhairava was worshipped at the Chandi Mandapa.

Nandan Kanan National Park is located 20 kilometres from Bhubaneswar, the state capital of Odisha, India. When one enters the park, one realises why the name Nandan Kanan means Garden of Pleasure. It is situated on the banks of Lake Kanjia, surrounded by natural forest. The Zoo has an international reputation for raising white royal Bengal tigers in captivity, and it offers two distinct safaris for lions and tigers. On the northern side of the zoological park, there is a Botanical Garden that overlooks the Kanjia Lake, a boating resort. Amusements such as the Elephant Ride, toy railway, and ropeway are also accessible at the Park.

The Khandagiri and Udayagiri Caves recreate the memories of the Kalinga Empire under the reign of Jain ruler Kharvela. Around 40 rock-cut caves adorn the two hills divided by a road. Mahavir, the founder of the Jain faith, is said to have visited Udayagiri and Khandagiri in the sixth century B.C. Modern academics may be found in Rani and HatiGumpha in the Udayagiti with descriptions of dance culture in Orissa dating back to the 2nd century B.C. According to modern academics, the Udayagiri cave complex was also a theatre complex. Emperor Kharvela was a devoted supporter of culture. It is probable that he built the caverns for Jain ascetics as well as cultural events.

The best season to visit is from October to mid-March; the ideal length of stay is 3-4 days.

How to Reach Khordha)

Khordha and Bhubaneswar are located on National Highway 16, which connects Kolkata and Chennai.