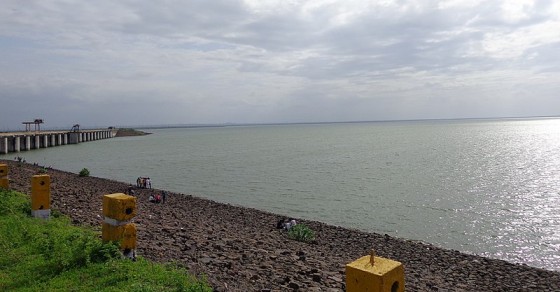 Yavatmal is located outside of Mumbai, the state capital. The name Yavat Mal is derived from the Marathi words Yavat (mountain) (row). Yavatmal is the southern terminal of the Shakuntala Railway, a narrow gauge railway with a track gauge of 762 mm (30.0 in). Yavatmal is Vidarbha’s pride. Yavatmal, in Maharashtra’s Vidarbha region, is one of those towns where one may get a sense of the state’s true spirit. Yavatmal, which belonged to the Berar Sultanate of the Deccan in the 14th century, was regarded as the’safest location on earth.’

Best Places to Visit in Yavatmal

The Sahastrakund waterfall is located on the border of Marathwada and Vidarbha. One portion of the waterfall area falls under the jurisdiction of the Umarkhed Tahsil of the District, while the other falls under the jurisdiction of the Kinwat Tahsil of the Nanded (Marathwada Region) district. This waterfall is 70 kilometres from Umarkhed and 181 kilometres from the district headquarters. During the rainy season, a large number of people visit this waterfall. Tourists appreciate the water dropping from 30-40 feet, the little droplets that cover the whole tourists, and the sound of the water, which brings them great satisfaction. On the brink of the waterfall, there is a lovely garden. Visitors are drawn to several sorts of butterflies. A large number of tourists from the neighbouring Adilabad district in Telangana state visit on a daily basis. Pilgrims are also drawn to the Panchmukhi Mahadeo shrine. Two days of vacation during the rainy season is enough to experience this region with its numerous sorts of birds and wild creatures.

Tipeshwar wild life sanctuary is located in Pandarkawada Tehsil, in the district of Yavatmal, Maharashtra. Learn about Tipeshwar Sanctuary – The sanctuary has an area of approximately 148.63 square kilometres and is densely forested. People rely on the forest for fuel, lumber, and other resources in the settlements that surround the sanctuary. Because the terrain is steep and undulating, the vegetation cover changes according to height. Fauna- The sanctuary is home to a diverse range of creatures, including hyenas, chitals, black bucks, sambars, jackals, wild boars, peacocks, monkeys, blue bulls, wild cats, bears, and many others.

Best Time to Visit in Yavatmal

From October to February is the best time to visit Yavatmal.

How to Reach Yavatmal

Ner, Yavatmal, Jodmoha, Mohada, Umari, Karanji, and Wani are all on the Amravati to Chandrapur State Highway.

Dhamangaon (Railways) is the nearest railway station, located on the central line and 49 kilometres from the district headquarters.

Yavatmal district headquarters is 103 kilometres away from Wani railway station.

Yavatmal and Darwha are the places still on narrow gauge line.