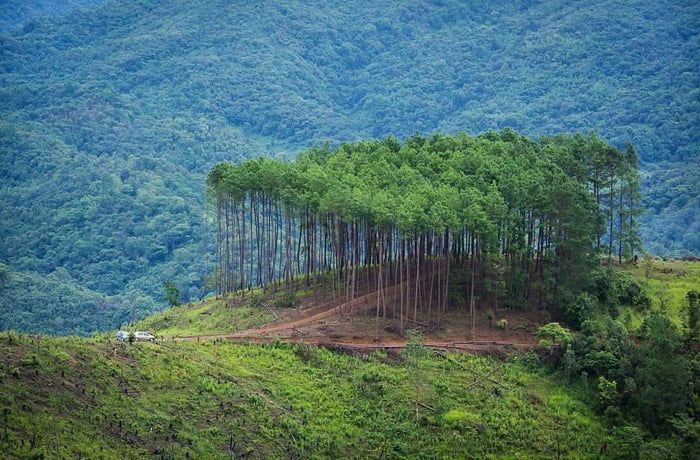 Ukhrul/Hunphun is a town in India’s Manipur state. The Tangkhul Naga resides in Ukhrul. It is the administrative centre of the district of Ukhrul. The district is divided into four sub-divisions for the administration of the communities in and surrounding it. The ‘village heads,’ on the other hand, are in charge of the villages. Located at a height of 5,453 feet above sea level. Ukhrul town is home to about 75000 happy Tangkhul Nagas and non-natives from all walks of life. The town is the administrative centre of the Ukhrul District and is connected to Imphal through national route 150, which is roughly 84 kilometres long and takes around 3 hours to travel. This road also connects Ukhrul and Kohima. Thanks to Jessami for the tip.

According to the 2011 census, the literacy rate in Ukhruk district is 81.87 percent. The Hunphun (Ukhrul) dialect is the lingua franca, with more than 250 dialects believed to be spoken in each village. Ukhrul has a nice climate with temperatures ranging from 3°C to 33°C. The annual rainfall average is 1,763.7 mm (1991). Summers in Ukhrul are rainy, and winters are chilly and dry. Between the months of April and August, Ukhrul receives rain. Ukhrul is best visited between October and March.

Ukhrul is known for its festivals, which draw visitors throughout the year. Luira (seed sowing festival), Mangkhap (resting feast), and Thareo are the most important celebrations (harvest festival). The primary attraction is the preparation of real Tangkhul food and the performance of traditional music and dance.

Ukhrul is also home to the Shirui Lily (Lilium Mackliniae Sealy), which can be found in its native environment on the peak of Shirui Kashong, 18 kilometres east of town, and the Khangkhui Mangsor cave, 16 kilometres distant. The area is dotted with popular parks, peaks, and waterfalls. Tourists will enjoy picnicking at Duncan Park and El Shadai Park.

Tourists and ardent visitors are still looking for Khayang Waterfalls and Ango Ching, a wooded region. Lunghar Sihai Phangrei, a flat hilly area, and Kachouphung Lake are also excellent places to take a leisurely stroll. Ukhrul’s geography is dotted with waterfalls, caverns, and peaks, all of which contribute to the town’s other moniker, the Green Town. Shingcha Kachui, Mova Cave, Marangphung Saline Spring, Kachai Lemon, Shirarakhong Chillies, Shangshak War Memorial, and many more are among the attractions.

Ukhrul is the place to go if you’re seeking for a fresh spot to hike in North-East India or want to explore virgin hill stations hidden in the mountains. During the months of May and June, Shirui Kashong mountain is engulfed by a sea of lilies. The caves of Khangkhui Mangsor and Mova merely pique the curiosity of archaeologists.

Best Places to Visit in Ukhrul

Phangrei, a favourite picnic site for locals and visitors alike, is a lovely tourist destination in Ukhrul. Phangrei is also connected to the Shirui Hills. It is around 22 kilometres from Ukhrul.

The Mova cave is a limestone cave that may be visited after a short diversion from Ukhrul. It is located in a little hamlet named Hungpung, near the now-defunct cement mill and the Lungshang Kong/river. The cave’s main chamber can hold more than 100 people. According to local legend, a steep solid rock mountain some distance from the cave is thought to represent the cave’s male mate.

The Khangkhui Cave, also known as Khangkhui Mangsor in the local dialect, is a natural limestone cave. Many valuable artefacts going back to the Palaeolithic civilisation have been uncovered in this cave by archaeologists. The cave is around 15 kilometres east of Ukhrul town. During World War II, the locals utilised the cave as a shelter.

Kachai Village is one of Ukhrul District’s most picturesque villages. It has 510 dwellings and a population of 2107 people, with 1092 males and 1015 females. The village’s average sex ratio is 838 females for every 1000 males. Tangkhul Naga tribal people live in the village. There are 1005 Christians among the residents. Agriculture is the principal source of income for the locals. Kachai Village is around 140 kilometres from Imphal and approximately 46 kilometres from the district seat of Ukhrul. It is situated in the extreme west of the Ukhrul district, bordering the Senapati district of Manipur. Kachai is bounded on the east by Hoomi village, on the north by Theiva (Senapati District), on the west by Tingshong (Senapati District), and on the south by L.Phungthar. Talui-Hoomi-Kachai is connected by the Talui-Hoomi-tadubi road (NH-102/A) to Kachai village.

Kachai hamlet is well-known for its Kachai Lemon, also known as Kachai Champra (Lemon), which is abundantly farmed there. It is now spreading to adjacent villages and has flourished in Hoomi, Phungthar, Tora, Maichon, and Theiva.

Shirui Kashung Summit — 2835 m above sea level – is the more well-known peak. The cracks and slopes of Shirui Peak are the source of the majority of the main rivers. Shirui is located 18 kilometres from Ukhrul Town and 97 kilometres from Imphal. It is home to the world-famous Shirui (Siroy) Lily (Lilium Mackliniae). Shirui Lily was named by a British botanist called F. Kingdom Ward, who identified the distinctiveness of this lily blossom in 1948. Kashong Timrawon is the flower’s native name. According to mythology, the Kashong Timrawon is a protecting ghost that lives on Shirui Peak. Every year, thousands of scientists and tourists from all over the world travel to witness this priceless flower. During the months of May and June, the common Shirui lily blooms on the hilltop.

Manipur’s pottery has different characteristics indicated by its colours and designs in the majority of its villages. Longpi (Nungbi) village, on the other hand, has taken the lead beyond the state and earned a name for itself with its black pottery manufactured by the Tangkhul tribe, who live in Nungbi village. This art’s technique is supposed to have been passed down from the Neolithic period. This craft is distinguished by the fact that it is created without the use of a potter’s wheel. The primary elements for this art are clay and black rock. This is mostly a male-oriented handcraft that demands a high level of skill and concentration. K Timothy, 58, son of Kasarming, is a pioneer Pottery Artisan from Nungbi Khullen in Ukhrul district who received a state prize in Pottery craft in 2009 from the State Commerce and Industry Department. He has been manufacturing black ceramics for almost 30 years. He learnt the technique of pottery from Babu of Thongjao village in Thoubal district, whom he met while the latter was visiting the hamlet as a pottery instructor.

Best Time to Visit in Ukhrul

Ukhrul is best visited between October and March.

How to Reach Ukhrul

The nearest airport is Imphal International Airport in Tulihal, Imphal, which is around 105 kilometres away. From there, you may hire a private vehicle or take a public bus to Ukhrul town, which takes approximately 3-4 hours on average.

The nearest railway station to Ukhrul is at Dimapur (Nagaland), which is 314 kilometres away. The station serves both the states of Nagaland and Manipur as a significant train hub. You can take a cab and travel to your destination in Ukhrul after you arrive at the station. The journey from Dimapur to Ukhrul is generally 9-10 hours long.