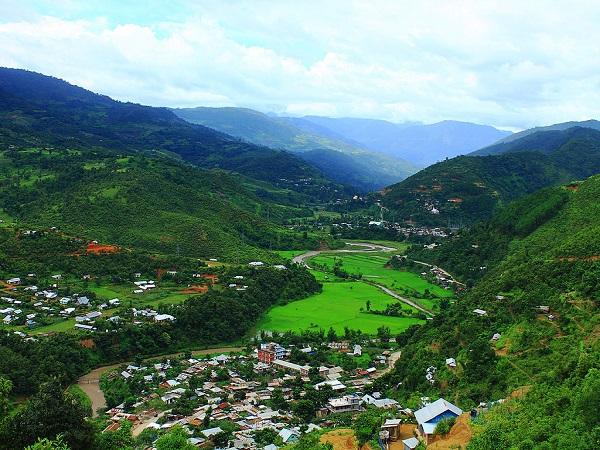 Chandel is a town in Manipur’s Chandel district. It’s a component of the Chandel neighbourhood. It is located in the state of Manipur’s Outer Manipur. This settlement is closer to Moreh. Chandel, commonly known as Lamka, is a small yet beautiful district in Manipur’s north-eastern state. Chandel is recognised for its various types of orchids, several ornamental plants, and some extremely valuable medicinal herbs, in addition to being home to a huge variety of plant and animal species.

Tlanglhungbung Leikol or Langol Peak Garden is located in the Langol Village in Machi Sub-Division in Chandel District, some 60 kilometres from the centre of Imphal city along the Indo-Myanmar route, surrounded by magnificent topography, hillocks, and breath taking scenery.

It is believed that in the tale of Manipur’s Khamba-Thoibi, Thoibi came to this mountain to select the highly rare flowers known as Thoibi-Lei. It is also a World War II historical location where allied forces established camps. Langol Peak, also known as Tlanglhungbung, is quickly becoming one of Manipur’s most popular tourist destinations.

Best Time to Visit in Chandel

How to Reach Chandel