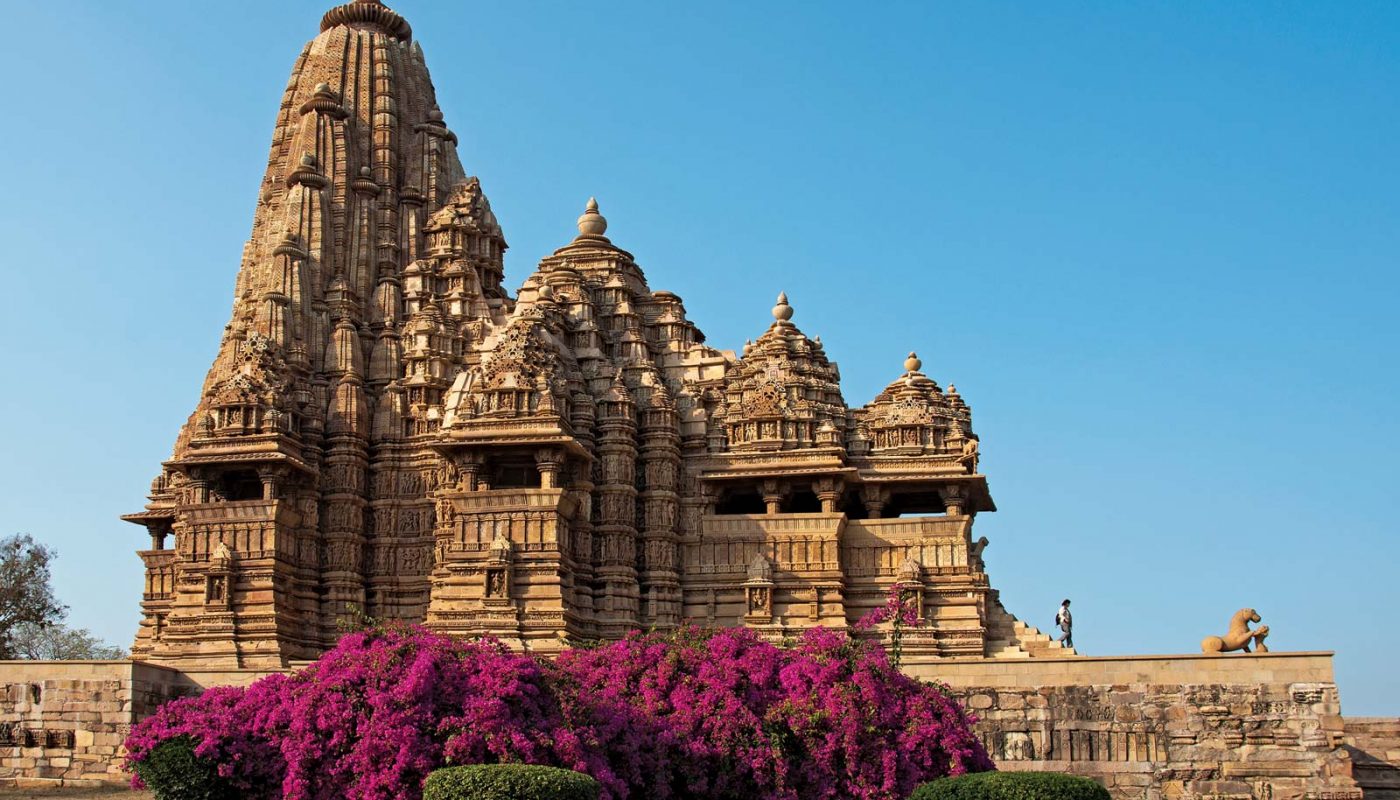 Best Places to Visit in Chhatarpur

The Khajuraho Group of Monuments is a collection of Hindu and Jain temples located near Chhatarpur, Madhya Pradesh, India, approximately 175 kilometres southeast of Jhansi. They are designated as a UNESCO World Heritage Site. The temples are known for their sexual sculptures and nagara-style architectural symbolism.

The Chandela dynasty erected the majority of the temples at Khajuraho between 950 and 1050. According to historical accounts, the Khajuraho temple complex comprised 85 temples spanning over 20 square kilometres by the 12th century. Only around 25 temples have remained, covering a total area of six square kilometres. The Kandariya Mahadeva Temple, one of the few remaining temples, is adorned with a plethora of sculptures with meticulous workmanship, symbolism, and expressiveness typical of ancient Indian art.

The Khajuraho group of temples were erected in tandem but were devoted to two religions: Hinduism and Jainism, implying a legacy of tolerance and respect for differing religious beliefs among Hindus and Jains in the region.

The winter season is the finest time to visit Chhatarpur. The temperature stays pleasant, making it ideal for exploring Chhatarpur’s tourist attractions. October, November, December, January, and March are the finest months to visit.

How to Reach Chhatarpur