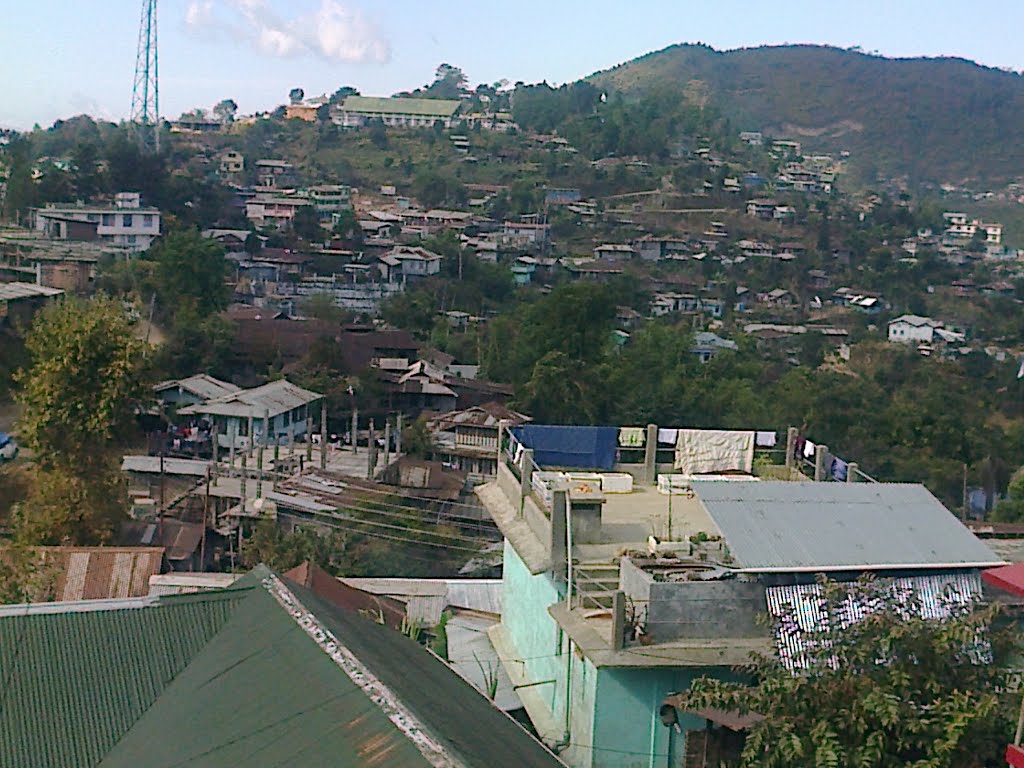 Nagaland is a state in India with eleven districts, one of which being Longleng. It is the country’s sixth smallest district in terms of population. Phom is the name given to the inhabitants of the district, and they are one of Nagaland’s most important tribes.

Longleng District is located in Northarn Nagaland and is a stretch of rugged country with no plains. Longleng District features a multitude of excellent tourist attractions such as sightseeing, trekking, fishing, and picnicking. It gives a tranquil, quiet environment away from the hustle and bustle of metropolitan life. Pongo Village and Bhumnyu Village are two popular tourist destinations. Longleng is a beautiful town in its own right. There are numerous tourist attractions for fishing and picnicking along the banks of the Dikhu and Yongam rivers. There are certain areas that are interesting for rock inscriptions and ornithologists, as well as for seeing Tragopan birds.

For anthropologists, several areas can be recognised for rich educational research work. Traditional buildings and antique sculptures provide historical context for Longleng’s past, culture, and tradition.
In two ways, the location might serve as a tourist attraction. One is due to its historical significance. Particularly the Naga people’s traditional culture and way of life, particularly in rural areas. Second, to appreciate the natural beauty of the area, which is surrounded by hills and dense vegetation.

Longleng is also well-known for its handicraft items. Shwals in particular, as well as little bamboo objects, are popular. The government has designated the district as “The District of Handicrafts” in recognition of the Phom people’s craftsmanship.

Best Places to Visit in Longleng

The Dikhu River is one of Nagaland’s most notable rivers. The Dikhu River passes through the districts of Mokokchung and Longleng. This river is one of Longleng’s most popular tourist attractions. The tranquil ambience and sandy margins make it ideal for a picnic. During the winter, the water level drops. Every traveller should sit at the river’s brink and take in the scenery at least once in their lifetime. Nagaland’s rivers are a significant supply of water for the state of Nagaland. All of these rivers are teeming with fish. The Dikhu River is a tributary of the Brahmaputra. The river flows among farmland in the Mokokchung district. It is one of India’s most powerful rivers. The Dikhu River is a popular tourist destination as well as a vital source of income for the locals.

The river’s water makes the region surrounding it fertile. Longleng is mostly an agricultural area. The Dikhu River is a lifeline for its inhabitants. During the harvest season, the Dikhu River does not dry up. Ungma and Longsa are separated by the Dikhu River.

Bhumnyu is a major hamlet of 491 households located in Longleng Circle in Longleng district, Nagaland. Bhumnyu village is administered by the Head of Village, who is an elected representative of the village, in accordance with the Indian constitution and the Panchyati Raaj Act. There is no information on our website concerning schools or hospitals in Bhumnyu village.

Pongo is a village in the Longleng Tehsil of Nagaland’s Longleng District. It is located 8 kilometres west of the district headquarters in Longleng. 3 kilometres away. 369 kilometres from the state capital ShillongPongo’s pin code is 798625, and the postal head office is Longleng.

Best Time to Visit in Longleng

Longleng is one of the greatest months to visit.

Longleng’s handcrafted masterpieces are well-known. Shwals and other little bamboo items are extremely popular. The government has designated the district “The District of Handicrafts” in honour of the Phom people’s craftsmanship.

There are three different major points from where one can reach Longleng headquarter/town.

Longleng is 260 kilometres from Nagaland’s commercial capital, Dimapur, through Golaghat and Mariani. Aside from shared taxi service, there are two (two) daily private buses that run between Dimapur and Longleng. To go to Longleng, one can use any of the services listed above. By bus, the travel will take approximately 11 hours, and by shared taxi, it will take approximately 9 hours.

N.S.T (Nagaland State Transport) buses go from Kohima to Chantongnya Town, covering a distance of around 232 kilometres. After that, from Chantongnya Town to Longleng Town, there is a State Road. For added convenience and speed, take advantage of the shared Taxi service, which runs between Kohima and Mokokchung every day except Sundays between 6 a.m. and 12 p.m. After that, From Mokokchung to Longleng, there’s a lot to see. Every day, except Sunday, at 12 p.m., it runs between Mokokchung and Longleng. By bus, it will take 11 hours and by taxi, it will take 10 hours.

One can avail N.S.T (Nagaland State Transport) bus or Shared taxi service from Mokokchung which is about 72 Kms far from Longleng Town. The shared Taxi and Bus plies between Mokokchung and Longleng around 12.00 noon everyday except Sundays.
Distance Reference Table From Longleng Town

You can either fly to Dimapur (Nagaland) and then take the Roadways services to Longleng as described above. Alternatively, anyone can travel to Jorhat (Assam) or Dibrugarh (Assam) and rent a taxi to get to Longleng. The distance between Jorhat and Longleng via Amguri is approximately 140 kilometres (Assam).