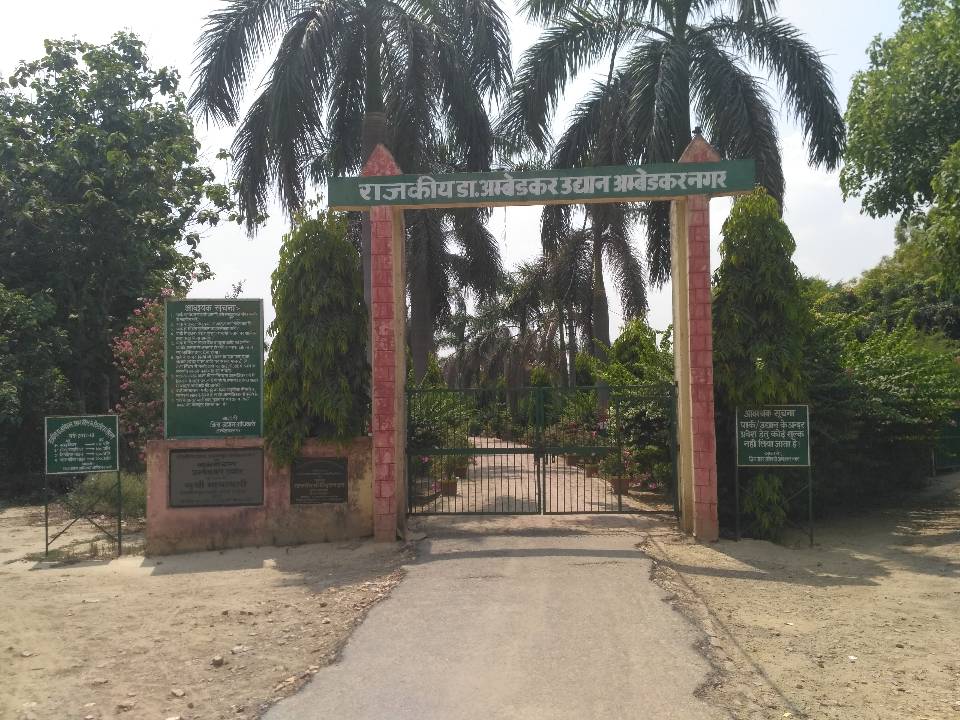 Ambedkar Nagar is a district in Uttar Pradesh, Faizabad, India. Born in remembrance of Bhimrao, Ambedkar, who fought for the promotion of the underprivileged groups, women, and other weaker sectors of society, this District was founded on 29 September 1995.

Kichouchha Sharif is also known as the Dargah of Syed Makhdum Ashraf Jahangir Ashrafi, a prominent Sufi saint. He was born in Semnan, Iran, and he made substantial contributions to the Chishti system. These saints made numerous journeys and delivered a message of peace to the people. Kichouchhah Dargah Sharif is situated on a small hill surrounded by a rhythm. The entire facility is covered with marble, tiles, and glass. Devotees from India and all over the world flock to this dargah in their numbers throughout the year.

Govind Sahab Dham, situated on the border of Ambedkar Nagar and Azamgarh, is the center of faith. Every year there is a one-month fair and It is believed that every pearl is completed by Baba on the day of Govind Dashami. Here is the reason that devotees reach this day not only from the country but also from abroad to the devotee Baba’s philosophy. The fair will start on last week of November. Since Dham falls in Ambedkar Nagar district, therefore the district magistral will inaugurate the fair.

Govind Sahab Dham, located on the boundary between Ambedkar Nagar and Azamgarh, is a religious centre. Every year, a one-month fair is held, and it is said that Baba completes each pearl on Govind Dashami. This is why devotees come to the devotee Baba’s ideology not only from within the country but also from overseas. The fair will begin in the last week of November. Because Dham is located in the Ambedkar Nagar district, the fair will be inaugurated by the district magistrate.

The tourist attractions in and surrounding Ambedkar Nagar, which is located on the banks of the Ghaghara River, are quite popular. Ambedkar Nagar has a good transportation system, which makes the tour more comfortable. Lorepur Fort is a prominent tourist attraction in the area. The city’s Ambedkar Park is a popular picnic spot with a stunning setting; it is home to many birds as well as different herbs and shrubs. Picnics are also popular at Dr. Ambedkar Park in Akbarpur and Shahid Park in Rajesultanpur.

Tourists should not miss a journey to the Ghats of the River Ghaghara while at Ambedkar Nagar. Boating and swimming are popular and enjoyable activities in the Ghats. Apart from River Ghaghara, the district is endowed with other small river channels and lakes, including River Tons, River Saryu, Lake Devhat, Lake Hanswar, Lake Darvan, and many others, all of which are popular swimming spots. On important and auspicious occasions, holy dips in these streams are also common in the district; the holy plunge is meant for purification. Many temples are also located near these river streams. Rajesultanpur’s Balua Ghat and Kamhariya Ghat are also well-known.

Fairs and Melas in Ambedkar Nagar

Fairs and melas are also prominent in the area. According to the Ramayana, the area is the birthplace of Shravan, who was wrongly murdered by King Dasharatha. During Magh Purnima, which comes on a full moon day in February, an annual fair is held on Shravan Kshetra, which is visited by a large number of people from Ambedkar Nagar and beyond. The urs mela of Kichaucha Shareef in Baskhari, which takes place on the 27th of Moharam, is also quite popular in the district. This mela commemorates the renowned Sufi saint Hazrat Makhdoom Sultan Syed Ashraf Jahangir Semnani. Muharram Azadari and Amari are two more notable events observed on a great scale in the district. Govind Sahab Mela is also well-known in Ambedkarnagar.

The district is well-known for its places of worship, as the majority of the shrines in the area are historic and legendary in nature. The district’s Ashraf Jahangir Semnani shrine is particularly popular. Hazrat Makhdoom Sultan Syed Ashraf Jahangir Semnani was a Sufi saint who founded his own sila. Popular places of worship in Ambedkar Nagar include the Mahadev Mandir in Beedi village, the Shiv Baba Mandir on the Akbarpur-Khateri road, and the Hanuman Mandir in Aniruddh Nagar in Benipur village. Rajesultanpur is well-known for its shrines such as Baba Bharmchari Ji Kuti, Maa Kalika Mandir, Shree Bram Baba Mandir, Riyasat, Durga Mandir, and many others. City landmarks include Baba Bharmchari Ji Kuti and Maa Kalika Mandir.

Feb: The highest temperature in February is 26 C° and the lowest is… this is one of the greatest months to visit Tanda-Ambedkar-Nagar.

How to Reach Ambedkar Nagar

Ambedkarnagar  is connected to other major cities of the country via regular trains. Near by stations are Faizabad Junction and Azamgarh.
Railway Station(s): Akbarpur  (ABP)

Ambedkarnagar is connected by bus. Major near by places connected with Bus are Faizabad,Azamgarh,Basti ,Sultanpur and Sant Kabir Nagar.