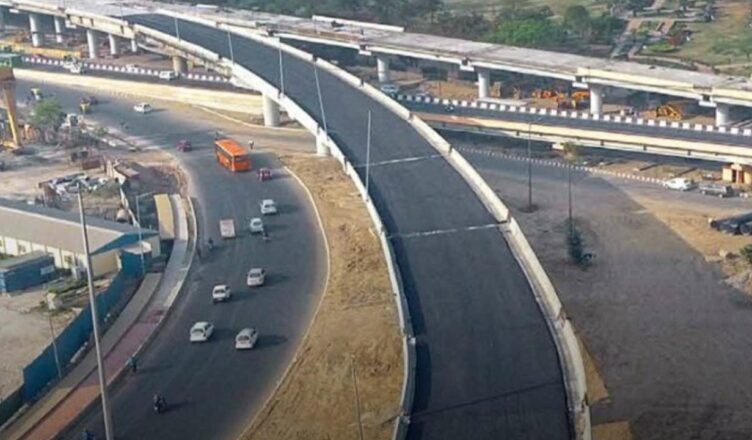 The specialty of the expressway

The Delhi-Meerut Expressway from Delhi to Dasna is 14 lanes, while it will be 6 lanes from Dasna to Meerut. On this expressway, the car will be allowed to run at a speed of 100 km / h and freight vehicles at a maximum speed of 80 km / h.

A toll plaza of 19 booths has been constructed in Kashi village of Meerut only on this expressway between UP Gate to Meerut. Apart from this, tolls will be collected with the help of cameras at every entry and exit point. The public will be able to board and take off on this highway at Sarai Kale Khan, Akshardham, Indirapuram, Dundahera, Dasna, Eastern Peripheral Expressway, Bhojpur and Paratapur. In such a situation, toll collection will be available at all these points.

There will be two ways to collect toll tax
Toll tax will be deducted from the moving train on this expressway. Here toll tax will be collected in two ways. Toll recovery will be done by reading with a high security number plate camera. Fastag will cut money. If a vehicle does not have HSRP, the challan will be sent to the house after reading its number. Apart from this, the toll tax will be collected in another way through fastag at the block. This has been done because there are cuts at some other places besides UP Gate, Dasna and Indirapuram to exit DME. There are no toll barriers here. From here, toll will be deducted after reading the number plate through the camera.

Better connectivity to EPA
Traffic from Delhi-Meerut Expressway (DME) and Eastern Peripheral Expressway (EPE) has been managed by constructing three ramps and two loops at the largest roundabout near Kallugarhi village ahead of Dasna. In this, the traffic coming from Meerut after catching the ramp three will run through Eastern Peripheral to Palwal. Also, if any traffic coming from Meerut has to go to the Kundli, then it will turn from the roundabout of Loop-2 and go towards the Kundli.

Relief from jams and pollution
After the commissioning of this expressway, the traffic load on the Delhi-Meerut highway will reduce significantly. Because the traffic going to Uttarakhand now takes this route. With the commencement of Delhi-Meerut Expressway, traffic going towards Uttarakhand and Meerut will originate from here. If Meerut highway is not jammed then pollution will be less. Due to the high speed train, there is a lot of jam here.

There will be 5-5 lanes for commuting and commuting on the Green Expressway.
NHAI officials said that after coming from UP Gate to Dasna, when we climb the Green Expressway at Meerut, we will get five lanes, even if descending, we will get five lanes. A distance of 100 meters has been kept in the toll booths for relief from jam. Two booths of the first two lanes have been built. After that, three-lane toll booths have been built at some distance.