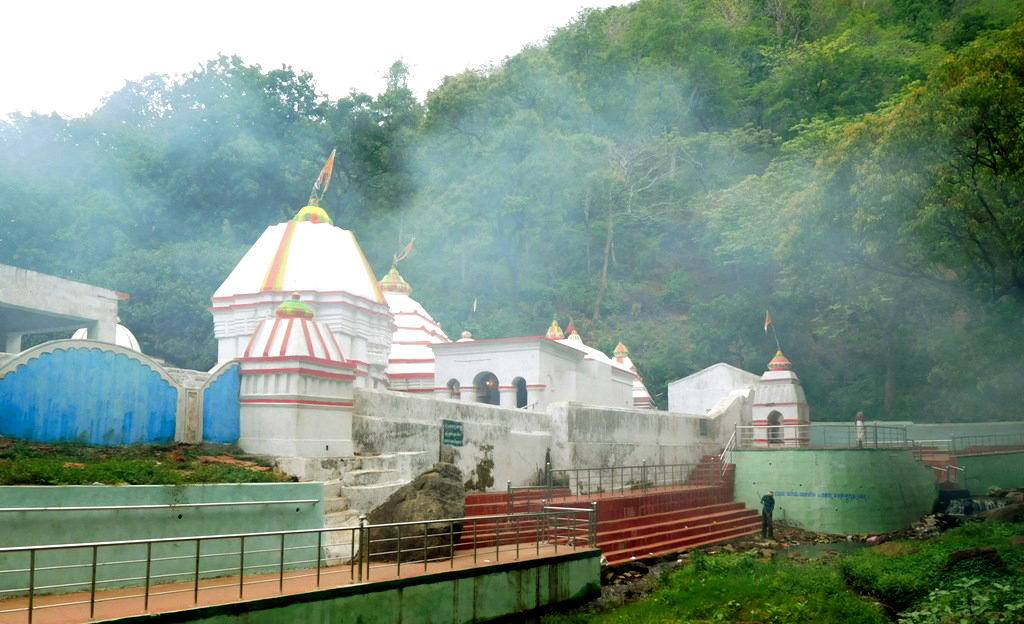 Balangir, sometimes known as Bolangir, is a city and municipality in Odisha, India, and the administrative centre of the Balangir district. Balangir is known for its rich cultural legacy. It is also regarded as Odisha’s cultural capital. The municipality of Balangir is split into twenty-one wards. It has a total area of 12,200 acres. Balangir is noted for its moderate temperature, many temples, parks, picnic areas, age-old structures, and the famed Sambalpuri cotton fabric. It is also known as the cultural capital of Western Odisha, notably for its indigenous tribe Kosali’s traditional art and dance.

Best Places to Visit in Balangir

Bhima Dunguri holds a distinct place on the tourism map of Balangir district because of its splendorous natural wealth and beauty, which is surrounded by evergreen forest. Bhima Dunguri is well-known for its old natural caverns, which are spread throughout the steep terrain. During the spring season, the panoramic view of this place is unrivalled, therefore every type of traveller will be fascinated by its magnificent landscape. Every year, the locals here celebrate Girigobardhan Puja with tremendous pomp and gaiety during the month of Kartika purnima. On this auspicious occasion, a Mela and Sankirtan are also being held concurrently. Bhima Dunguri is around 28 kilometres from Balangir town and is part of the Deogaon Block. A decent all-weather motorable road connects this location to Balangir town. It is a good destination for weekend travellers. Balangir town has affordable hotels, circuit houses, and IBs.

Kumuda Pahad is a beautiful natural setting with a lot of tourist potential. It is, as the name implies, a mountainous place where Lord Dhabaleswar is incarnate in a large natural roomy cave spanning 80 feet by 40 feet. There are three more caves nearby. The temple is only 40 feet above the hill’s base. It is a tiny temple of its sort, yet it is the most famous temple in this area due to its religious significance. This temple attracts a large number of people because Lord Dhabaleswar is exceedingly compassionate and merciful to the guests. During the months of Shravana and Shivaratri, the temple attracts thousands of tourists.

The significance of the location is owing to the presence of Lord Shree Ram Temple nearby. The little reservoir on top of the hill enhances the panorama of the hill. There is also a vast reservoir where water sports activities may be enjoyed. This is an excellent destination for weekend leisure travellers. Kumuda Pahada is just 0.5 kilometres from Titilagarh. There are some reasonably priced budget motels and stay houses accessible here.

A group adventure destination 98 kilometres from Balangir. Tureikela is significant for witnessing diverse wildlife such as tigers, deer, bears, foxes, elephants, wild birds, monkeys, and wolves. The chirping birds perched on branches pique the interest of the onlookers. School and college students, weekend visitors, and leisure visitors flock here to ring in the new year in the lap of nature.

Gaikhai is located 30 kilometres from Balangir town and is flanked on three sides by green covered hills. The water mass here dazzles with natural splendour and provides tourists with a refreshing air. The area is popular with picnickers all year round and is perfect for group camping.

Jogisarda, located 25 kilometres east of Balangir, is famous for its Jogeswar Temple. All desires are said to be granted to those who worship Jogeswar Mahadev. The Linga of Jogeswar Mahadev suddenly arouses, earning it the moniker “Living God.” Devotees from all over gathered to fulfil their desires during Sital Shasthi Yatra, the marriage of Lord Shiva and Goddess Parbati, which was also celebrated with great pomp and gaiety on the celebration of Mahashivaratri.

Saintala, 38 kilometres south of Balangir, is proud of its temple of Goddess Chandi in Mahisamardini form, which is currently housed on a tiny mound. Among the notable objects referenced in sculpture are the Dasavatar (ten incarnations) depiction of Vishnu and a damaged door jamb with images of Ganga and Yamuna. The temple Chandi is presently in a state of disrepair.

The temple of the presiding god of 64 Yoginis is located 104 kilometres south-west of Balangir town on a rocky hill. In the Vedas, Ranipur Jarial is called as “Soma Tirth.” It is a religious faith that combines Saivism, Budhism, Vaisnavism, and Tantrism. On a near circular openvault, 64 Yoginis are worshipped. The main draw of the location is one of four such shrines in India. The temple dedicated to Lord Someswar Siva is the most notable of the approximately 50 temples here. The beautiful brick temple of Indralath is claimed to be the tallest brick temple in Odisha. The nearest bus stop to Ranipur Jharial is Mundpadar, which is 4 kilometres away.

Patnagarh, the historical capital of the Kingdom of Patna, stands majestically 40 kilometres west of Balangir, surrounded by ancient temples. Patnagarh in the current era is a wonderful mix of legendary past and modern present. This town, which is rich in natural beauty, is well-known for its many historical antique temples. The shrines of Goddess Patneswari – the presiding goddess – Shakti Peeth in the Chalukya style and that of Someswar Shiva during the 12th century are architectural marvels. The temple sculptures are a recollection of the first set of temples created under the Chauhan dynasty in western Odisha.

Harishankar, a pilgrimage site with unusual visual qualities, is located on the southern slope of the Gandhamardan hills. A perennial stream bursts into droplets as it rushes over its rough granite bank, forming cascades at various points. Harishankar, being a cool resort in the midst of nature, is a great destination to escape the summer heat.

A refreshing bath with sliding on the flowing rock provides guests unusual joy. It is claimed that taking a bath in the stream and worshipping Lord Harishankar may cleanse one of all sins, and devotees from all over the country flock here to have their desires granted. Harishankar has a diverse range of flora and animals. A deer park adjacent to Gandhamardan hill is quite popular with tourists. On the occasion of the Baishankha Mela, tourists from all over the world converge to Harishankar. It is also a popular picnic location. Tourists may stay at panthanivas to enjoy Harishankar’s stunning scenic splendour.

Nrusimhanath is located in the Bargarh district on the northern slope of the Gandhamardan hills. Both locations are linked by a 16-kilometer-long highland road. During the Nrusingha Chaturdasi Mela, pilgrims walk this distance in a single day. Mountain hikers and adventurers will enjoy the experience as well. Harishankar is 81 kilometres from Balangir and is accessible by an all-weather decent motorable road.

Best Time to Visit in Balangir

The ideal months to visit Balangir in India are January to April and July to December.

How to Reach Balangir

Bhubaneswar Airport is the closest airport.

Balangir is the closest railway station.

It is around 350 kilometres from Bhubaneswar.