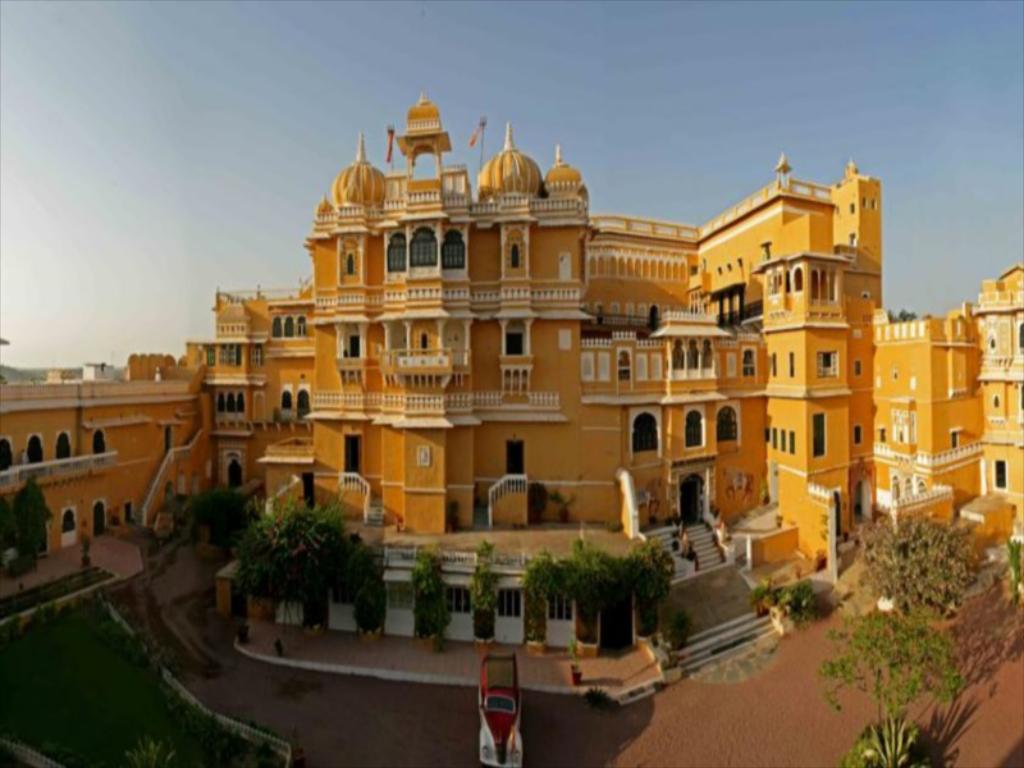 Debagarh, sometimes spelled Deogarh, is a city in the Indian state of Odisha. It is the seat of Debagarh District, which was formed on 1 January 1994 after being split from Sambalpur District. It is located in the state’s northwestern area. Deogarh is a tiny hamlet in Madhya Pradesh’s Chhindwara district that is famous for its historical significance. It was the Gond dynasty’s capital in the 18th century. Many monuments, tanks, and other buildings erected by the kings may still be found in Deogarh.

Best Places to Visit in Deogarh

The tranquil setting of this waterfall, which is only one kilometre from town, remains the first draw for tourists to Deogarh. The waterfall itself is the most valuable asset in terms of natural scenery. Poets and nature-loving celebrities from all across India come here to visit. Maa Pradhani’s Shakti Peetha and Lord Champakaswar’s temple have significant religious importance as well as a rich cultural history. Since time immemorial, people have enjoyed and worshipped religious displays. The fact that the waterfall is devoid of loudness and chaotic disturbances is a true refuge for the worshipers. The waterfall provides a beautiful view and tranquillity of water dropping wind, and it is felt as a peace and pleasure zone for all types of people who return with unforgettable memories.

Deojharan – springs is a renowned picnic place located inside deep woodland in Reamal Block, 16 kilometres from Deogarh Town. During the winter, the gorgeous surroundings and flowing jharan provide a welcoming ambience. According to local legend, when there was a struggle between Bamanda and Rairakhol over commerce and commercial route, the soldiers of Bamanda camped here in the impenetrable forest.

Raja Dibya Shankar Deb constructed this royal retreat between 1916 and 1919. Kailash is well situated with its gorgeous mountain clothed valley on the side of N.H. 49, 15 kilometres from Deogarh town. The rulers of the Ex-Bamanda estate have left several heritage homes as honeymoon destinations inside hills and mountains. In 2004, the State Government designated this location as an echo-tourism attraction. A tourist can spend hours and days in Kailash Palace, away from the clamour and bustle of daily life, savouring the surrounding environment.

Kurudkote is Deogarh’s second waterfall. It is 2 kilometres from the private Bus Stand and is easily accessible. The waterfall was a source of hydroelectricity energy during the reign of Raja Satchidananda Tribhuban Deb, the first of its sort in Odisha and the second in Asia. During the winter, picnickers go here to enjoy the picturesque setting, which includes bird chattering, the murmur of a waterfall, and hiking.

This tourist attraction is located in Tainsira hamlet, which serves as a crossroads for three districts: Deogarh, Sundargarh, and Angul. It is approximately 70 kilometres from the district headquarters and 22 kilometres from the Thianal Bus Stop on the National Highway linking Pallahara and Deogarh. Thousands of travellers are drawn to this location by the deep forests, sky-touching blue mountains, and the murmuring sound of the Dargadi Stream.

The water from the stream aids agricultural activity in the hamlet, and at low land, this stream is known as JOUTUK NALA, which flows further down to join the Brahmani River.

The temple is easily accessible from Deogarh’s Private Bus Stand. It is located 3 kilometres to the left of N.H – 200, under the Chikini Ghati, and is accessible via all-season roads. The temple was built in 1854 by Deba Durllav Deb, a scion of the royal dynasty, during the reign of Raja Brajasundar Deb and is one of Bamanda’s oldest temples. Lord Shiva is the ruling deity. The phallic emblem, or Lingam, is “Swayambhu” (natural formation) and not implanted. The temple was built in the Kalinga temple style, which has an architectural pattern.

This temple is associated with a mythology regarding the finding of the Lingam, which has practically become folklore. According to legend, Deba Durllav Deb went hunting in the jungle one day. He strung an arrow and fired when he saw a herd of spotted deer. He didn’t hit the mark. Surprisingly, the arrow struck a phallic stone, causing uninterrupted streams of blood to pour forth. Deba Durllav Deb had a dream at night in which Lord Shiva appeared and commanded that the location is his dwelling and that a temple may be built for devotion. A temple was built in the jungle, and the presiding deity was called Jhadeshwar. This temple is regarded a siddha-pitha, and people come from all over Odisha to worship Lord Jhadeswar and Maa Bhairabi for their desires to be fulfilled.

On entering Deogarh Town from the Sambalpur side, the visitor is greeted by the Olata Bata, a large ficus tree located in the Purunagada section of town. The inverted leaves of this tree have religious significance and are thought to be a peculiar botanical phenomenon. Katasar Ghat is located around 45 kilometres from Deogarh on the main road between Deogarh and Angul. It is part of the Kankarkhol Reserved Forest Area. The area is encircled by deep forest. At the summit of the ghat, there is a temple dedicated to Goddess “Banadurga” as well as a temple dedicated to Lord Shiva. Within the temple grounds, a natural brook flows. The location is quite serene and draws people because of its spiritual ambiance.

After 2 kilometres on the way to Deogarh from Katasar Ghat, there is a Sanatan Hindu Ashram. Rengalpali Math is named after the hamlet of Rengalpali. The flower gardens and vegetables maintained by monks within the Ashram grounds are particularly attractive.

Gohira Dam is located in Reamal Block, 28 kilometres from Deogarh Town. It’s a great spot for a picnic. It was built in the year 1981. The dam is one of the most valuable assets in terms of tourism and water resource development. The catchment area is approximately 336 square kilometres in size and irrigates roughly 8000 hectors of agricultural land. A temple to Lord Shiva, built by the people in 1980, is located near the dam.

This temple, located in Purunagarh, the historical capital of Bamra State, is one of the oldest in the sequence of temples in Deogarh town. Raja Pratap Rudra Deb constructed it in 1705. This is Bamanda State’s first and main Jagannath temple. It is a historical landmark of aesthetic splendour and the Ganga dynasty’s history. The magnificent constructions are based on the Kalinga temple architecture style. Garbhagriha, Natyashala, Jagnyashala, and Bhogamandap were the four principal sections of the temple. There is a lovely patio with cement floors. Attractive shrines with a connection to Indian culture and history have been etched. The area is ringed with temples to auxiliary deities.

The most important festival of the Jagannath temple is the car festival, which takes place during the month of Ashadha (June-July) and is performed in the style of Lord Jagannath of Puri. It lasts six days on the Bada Danda, Deogarh’s main thoroughfare, and culminates on the Bahuda Jatra day, when Lord Jagannath, Lord Balabhadra, and Maa Subhadra return from their sojourn.

It is a dam built by King of Bamanda Sir Basudeb Sudhal Deb between 1869 and 1875 over the river Motuali near Saruali village in the Barkote Block of this District. The dam wall was built from rocks collected nearby. It is around 56 kilometres from Deogarh Town.

There is a rock shelter and rock art site at Kanjiam, some 65 kilometres from Deogarh, 5 kilometres from the Kundheigola Police station, and one kilometre west of Ranchi-Vijayawada National Highway No. 200. On the cave walls, there is some engraved rock art depicting different mathematical designs, sketches resembling wild creatures, and impressions of human palms, crescent-like shapes indicating human habitation, and creative expression from pre-historic times. Such rock art has also been discovered at Balita, near Barkote.

The ideal months to visit Deogarh in India are January to April and June to December.

How to Reach Deogarh

Nearest aerodrome is at Bhubaneswar which is 260 KM from Deogarh.