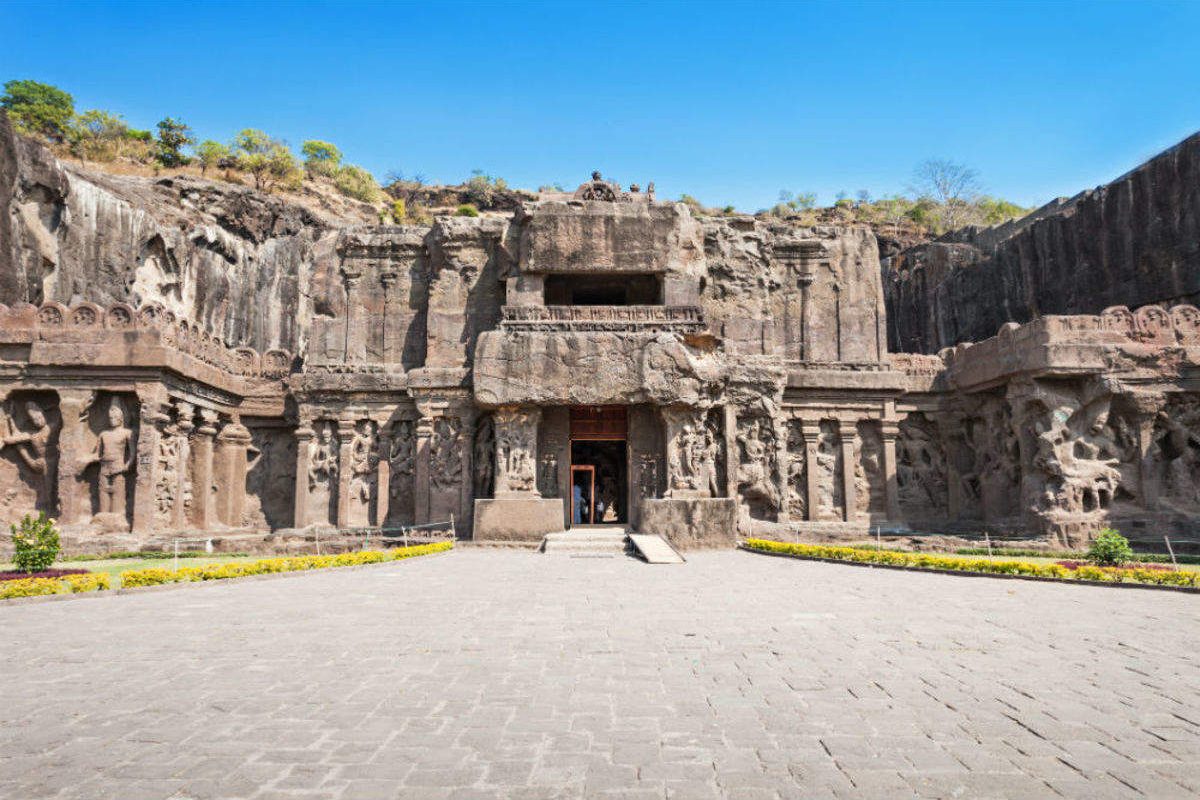 Aurangabad is a city in India’s Maharashtra state. The 17th-century marble Bibi ka Maqbara shrine, which is modelled after the Taj Mahal, is well-known. The Shivaji Maharaj Museum, devoted to the Maratha ruler Shivaji, houses a currency collection and showcases military weapons. The Aurangabad Caves, located north of the city, are a collection of ancient, rock-cut Buddhist temples. The historic Daulatabad Fort is surrounded by battlements to the west of the city.
The city is a tourism centre, bordered by several ancient sites like as the UNESCO World Heritage Sites of Ajanta and Ellora Caves, as well as Bibi Ka Maqbara and Panchakki. “The City of Gates” is how Aurangabad is known.

Best Places to Visit in Aurangabad

The Ajanta Caves are 31 rock-cut cave sites in Maharashtra, India, dating from the 2nd century BC. The caverns include paintings and sculptures that are regarded masterpieces of both Buddhist sacred art (depicting the Jataka stories) and frescoes reminiscent of the Sigiriya paintings in Sri Lanka.

Ellora is a Rashtrakuta-built archaeological site 30 kilometres (19 miles) near Aurangabad. Ellora is a World Heritage Site famed for its magnificent caverns. Ellora is the pinnacle of Indian rock-cut architecture. The 34 “caves,” which are actually constructions carved out of the vertical face of the Charanandri hills, were erected between the 5th and 10th centuries and include Buddhist, Hindu, and Jain rock-cut temples and monasteries.

A kilometre distant from the Ellora caves, the 18th century temple of one of Lord Shiva’s five Jyothirlingas in Maharashtra and 12 in India bears immense significance for its tourists.

Daulatabad, which translates as “City of Prosperity,” is a 14th-century fort city in Maharashtra around 16 kilometres northwest of Aurangabad. The location was originally known as Deogiri.

Bibi Ka Maqbara, located approximately 3 kilometres outside the city, is the final resting place of Aurangzeb’s wife, Rabia-ud-Durrani. It is a replica of the Taj Mahal in Agra, and because of its comparable design, it is also known as the Mini Taj of the Deccan.

Panchakki (water mill): Located 1 km outside the city, this 17th-century water mill is housed in Baba Shah Musafir’s Dargah compound. The Panchakki is an amazing water mill known for its subterranean water route that travels more than 8 kilometres to its source in the highlands. The creek ends in a stunning constructed waterfall that powers the mill. This monument exemplifies the scientific thought process that was incorporated into mediaeval Indian architecture.

The Baba Shah MusafirDargah, a large garden, and various other monuments can be seen around the mill. It also has stunning views of the Kham River and the cenotaph of Baba Shah Musafir, as well as a few tombs belonging to his pupils.

One feature that distinguishes Aurangabad from other mediaeval cities in India is its 52 ‘gates,’ each of which has a particular history or is associated with individuals. In fact, Aurangabad is renowned as the “City of Gates” because of the 52 gates that have been constructed at each of the city’s entrances. The most renowned, oldest, and largest of the 52 large gates is the Bhadkal Gate, which was erected by Malik Ambar to commemorate his triumph against the Mughals.

The Chhatrapati Shivaji Museum is named after the renowned Maratha king Chhatrapati Shivaji Maharaj. War weapons and other antiques from the Maratha Empire’s past kings are displayed here for public observation. The museum’s main features include a 500-year-old battle costume, a 400-year-old Paithani Sari, and Aurangzeb’s hand-written copy of the Quran.

The History Museum, one of the greatest and most well-organized museums in the city, is part of Dr. Babasaheb Ambedkar Marathwada University’s History department. The museum, the brainchild of Late Dr. Ramesh Shankar Gupte, includes different antiques from the Satvahan dynasty as well as authentic artworks from the Rajput, Mughal, Maratha, and British eras. The museum displays figures and excavations from the seventh to the twelfth centuries. The museum also houses sculptures from the excavations at Bhokardan and Daulatabad, as well as Sir Rao Bahadur Paranis’ collection of original Rajput, Maratha, and Mughal paintings, and Dr. SB Deshmukh’s collection of Paithan arms and armour, coins, textiles, semi-precious stones, and excavation objects.

Soneri Mahal was erected by a Bundelkhand chief near the foothill of the Aurangabad Caves’ left side. The name Mahal comes from the murals in the palace that were formerly painted in gold. The palace structure is composed of stone and lime, and it stands on a high pedestal. It is a two-story, expansive structure built in the traditional Rajput style. This historical historic site is now a museum, displaying a variety of ancient Indian garments, ceramics, and remnants of local palaces, as well as antiquities of daily usage. The Aurangabad Festival is held in the palace, where musicians and dancers perform their talents. During the celebration, area artists set up several stands to sell their wares.

The lake and bird sanctuary are named after the eminent ornithologist and naturalist Salim Ali, well known as the “Birdman of India.” It is located on the city’s northern outskirts and serves as a home for a variety of local and migratory species. Salim Ali Talab, as it is now known, also has a small bird sanctuary, and the region around the lake is ideal for bird viewing in the winter, when a large number of migrating birds come to breed.

The months of October through March are ideal for visiting Aurangabad.

How to Reach Aurangabad

The city is served by the Aurangabad airport in Chikalthana, which is about 10 kilometres east of the town and offers flights from Hyderabad, Delhi, Udaipur, Mumbai, Jaipur, Pune, Nagpur, and Indore. International flights have just been available for those coming to the Hajj pilgrimage.

Aurangabad is well connected to other areas of the country by national and state roadways. The city is located on National Highway 211, which connects Dhule and Solapur. Aurangabad is connected to Jalna, Pune, Ahmednagar, Nagpur, Nashik, Beed, Mumbai, and other cities by road. The highway links make visiting the world-famous sites of Ajantha and Ellora quite convenient.