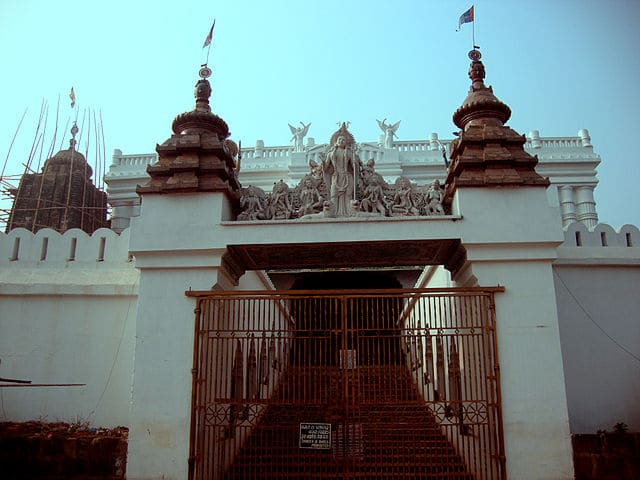 Jajpur is a town and municipality in the Jajpur district of Odisha, India. Cuttack eventually superseded it as the Kesari dynasty’s capital. It is now the administrative centre of the Jajpur district. Jajpur is home to one of the 18 Maha Shakti Pithas. In ancient Odisha, the Jajpur District was a major centre of art and culture. Biraja Khetra, one of Odisha’s historic cities rich in archaeological relics, has been designated as a heritage district. It is said to be one of the state’s most important Tantra Khetras.

Best Places to Visit in Jajpur

Biraja Temple, also known as Viraja Kshetra, is an ancient Hindu temple in Odisha’s Jajpur district. The current temple was erected in the 13th century. It is located in the Jajpur municipality, approximately 125 kilometres north of Bhubaneswar. The principal idol is Devi Durga, who is also known as Viraja. The idol has two hands, one for piercing Mahishasura’s chest with a spear and the other for pulling the Mahishasura’s tail. The Durga statue is standing on one leg of a lion, and the other leg is on Mahishasura’s breast. The Mahishasura is shown as a buffalo, rather than a human demon. Devi’s crown features Ganesha, a crescent moon, and a Shivalinga. The temple is big and includes multiple Shiva lingas and other deities. Viraja Kshetra and Biraja Peetha are other names for Jajpur.

According to Skanda Purana, utkala khanda cleanses pilgrims of all rajo guna. Viraja or Biraja kshetra is the name given to this kshetra. Accommodation on Jajpur Road may be obtained by renting Hotels and Lodges. S.B.I. and a few nationalised banks are located in Jajpur town, which is the closest bank to this tourist destination. Odia, Hindi, and English are the most often spoken languages in the area. The location of the Head Quarter Hospital Jajpur is more convenient for obtaining medical amenities. In the summer, they dress in light cotton, while in the winter, they dress in woollens.

Ashokjhar is a tourist destination in Sukinda Block. It is approximately 8 kilometres from the Block Head Quarters. Sukinda Road is the closest railway station. Bhubaneswar, the nearest airport, is 100 kilometres away from Sukinda.

Chandikhole is a town in the Odisha district of Jajapur. The location was called after Goddess Chandi, who was venerated by late monk Baba Bhairabananda Bramhachari, who constructed the deity of Maa Chandi in one of the surrounding hills of Barunei in 1932, surrounded by deep forest and ferocious animals. Hotels and lodges may be hired in Chandikhol and Cuttack to provide lodging. For financial purposes, the nearest bank to this tourist destination is S.B.I, and there are a few nationalised banks in Chandikhol. Odia, Hindi, and English are the most often spoken languages in the area. S.C.B Medical College Cuttack is closer to the location of medical facilities. In the summer, they dress in light cotton, while in the winter, they dress in woollens.

July is the most popular month to visit Jajpur, and with good reason.

How to Reach Jajpur