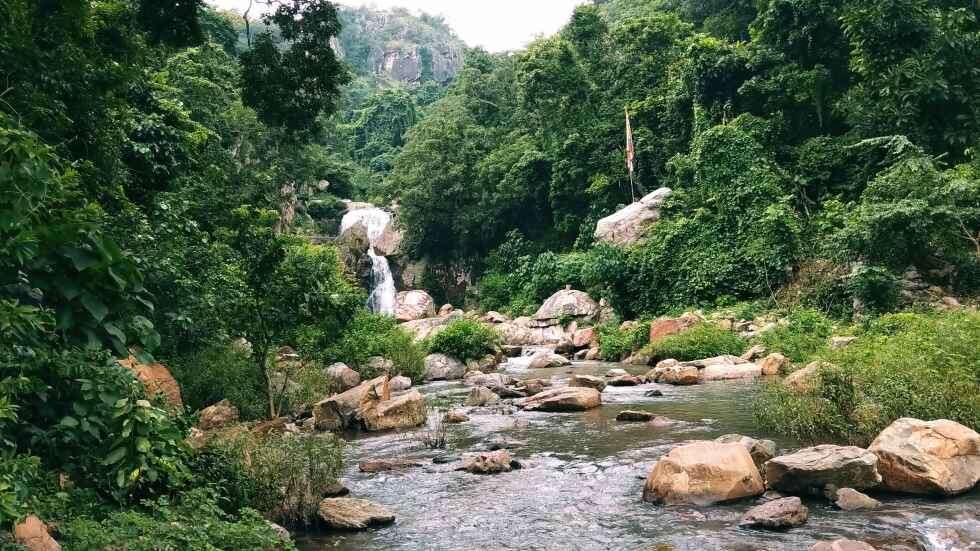 Mayurbhanj is one of Odisha’s 30 districts, located in eastern India. By area, it is Odisha’s biggest district. Baripada is where the organization’s headquarters are located. Rairangpur, Karanjia, and Udala are the other important cities. The Chhau dance is well-known in Mayurbhanj. Mayurbhanj District’s North Orissa University is located in Takatpur, Baripada (District Headquarter). Mayurbhanj’s district headquarters is Baripada. The Mayurbhanj Palace, as well as the shrines of Lord Jagannath and Mata Ambika, are located here.

Best Places to Visit in Mayurbhanj

The Ambika temple in Baripada is a historic temple and the presiding deity’s Bijesthali. People of Baripada revere her as ‘The Living Goddess,’ who, like a mother, bestows her blessings on all people. People from several states, including Jharkhand and West Bengal, gather to pray here. Many festivals, such as Durga Puja, Basanti Puja, Pna Sankranti, Makar Sankranti, and others, are celebrated here.

Haribaldev temple is the name given to Lord Jagannath’s temple in Baripada. Shri BaidyanathBhanj erected it in 1575 A.D. on the same architectural ideas as the KakharuaBaidyanath temple. The temple is considered as the Queen Monad among the princely realms during the pre-merger days and serves as a symbol of the religious favour of the Bhanja Rulers of Mayurbhanj. It’s built of laterite stone, and the walls are etched with wonderful motifs. It stands 84′-6′′ tall. A large boundary wall encircles the temple, which is a duplicate of Lord Jagannath’s temple in Puri. According to an inscription on the temple wall, BaidyanathBhanj erected this temple in the Saka Era in 1497.

This temple, like Manatri’s KakharuaBaidyanath, has a Vimana, Jagamohan, and Nata Mandira and is in better shape than the latter. In addition to the presiding deities, there are up to seventeen Bedha deities dedicated in the temple. The Jagannath temple enclosure has little compartments where icons of several religions may be found.

Thin biosphere reserve is a sanctuary and one of India’s Tiger Projects and National Parks, comprising a wide area of 2750 square kilometres, of which 303 square kilometres are from the core region. It is suited for a variety of flora and fauna due to its vast range of rain falls and edaphic differences, which vary from dry deciduous to wet green woods. This plateau is home to around 1076 species of mammals, 29 types of reptiles, and 231 species of birds. Similipal has an average elevation of 900 metres.

A great number of tall and luxuriant Sal Trees stand guard like sentinels. From the emerald heights, the lovely peaks of Khairiburu (1178 metres), Meghasani (1158 metres), and others greet like smiling receptionists. Champak flowers, which are sweetly perfumed, clean the air. The eye is soothed by the brightly coloured orchids on the green leaves. Summer is humbled in the midst of the lush woodlands, and the sun is gone. Several rivers, such as the Budhabalanga, Khairi, Salandi, and Palpala, flow from the hills and meander through the forest like veins and arteries in the body. Before heading for the plains, several of them created cascading rapids and foamy falls. The panoramic views of the waterfalls at Barehipani (400 metres) and Joranda (150 metres) are simply beautiful of fish, which is abundant in most rivers.

Devkund is a lovely religious and tourism destination in Odisha. It is in the district of Mayurbhanj. Devkund is well-known for its water fall, which cascades from the summit of the hill. Devkund translates as “Gods and Goddesses’ Bathtub.” As a result, this location is particularly important for Hindu culture peoples, who think that it is the bathing spot of their Gods and Goddesses, and that by touching this water, they would receive the blessings of their Gods and Goddesses. Devkund is 60 kilometres from Baripada’s major town and 85 kilometres from the Balasore district. Devkund is undergoing treatment at the Udala division. It is an Odisha natural beauty, and the Similipal National Park is nearby.

The holy pool BHIMKUND” on the river Vaitarani is about 40 kilometres from Karanjia, near Booring village in Thakurmunda P.S. According to mythology, Bhima, the second Pandava, used to bathe in this pool while the Pandavas were living in secret at Birat Nagar, which is thought to be the current Kaptipada. Thousands of people congregate here during the Makar Festival in January to take their holy plunge. The location may also be reached through Dhenkikote (20 kilometres) on S.H. No. 11, which connects Keonjhar and Panikoili.

According to Indian legendary history, Lord Sri Rama, together with Devi Sita and Brother Laxman, travelled through the forest of Similipal during the Tretaya Yuga, when Sita rested on the plateau for a time and washed her face and feet in the river that runs underneath. Ramatirtha in Mayurbhanj thus became a renowned location in the name of Sri Rama and Devi Sita. Every year on Makar Sankranti (mid-January), the Mahanta people celebrate the Tusumelana celebration, also known as TusuParab.

Khiching, the historical capital of the Bhanja rulers, is around 205 kilometres from Balasore and 150 kilometres from Baripada. The area is dominated by a plethora of temples, some of which are still in use for worship. Kichakeswari, the most feared Goddess of the Mayurbhanj chiefs, is the patron goddess of Khiching. The temple dedicated to her is the only one in India made completely of chlorite slabs. The sculptures are stunning. A tiny museum here has historically significant sculpture and art items.

Mayurbhanj is best visited between September and March, when the temperature and humidity are at their lowest.

How to Reach Mayurbhanj

The nearest international airport to Baripada is Kolkata’s Dum Dum Airport, which is around 195 kilometres away. Biju Patnaik Airport in Bhubaneshwar, which is 207 kilometres from Baripada, is the other closest airport.

Baripada is well linked to a number of Indian cities, including Balasore, Bhubaneswar, Kolkata, Jamshedpur, and Cuttack.