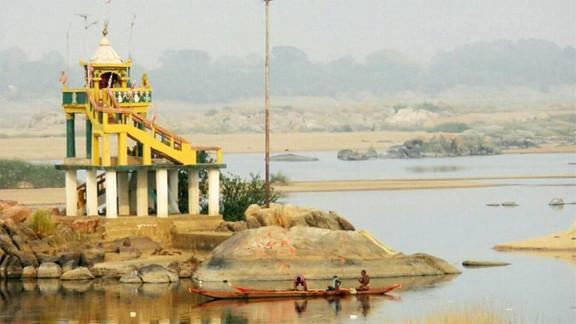 Subarnapur, also known as Sonepur, is the administrative centre of Odisha‘s Subarnapur district. The district covers a total area of 2284.89 kilometers2. Sonpur is a city and sub-division in the Saran District of Bihar, India. It is located on the banks of the River Gandak (River Narayani) and the Ganges River. Sonpur, which was formerly known for having the world’s longest railway platform, now holds Asia’s largest cattle fair, which kicks out on Kartik Poornima.

Best Places to Visit in Sonepur

Rameswar Temple is located near the confluence of the Mahanadi and Tel rivers. The temple’s lingam is quite ancient. Lord Ram is credited with its installation, according to legend. Here, Lord Kartik and Ganesh, as well as Goddess Parvati, are worshipped. A Durga temple, which houses the figure of a ten-armed Durga, is also located near the Rameswar temple. Durga, like Parvati, is worshipped as Shakti at this temple. A Brisabha temple is located beyond the Rameswar temple’s boundaries, and a giant picture of Brisabha in black colour is placed there. The Chauhans, according to B.C. Majumdar, erected the Rameswar temple. However, according to B.C.Rath, the Somavamsis were responsible for the construction of this monument.

PataliSrikhetra is a well-known historical site in Subarnapur district of Odisha. Shaktism, Buddhism, and Vaishnavism are all affiliated with this sacred site. It is situated at the foot of Trikut Hill in the Birmaharajpur subdivision of the Subarnapur district of Odisha, India. It is popularly assumed that the idols of Lord Jagannath, Balabhadra, and Devi Subhadra were kept hidden in the Trikut caverns for 144 years.

The Pancharatha Temple in Sonpur, Odisha, is a widely regarded temple. This lovely temple, built in the shape of a chariot, is similar to the Sun Temple at Konark. On a single platform, up to five temples can be erected. Here, Lord Siva, Ganesh, Kartikeya, and Rishava, as well as Goddess Parvati, are worshipped. The most notable characteristic of the temple is that Lord Ganesh’s idol faces east, whereas the statue in other Shiva temples faces south. King BirmitraSinghdeo is said to have erected Pancharatha Temple to honour the death of his son Prince Somobhusan.

Lankeswari Temple is located in Sonepur town, Subarnapur district, Odisha, inside the Mahanadi River. Paschime Lanka was the name given to the Sonepur area once upon a time. Paschima Lanka’s ruling goddess was Goddess Lankeswari. The Kaivarta (fisherman) community of Sonepur and the inhabitants of Subarnapur district now worship Maa Lankeswari. This temple may be seen when going on the route that connects Ulunda, Dharmasala, Sonepur, and Birmaharajpur.

Papakshya Ghat is located on the bank of the Mahanadi River near Binika, 32 kilometres from Sonepur. After bathing at the Ghat, Emperor AnangaBhimadev-III was healed of leprosy by travelling through the Bata bruksha tunnel.

Bhima Bhoi Samadhi Pitha is 30 kilometres from Sonepur and has a Samadhi or Sunya mandir. It was a temple that was 110 years old.

It is thought that the name Subarnapur was derived from the word Subarnamerutemple. It’s a temple dedicated to Shiva.

The best time to visit is between October and June. Subarnapur is the district (Sonepur).

How to Reach Sonepur