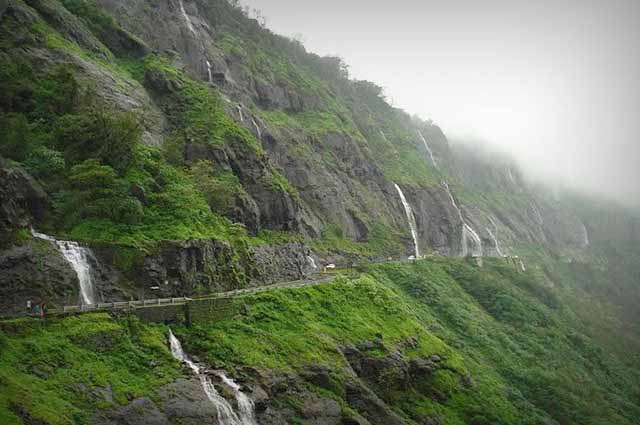 Thane is a city in Maharashtra, India, located just outside of Mumbai. It’s known as the ‘City of Lakes,’ and among its more than 30 lakes is tree-lined Upvan Lake, a favourite leisure destination. Kopineshwar Mandir, a domed Hindu temple dedicated to Lord Shiva, is located next to Talao Pali Lake. The teak forest and bamboo groves of Sanjay Gandhi National Park, to the west, are home to leopards, monkeys, and parakeets.

Best Places to Visit in Thane

Malshej Ghat is located on the Kalyan Nagar Road. Though it is still renowned as a rainy tourist destination, it is quickly growing into a region of perpetual coolness, similar to Mahabaleshwar and Matheran. During the rainy season, the hill is encircled by a dense shawl, which drives travellers insane. There are now unique places of interest for tourists visiting Ghat. For commercial cars, there are two specific parking arrangements on the route. The M.T.D.C. and the Forest Department have collaborated on this project.

Haji Malanggad is a fort in Thane district, around 15 kilometres from Kalyan. It is a holy location known as Sri Malang or Haji Malang. Shilahar Raja constructed Malanggad Fort. This fort is home to the ancient temple of Machhindranath. Haji Malang is a Muslim monk’s grave. Hindus do puja for Muslim monks. Yatra is celebrating Magh Poornima.

There is a tough cone on top and a bit below, like with other forts in the Raigad district. Baba Malang Samadhi is located on the border of Thane and Raigad districts. On the fort, there is a very tall mountain. On the fort, there are defences, gates, water ponds, and towers. The Kurla-Mumbai area, the entrance to Panvel, and the Matheran region can be viewed from the top of the fort.

On the Kalyan-Kasara road, there is the Shri MahaGunapati Jagrut Mandir in Titwala, which is located on the banks of the Kalu river. Chimajiappa erected this Shri MahaGanapati shrine after defeating the Portuguese at Vasai. One of the most popular tourist attractions is the Mahanaganapati Temple and Vitthal Temple. Titwala’s Ganpati Temple is one of eight well-known Ganapati temples in Maharashtra. Previously, there was a RushiKanva ashram. Shakuntala is claimed to have worshipped this MahaGanapati, which is why he is also known as ‘Vivah Vinayak.’

ChitrarajaYanyani constructed this temple around 1060. This temple is the oldest and most historic in the city. Ambarnath’s Shivamandir is India’s first artistically designed land home. The “Shiv Mandir of Ambernath,” which is seeing sculpture, is a wonderful example of construction that has endured years of rain and starvation. The mythology of Ambernath’s Shivamandir is one of 218 UNESCO World Heritage Sites. This temple is filled with stone sculptures, and the ground surrounding it is covered with tiger skin. Ambernath taluka is well-known for Shivamandir.

Because of the healthy hot water ponds, Vajreshwari village in Bhiwandi taluka of Thane district is one of the most significant holy locations in Maharashtra. This location is on the banks of the Tansa River, and it houses Srinithanand Maharaj’s Samadhi. Chimaji App’s Vajreshwari Devi temple is also well-known. The major draw for tourists is the hot water springs at Akloli and Ganeshpuri. These fountains are said to be filled with hot water that has healing effects.

Best Time to Visit in Thane

Thane is best visited between October and March.

How to Reach Thane

Thane is well connected to the rest of the country’s main cities via frequent buses. Maharashtra State Road Transport Corporation provides public transportation (MSRTC). Thane has a single central bus terminal that is well-connected to all Indian cities. There are also a number of private companies in the city that provide a variety of bus services to various locations.

Thane is easily accessible by train from anywhere in the country. Thane has regular trains to all of India’s main cities, and it is regarded the most convenient means of transportation here. It is the busiest station on the Mumbai suburban railway system.

Thane does not have its own airport. Thane is 16 kilometres from Mumbai’s Chhatrapati Shivaji Airport. The airport is well connected to all of India’s main cities.