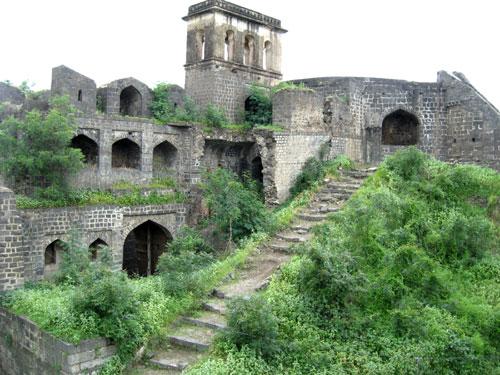 Osmanabad is a city and a municipal municipality in the Osmanabad district of Maharashtra, India. Osmanabad is named after Mir Osman Ali Khan, the last king of Hyderabad. The administrative centre of Osmanabad District is Osmanabad City.

Best Places to Visit in Osmanabad

Osmanabad is 22 kilometres away. Even now, old civilizations may be seen at a distance from tere settlements. The old Terai area, noted for its regional trade, is named for the great national saint Gorobakka Kumbhar. This town is historic, and its temple is located on the banks of the Titanas River. However, several of the temples in this area are well-known for their architectural design. On the southeast side of the hamlet, there is an old Shri Nrishinha temple. In front of the settlement, there is a Vishnu statue in front of the majestic Trivikram idol.

Mughals conquered Nizam Shahi of Ahmednagar in 1599. Despite the fact that Emperor Akbar designated his officers to oversee the Deccan realm, the Nizam Shah’s officers refused to take commands from them. They had lost their autonomy. They proclaimed Murtaza, Shah Ali’s son, king and established Paranda Fort, some 75 miles south-east of Ahmednagar, as the capital. The place was traded back and forth between them and the Adil Shahis multiple times before being seized by the Adil Shah in 1630. It was seized again by the Moghuls in 1657 and finally fell into the hands of the Nizams of Hyderabad.

The dharashiv caverns are located in the Balaghat Mountains, 8 kilometres from Osmanabad. The caverns were noted by the Archaeological Department and were described in James Verges’ book “Archaeological Survey of India.” The Balaghat Mountain lane contains a total of seven caves. The first cave has no statues and a little open space. The second cave features a statue with artistic work on the right side of the figure. The artwork dates from the Gandharva period. The fourth cave is empty, with no statues within. The statue in the sixth cave is damaged, and there is no monument in the seventh cave. The caverns discovered in the hill at a distance of around eight kilometres demonstrate that this is an old site.

Naldurg, a former district headquarters, is located around 50 kilometres south-east of Osmanabad. The fort, which is an intriguing location, is surrounded by a surface of a knoll or plantain of basalt rock that juts out into the valley or roaring of the tiny river Bori. Fortifications continued along the rest of the cliff on three sides. Strongly erected bastions are made of deseed basalt and are large enough to bear powerful weapons. The circumference is nearly a mile and a half long.

Tuljapur, one of the state’s three and a half Shakti Peethas (abodes of cosmic forces), is located in Maharashtra and is home to the Mother Goddess Tulja Bhavani. Her adherents adore her as Aai (mother), Ambabai, Jagdamba, and Tukai, and flock to Tuljapur in their millions to visit her and seek her blessings. She shields her offspring from the sins of wicked desires, selfishness, jealously, wrath, rage, and ego as a heavenly Mother. At the same time, TuljaBhavani represents the Supreme Being’s capacity to maintain moral order and righteousness in the cosmos.

Best Time to Visit in Osmanabad

The months of January and February are ideal for a vacation or business trip to Osmanabad.

How to Reach Osmanabad

Pune International Airport, about 261 kilometres from Osmanabad, is the nearest international airport.

Osmanabad has its own railway station, Osmanabad Railway Station, which connects the city to Maharashtra’s main cities.