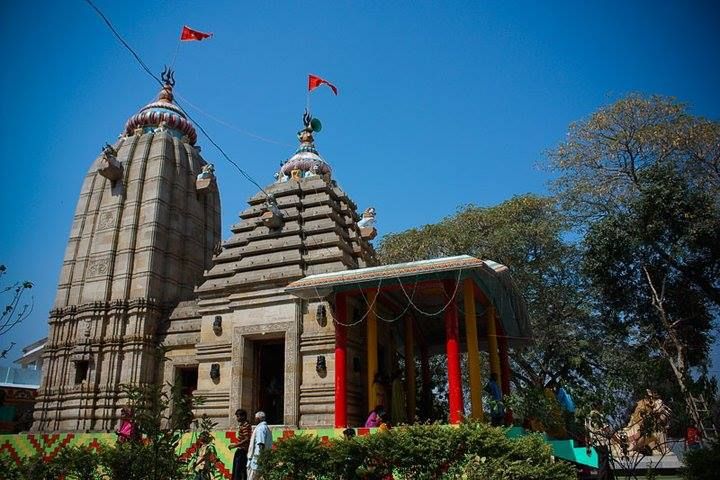 Best Places to Visit in Sundargarh

Hanuman Vatika is called after one of Hanuman’s tallest statues. Biju Patnaik, the then-Chief Minister of Orissa, inaugurated it in 1994. A 75-foot-tall statue of Hanuman has been erected here. For devotees, temples such as Bata Managla, Binayak, Vaishnodevi, Sarala, Dwadash Linga, Siva, Santoshi Maa, Maa Laxmi, and others have been built. Every day, a large number of ordinary people come to this location because of the beautiful scenery and greenery. A number of yearly devotional programmes are held at this location, including the foundation day programme on February 23rd, Shivaratri, Rathayatra, and so on.

Mandira dam is located in the Sundergarh district of Odisha, India, near Kansbahal. It is constructed across the Sankh River, 16 kilometres upstream of Mandira. The dam’s water is used by the Rourkela Steel Plant. The dam’s construction began after 1957. Only 843 households were relocated after the dam displaced 2400 families.

The Vaishnodevi Temple in Rourkela is a duplicate of the original Vaishnodevi Temple in Jammu (Trikuta Hills), and it is located on the summit of the Durgapur Hill, opposite the Rourkela Steel Plant. On the hill, Bhairabanath Temple is located near Vaishodevi Temple. The Temple of Goddess Durga, located on the summit of the hill, was opened to the public in 2007. Hundreds of Hindu devotees flock here during Durga Puja, in the spring and fall seasons, to celebrate the Navaratri Festival.

Khandadhar is a sparkling waterfall generated by a perennial stream named Korapani Nala within a few kilometres of its origin. It is claimed to be the tallest waterfall in Odisha, standing at 244 metres. It is accessible via a fair-weather road 19 kilometres from Bonaigarh, although the last two kilometres must be negotiated on foot. The strain of the long drive, however, is quickly forgotten by the breathtaking scenery provided by the waterfall. Local tribals worship a divinity known as Goddess Kanta nearby. Rourkela is the closest railhead (104 kms.) There is an all-weather road up to Bonaigarh, and the remaining 2 kilometres may be negotiated on foot. The Khandadhar Falls are located 104 kilometres (65 miles) from Rourkela, through Bonaigarh.

Vedavyas, located at the junction of the rivers Sankha and Koel, which flow into the river Brahmani, is not only a natural beauty but also a Tritha, or religious holiness. A dip in the confluence does not purge all sins. According to legend, the renowned sage Vyasadeva resided here and wrote the famous epic Mahabharat. There are three temples in this area, two of them are devoted to Lord Siva and one to Rama. A Vedic Ashram and a school modelled after Gurukula Ashram are additional attractions. It is 5 kilometres from Panposh and 15 kilometres from Rourkela and has an all-weather road. The nearest railway stations are in Panposh (5 kilometres) and Rourkela (15 kms.). Rourkela is connected with an all-weather road.

The best time to see Khandadhar Waterfall is between October and February.

How to Reach Sundargarh

Rourkela does not have regular flights from other major cities in the nation. Ranchi Airport is the closest airport. (about 140 kilometres distant).

Rourkela is easily accessible by bus from other major cities around the country.