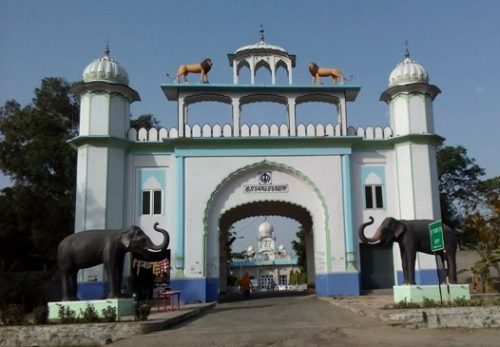 Barnala is a city in the Indian state of Punjab. Barnala city is the administrative centre of the Barnala district, which was established in 2006. This city used to be in the Sangrur district before Barnala was formed. It is located close to Bathinda. Another major holy site in the region is Sekha, which is seven kilometres from the city. The visit of Guru Teg Bahadur ji, the ninth Sikh Guru, has sanctified the location.

Best Places to Visit in Barnala

Barnala was previously known as Anahatgarh, according to legend. Perhaps there existed a garh or a fort in this location long before Baba Ala Singh claimed it as his own. However, such historical remnants no longer exist. Barnala’s history begins with the history of Ala Singh Ji. Unfortunately, many of the antiquities from that era have been destroyed as well. As a result, visitors hoping for historical sites in Barnala will be left dissatisfied. Barnala, on the other hand, has a lot to offer those with eyes to see. Let us have a look at some of the locations that visitors to the town should not miss.

Quilla Mahal and the fort that is no more:

Baba Ala Singh Ji is claimed to have erected a fort at Barnala near Sandhu and Bajwa Patti in the early eighteenth century. He dwelt there with his ferocious Khalsa troops and expanded his dominion from there. Unfortunately, the fort is no longer standing. The construction has been destroyed by both time and human activity. However, the region is still known as Quilla Mahal, and it is home to numerous historic structures.

Ouilla Mahal is the town’s oldest neighbourhood. Despite this, it boasts a one-of-a-kind drainage system. Regardless of how hard it rains, water drains fast, keeping the roadways clean and dry. This neighbourhood is home to a number of historic bazaars. As a result, if you’re looking for some souvenirs to take home, you may finish your shopping here. More significantly, a visit to this location will undoubtedly remind you of the good old days. Quilla Mahal’s lanes and by-lanes are rich with history.

Here are some of the important gurudwaras in Barnala:

Dera Baba Gandha Singh is a historic Gurudwara on Barnala’s Bajakhana Road. According to legend, Pradhan Kaur, Baba Ala Singh Ji’s daughter, once visited Muktsar. She met Baba Lammar Singh and was extremely moved by his piety. As a result, she asked him to send one of his followers to Barnala so that a congregation might be established there as well. Pandit Nika Singh was dispatched by Baba for this reason.

When Pandit Nika Singh arrived in Barnala, he was greeted warmly by Baba Ala Singh. Later, he was given a nice house. Pandit Nika Singh began offering Sangat just there. This home became known as Dera Baba Gandha Ji over time. It is also reported that, in addition to hosting sangat, Nika Singh established a langur from the Fort. The Chula, or oven, in which the langur’s food was cooked, has been kept to this day. The gurudwara is also known as Baba Chula Sahib because of Chula.

Sekha, located seven kilometres from Barnala, is another prominent holy site in the region. The visit of Guru Teg Bahadur ji, the ninth Sikh Guru, has sanctified the site. Gurudwara Patshahi Naumi is built on the site where Guruji meditated during his stay in Sekha. It is located west of the settlement on the Barnala Road.

Other Historic Gurudwaras in and around Barnala City

Besides the above mentioned gurudwaras, following are two other places of worship for the Sikh community in Barnala:

Aside from the aforementioned Gurudwaras, Geeta Bhawan is a renowned tourist site. Om Sat Sanatan Geeta Bhawan Trust manages this Radha Krishna temple. It is located in the centre of the city and attracts believers from all over the world.

Aside from the gurudwaras listed above, the Memorial Gurudwara of Bhai Moola Singh is located in the centre of the hamlet. Tila of Baba Tehal Das is another tourist destination. It has both a gurudwara and a temple and is so appreciated by people of all faiths.

The town has an intriguing backstory. Sekha was supposed to be a cluster of twenty-two villages during the period of Guru Teg Bahadurji. In Punjabi, everything made up of twenty-two independent entities is known as bahia, and hence this location was also known by the same name. In any case, when the Guru visited Bahia on his tour to Malwa, the king begged him to depart. Angered by this, the Guru cursed the Bahia to collapse into a heap, which is exactly what occurred. The wealthy neighbourhood was reduced to ruins. The rubbles known as the Theh are supposed to be seen to the west of the main settlement.

Gurudwara Nanaksar Thath is a well-known landmark in Barnala. It is located on the Court Chowk to ITI Road, Nanaksar Road intersection.

Trident Group is a leading diversified group of businesses headquartered in Ludhiana, Punjab. Trident Limited is the flagship company of Trident Group, a USD 1 billion Indian business conglomerate and a global player. Incorporated in the year 1990, the company continues to grow under the dynamic leadership of its founder-chairman Mr. Rajinder Gupta, a first-generation entrepreneur.

Best Time to Visit in Barnala

If you want to visit Barnala during the hottest months, the best months to go are June, May, and July. See the table below for average monthly temperatures. Early June is often the hottest period of year, with highs routinely reaching 106°F (41.1°C) and nighttime temperatures seldom falling below 78.3°F (25.7°C).

How to Reach Barnala

There are no frequent flights to Barnala from other major cities in the nation. Ludhiana Airport is the closest airport.

Regular trains link Barnala to the rest of the country’s major cities.

Barnala is easily accessible by bus from all of the country’s main cities.