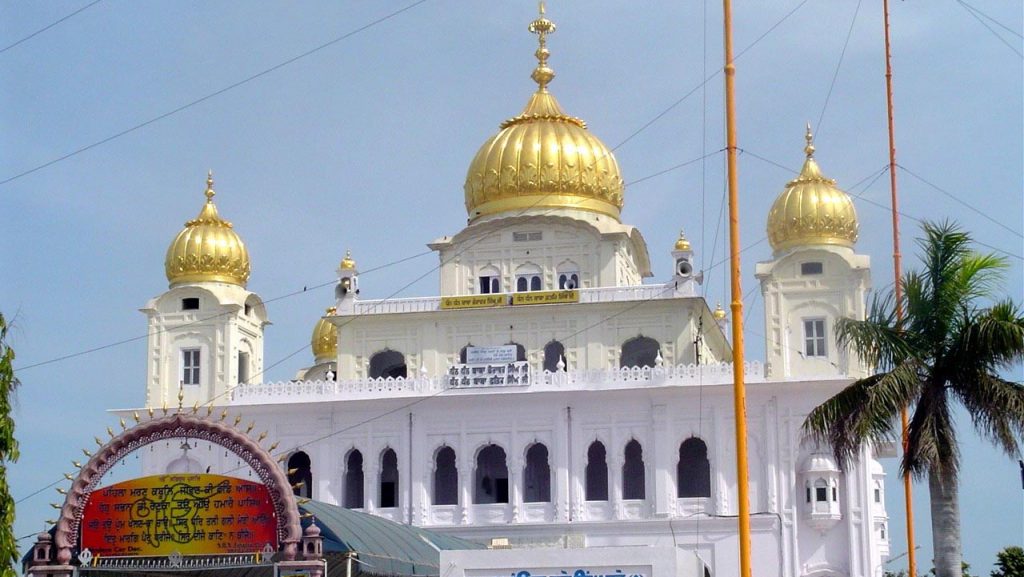 This is an old Harappan civilization site that is being preserved by the Archaeological Survey of India. A tourism facility is also on the way. This location is in the Khamano block of the District and is located on the Ludhiana-Chandigarh Road. The current Sanghol Museum building was dedicated on April 10, 1990 as a unit of the Government of Punjab’s Department of Cultural Affairs, Archaeology, and Museums. Excavations in Sanghol uncovered archaeological riches of significant importance, indicating a lengthy history of Punjab’s cultural legacy. These gems needed to be protected and shown in a public setting where the public could see and appreciate them.

The government established the Sanghol Museum with this goal in mind, not only to preserve Punjab’s cultural treasures, but also to engage the public in the appreciation of the land’s continuous cultural linkage, which it has maintained since early ancient times and has witnessed large scale movements and amalgamation of people and their culture.

The Punjab Tourism Development Corporation operates a popular tourist attraction, the Sirhind Canal Floating Restaurant. It is located on the Sher Shah Suri Marg, 5 kilometres from Sirhind (GT Road). It draws a considerable number of tourists, particularly during the summer. There is also the option of staying overnight. It features a total of eight (8) suites. It is a one-of-a-kind restaurant in the whole state of Punjab. It is built in the midst of the canal and provides tourists with a magnificent vista. The water supplied to the states of Haryana and Rajasthan is supplied by the Channel on which the floating restaurant is erected. This waterway always conveys 8000 cusecs of water, and the massive containers on which this restaurant is built are built to endure this pressure.

During peak season, the water level rises by 6 to 8 inches, putting no excessive strain on the structure.

The Aam Khas Bagh was established both for the general public and for the Emperor Shah Jahan’s special usage. The Royal couple used to rest here on their way to and from Lahore. There were enough palaces for the Mughal Emperors to reside in luxury. A thorough examination of the palace ruins reveals that there was a flawless system of air-conditioning in the palaces, and the monument is known as ‘SARAD KHANA.’ Other monuments include ‘SHEESH MAHAL’ (DAULAT-KHANA-E-KHAS), HAMAM, and the Tank, which used novel techniques of heating water. A tourist complex called ‘MAULASARI’ is now operating in Aam Khas Bagh. A lovely garden, as well as the Nursery, are kept up.

During the famed Jorh Mel at Fatehgarh Sahib, a light and sound display on the history of Sirhind and the martyrdom of Guru Gobind Singh’s younger sons is exhibited to tourists at night in the Aam Khas Bagh.

The Gurudwara Sri Fatehgarh Sahib is devoted to the tremendous martyrdom of Guru Gobind Singh’s younger sons, who were bricked alive by Wazir Khan, the then Fauzdar of Sirhind, in 1704. After leaving Qila Shri Anandgarh Sahib during the war with Aurangzeb, SHRI GURU GOBIND SINGH JI became separated while crossing the swollen Sirsa River, and they were accompanied by GURU SAHIB’S cook Gangu, a trusted servant who betrayed the family and handed over the Mata Gujri Ji and two younger Sahibzadas to the Wazir Khan, where they were tortured to embrace Islam Mata Gujri Ji and her grandchildren were imprisoned in Wazir Khan’s Thanda Burj (Cold Tower) and eventually bricked alive in a wall after refusing to do so. When Mata Gujri ji found out about it, she, too, collapsed on this spot.

This Gurudwara has retained the ancient wall where Guru Gobind Singh’s younger sons were bricked. Gurudwara Bhora Sahib is the name of the shrine that houses the mediaeval wall. Gurudwaras Burj Mata Gujri, Shahid Ganj, and many more ancient Gurudwaras are also close to Gurudwara Fatehgarh Sahib. The annual Sahihid Jor Mel is held in December (11-12-13 Poh) to honour the tremendous martyrdom of Younger Sahibzadas and Mata Gurji Ji, and thousands of pilgrims from all walks of life pay their respects.

This 1000-year-old temple is located in the hamlet of Attewali on the Sirhind-Chandigarh Road. According to mythology, during the reign of Raja Prithvi Raj Chauhan, a huge number of pilgrims from Rajasthan rode in bullock carts to the old Jain Temple of Kangra (which is still located in Kangra Fort) to seek the blessings of Lord Adi Nath. The pilgrims also carried an idol of Mata Chakreshwari Devi, a devout follower of Lord Adinath (also known as Rakshak Devi or Lord Adinath). On their trip, the carvan stopped for the night in the current location. The next morning, as the caravan was ready to go, the Rath (Chariot) bearing the idol of Mata Shri Chakreshwari Devi did not move, despite the pilgrims’ best attempts.

The devotees were perplexed and at a loss for explanation. Then there was a flood of light inside the Palki carrying the idol, and there was an AKASHWANI saying, ‘Let this be my place of Abode.’ ‘Mother, this is all sandy area, there is no water around here, we had a miserable night yesterday,’ the pilgrims said. The voice replied, ‘A few yards north of here, dig the land, and you will find water.’ Pilgrims were astounded when they only dug a few feet and a fountain of water began to flow. The water fountain has been converted into a small well. Even today, devotees consider the water in this tank to be sacred, and they carry it home to preserve it in the same way that Ganga water is.

The pilgrims were overjoyed, so they installed the idol of Mata Chakreshwari Devi here and built a beautiful temple. Every year, after four days of Dushera, an annual function is held here, to which hundreds of pilgrims flock.

District Fatehgarh Sahib is home to one of the largest Banyan trees in the country, if not the world. The tree can be found in the village of Cholti Kalan. To reach the tree from the Sirhind side of the Sher Shah Suri Marg, take a left turn off the marg at Sarai Banjara village and travel about 8 kms or an interior link road.

When you arrive, you will come face to face with the mighty tree. In the midst of lush fields, it stands out. It must be seen to believe that the tree’s canopy spans 3 to 4 acres of land. According to locals, the tree is several hundred years old. It is also referred to as the ‘Kaya Kalp Vriksh.’

Nobody, according to locals, can stop the tree’s relentless spread. Because the tree is surrounded by private land, the adjacent landowners are afraid to cut any branch that may grow and cover their land. It is believed that anyone who attempted to stop the spread of the tree in the past suffered grave consequences. The use of waste wood or fallen tree leaves is also considered unlucky. As a result, the great banyan tree continues to grow unaffected.

The magnificent RAUZA OR DARGAH of Shaikh Ahmad Faruqi Sirhindi, popularly known as Mujaddid, Alf-Isfani, who lived during the reigns of Akbar and Jahangir from 1563 to 1624, can be found on the Sirhind-Bassi Pathana Road, near Gurudwara Fatehgarh Sahib. Sunni Muslims regard the Shaikh as second only to the prophet Mohammed in terms of respect. As a result, Sunni Muslims regard this mausoleum as a second Macca. Every year, thousands of pilgrims from all over the world flock to this location to take part in the Urs of Shaikh Ahmad Sirhindi celebrations. The dates of the annual celebrations change from year to year. Every year, these celebrations begin ten days earlier than the previous year.

This Gurudwara is located near where the mortal remains of Guru Gobind’s mother, Mata Gujri, and his two younger sons, Fateh Singh and Zorawar Singh, were cremated. Wazir Khan, the then Faujdar of Sirhind, is said to have refused to allow the bodies to be cremated unless the land for the cremation was purchased by laying gold coins on it. Seth Todar Mal, an ardent devotee of Guru Gobind Singh, purchased this plot of land by offering the required gold coins.

The winter season is the finest time to visit Fatehgarh Sahib. The temperature stays pleasant and is suitable for touring. October, November, December, February, and March are the ideal months to visit. Fatehgarh Sahib’s summers are exceedingly hot and demanding.

How to Reach Fatehgarh Sahib

Fatehgarh Sahib is 250 kilometres from Delhi, the national capital. The National Highway No. 1 (Sher Shah Suri Marg) runs across the district, passing through Sirhind and Mandi Gobindgarh. This is where all buses travelling between Delhi and Amritsar come to a halt. The Indo-Canadian Bus Service offers frequent Delux bus services from the Delhi Airport to Amritsar, including stops in Sirhind and Mandi Gobindgarh, for travellers seeking to visit Fatehgarh Sahib after arriving at the Delhi Airport.
There are also frequent bus connections from Chandigarh, Patiala, and Ropar to Fatehgarh Sahib.

On the Delhi-Amritsar line, Sirhind Junction Railway Station is located in the district. The country is connected to the Ropar and Nangal Dams by this intersection. Fatehgarh Sahib is a railway station on the Sirhind-Nangal railway line. Sirhind Railway station is home to a number of express and superfast trains.

The nearest airport is Mohali/Chandigarh International Airport, which is around 50 kilometres from Fatehgarh Sahib.