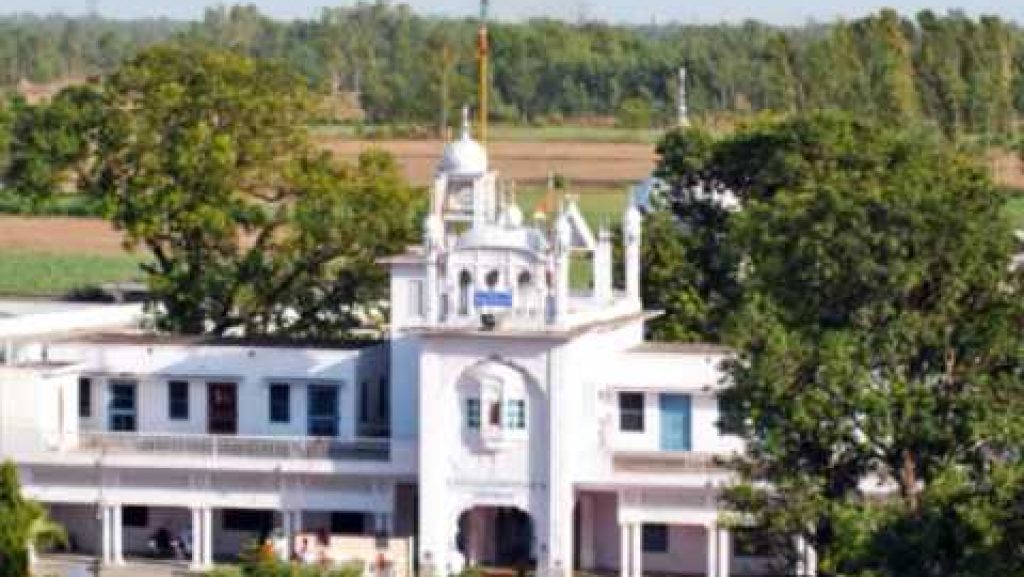 Hoshiarpur is a city and a municipal corporation in the Hoshiarpur district of Punjab, India. It is located in the Doaba area. It was founded at the beginning of the 14 century, according to legend. Because it is home to numerous saints and gurus, Hoshiarpur is known as the ‘Land of Saints.’ This beautiful town is home to a number of well-known Indian celebrities. This area, which is surrounded by hills and woods, has a milder climate than the rest of the state.

Best Places to Visit in Hoshiarpur

This Gurdwara is located in Bodal village, approximately 39 kilometres from Hoshiarpur. Guru Hargobind Sahib, the sixth guru of the Sikh community, paid a visit to this location. He used to rest under the garna tree, which gave the area its name.

This temple is dedicated to the goddess Kamakshi and is located about 40 kilometres from Hoshiarpur. Kamakshi Devi Temple was named after her. It can be found in the village of Beh Nangal. This temple is said to have been built by the Pandavas.

Lala Hans Raj Jain commissioned the construction of this monument in 1911. Glass is used to construct interior walls and ceilings. As a result, it is known as sheesh mahal, which translates to “glass palace.” The paintings on the first floor depict King George V’s coronation ceremony. On the ground floor, there are many statues of gods and goddesses.

This location is approximately 13 kilometres from Hoshiarpur. It can be found in the village of Harkhowal. Between 1930 and 1932, Baba Jawala Singh established this location. Baba’s death anniversary is observed during the month of Kartik, and a two-day fair is held. Accommodations are provided for devotees. The hotel has 40 rooms and serves free breakfast.

Dholbaha is a rich archaeological site that has allegedly existed since prehistoric times. Scholars believe that Dholbaha was one of the world’s first inhabited areas based on the cache of artefacts discovered here. Its historical significance was discovered when a variety of sculptures from ancient and early mediaeval dynasties were discovered lying around the village. The Hoshiarpur Archaeological Museum now houses many of the discoveries from the Gurjara-Pratiharas and Paramaras dynasties.

The 382-hectare Takhni-Rehmapur Wildlife Sanctuary is split roughly evenly between the two villages that share its name. It is part of the Shivalik range of the Himalayas and was designated a wildlife sanctuary in 1999. Its mixed deciduous forests are home to a diverse range of fauna and flora, including several avian species. This sanctuary is home to a large number of deer, as well as jungle cats, jackals, leopards, wild boar, and black-naped hares. Mongooses, pangolins, snakes, monitor lizards, and garden lizards have also been spotted on a regular basis. This sanctuary is about 20 kilometres from Hoshairpur.

(Note: Prior permission from forest department is required to visit this place.)

Best Time to Visit in Hoshiarpur

If you want to visit Hoshiarpur during the hottest months, the best months to go are June, May, and July. See the table below for average monthly temperatures. Early June is typically the warmest time of year, with highs hovering around 107.5°F (41.9°C) and temperatures rarely falling below 75.2°F (24°C) at night.

How to Reach Hoshiarpur

By Air
Although there are no airports in Hoshiarpur, the city may be reached by flying to Amritsar and then taking a taxi from there. Flights link Amritsar to most cities in India as well as important cities across the world through the Sri Guru Ram Das Jee International Airport. Amritsar has daily flights from Indian cities such as Mumbai, Delhi, Chennai, and many others.

By Road
Hoshiarpur is well connected by road to the other cities in the district, as well as to all of Punjab’s main cities and neighbouring states. The Bhagwan Valmiki Interstate Bus Terminal is the city bus stop. Punjab Roadways, Delhi, Haryana Roadways, P.R.T.C, Himachal Roadways, Jammu & Kashmir Roadways, Rajasthan State Roadways, Chandigarh Transport Undertaking, and others all have a significant network of bus services. Aside from these, there are other private bus companies.