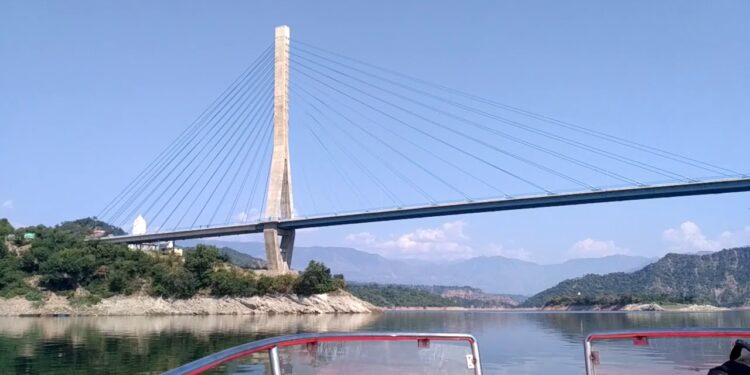 Pathankot is a city in the Indian state of Punjab. Pathankot district has an international border with Pakistan on its western side. On July 27, 2011, Pathankot was formally created as a district of the Punjab state. It was once a Tehsil in Punjab’s Gurdaspur district. He moved his capital to Nurpur towards the end of the 17th century. Pathankot is referred to as Audumbar in the Mahabharata, and as ‘Pargana Headquarter’ in the ancient text Ain-i-Akbari. Pathankot is known across the world for its Mammon Cantt Military Station. It is Asia’s largest military facility.

Best Places to Visit in Pathankot

Atal Setu (Basohli) near Pathankot is a 592 m long cable-stayed bridge on the Ravi river that former Defence Minister Manohar Parrikkar dedicated to the nation on December 24, 2015. The bridge was built to improve connectivity between three Indian states: Punjab, Jammu and Kashmir, and Himachal Pradesh. It is located on the Dunera (Pathankot) to Basohli road.

Baba Chand Ji, the son of Shri Guru Nanak, is buried in Gurudwara Shri Barth Sahib. Dev Ji meditated for a long time here. Baba Kamlya Ji, a disciple of Shri Guru Ramdas Sahab Ji, travelled to Amritsar to meet Shri Guru Ramdas Sahab Ji. Guru Sahib came forward to greet Baba ji, made him sit on his own seat, and presented him with a horse and 500 Rs as a token of respect. After a while, Baba Shri Chand Ji dispatched Baba Kamlya Ji to invite Shri Guru Arjan Dev Ji to Barth. Baba Chand Ji was meditating when Shri Guru Arjan Dev Ji arrived. Guru Sahib waited for Baba Ji to finish his meditation. Guru Sahib stayed in the neighbourhood for six months. Guru Sahib used to visit here on a daily basis (kept standing at the place where the pillar is situated). Finally, when Baba Shri Chand Ji awoke from his meditation, Guru Sahib spoke with him.

Shri Guru Hargobind Sahib also visited to meet with Baba Shri Chand Ji. Baba Ji inquired of Guru Sahib, “Will you keep all your sons on your path (teachings) or will you give any son to him as well?” (For Udaasi Teachings). Guru Sahib instructed Baba Gurditta Ji to remain and follow Baba Shri Chand Ji’s lead. To assist his followers, Baba Ji had a well dug here. Sarovar Sahib is now located on both sides of the well.

The cave temples, which are located on the banks of the Ravi River, are dedicated to the Hindu deity Lord Shiva. The Pandavas are said to have stayed in the caves during their final year of exile. Mukteshwar Temple is perched on a hill and houses a marble Shiva lingam and a copper yoni. The Lingam is surrounded by the idols of the Hindu deities Brahma, Vishnu, Hanuman, Parvati, and Ganesha.

Mini Haridwar is another name for this location. Those who are unable to perform the ash immersion of their kin at Haridwar pour it into the Ravi River at Mukteshwar Mahadev Temple.

Temple Timings: 24 hrs. Devotees can visit anytime of the day.

The Dhar Forest and Ranjit Sagar Lake are located in the Pathankot Forest Division’s Dunera and Dhar Forest Ranges. All of these forest areas are divided into blocks of varying sizes and are interspersed with other types of land use. This forest has pristine beauty and has so far been spared human depredation. For nature lovers, the lakefront provides a beautiful scenic view.

Pathankot Forest Division recognised an increased need for conservation, protection, and raising awareness about this highly biodiverse region in 2020 and established the first-of-its-kind nature awareness camp near Chamrod Village, which is run by the Chamrod Village Forest Committee (VFC), Dhar.

The nature camp is based on the idea that local communities’ ownership rights and ability to govern the resources on which they rely must be recognised.

The dam was completed in 2001 as part of the state government of Punjab’s hydroelectricity project. The Ranjit Sagar Dam, also known as the Thien Dam, was built on the Ravi River. With its lush green surroundings, the dam makes an excellent picnic spot. Ranjit Sagar Dam is situated in a very peaceful and idyllic setting. It is a short drive from Pathankot, and the drive is also scenic and enjoyable.

Important note: In order to enter the dam, visitors must first obtain permission from the authorities. A few tourist-oriented cottages surround the dam, where visitors can stay after paying a fee. These cottages can only be reserved and paid for at the dam’s entrance. Cottages provide tourists with a serene, calm stay, and everyone who visits the dam should spend a day at these cottages.

Best time to visit: August or September when the lake is full and the scenery is at its best.

Best Time to Visit in Pathankot

How to Reach Pathankot

Pathankot is a vital railway junction since it connects Indian Railways with the Kangra Valley Railway, which is necessary for accessing numerous locations in Himachal Pradesh.

There is an airport in Pathankot, but commercial flights are only accessible from a few places, notably New Delhi and Kullu. Amritsar has the closest fully working airport.