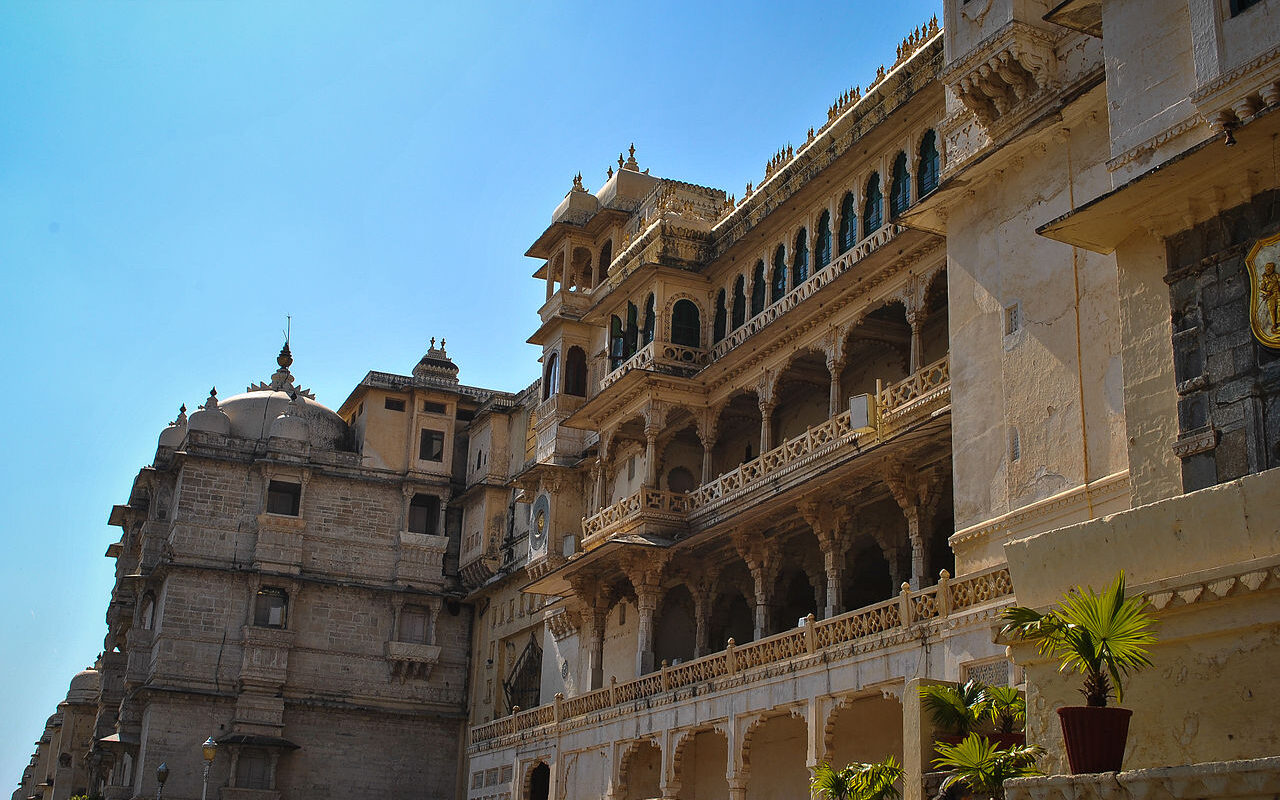 Udaipur is an important tourist destination of Rajasthan. Due to its rich tourism wealth, the land is frequently visited by numerous tourists. The location is easier to reach by a variety of modes of transportation. Udaipur is a city in the western Indian state of Rajasthan that was formerly the capital of the Mewar Kingdom. It was founded in 1559 by Maharana Udai Singh II and is known for its lavish royal residences. It is built around a series of artificial lakes. The City Palace, which overlooks Lake Pichola, is a massive complex of 11 palaces, courtyards, and gardens that is famous for its intricate peacock mosaics. There are more palaces and places to visit that will captivate you. Famous temples and a wildlife sanctuary ensure that your time is well spent. Have a wonderful time in this Indian city that resembles a European city.

How to Reach Udaipur

The city has its own domestic airport, which is 22 kilometres from the city centre. The Maharana Pratap airport receives flights from a variety of Indian cities, including Mumbai, Jaipur, Jodhpur, Delhi, and Hyderabad. If you are flying in from another country, you can enter India through the airports in Delhi or Mumbai. Despite the fact that the nearest international airport is in Jaipur (Rajasthan), Delhi and Mumbai airports receive more international flight traffic than Jaipur. Jaipur International Airport connects to a number of international destinations, including Kuala Lumpur, Dubai, Muscat, and Bangkok.

The city’s railway station is located within its boundaries. The railway station in Udaipur is connected to almost all cities in Rajasthan as well as major cities throughout the country. Trains run frequently from Jaipur, Delhi, and Mumbai. Choose luxury trains if you want to travel to Udaipur in style. Many luxury trains include Udaipur as part of their itineraries. Cabs, auto rickshaws, and other modes of transportation are available from the railway station.

The Udaipur bus station is located within the city. There are regular buses from many cities in Rajasthan as well as many major cities throughout the country. Throughout the day, buses run to and from the airport. There are both private and public buses available, with varying levels of luxury. The frequency and demand for buses vary according to the season.

Cabs to Udaipur are available from nearby regions and major cities. The cost and availability vary according to the season. Udaipur is connected by six and four lane highways, making commuting easier.

10 Best Places to visit in Udaipur

Maharana Udai Mirza Singh built City Palace in the year 1559. The palace is built on the shores of Pichola Lake. The palace’s architecture is a fusion of European, Medieval, and Chinese styles. City Palace is home to 11 magnificent palaces, all of which were built at different times and by different rulers. The palace’s size is breathtaking, with courtyards, terraces, pavilions, hanging gardens, and much more. Everything about the palace is magnificent, including the architecture, antiques, and exclusive paintings that adorn the walls.

Lake Pichola, another man-made wonder in a city dominated by nature, was built in 1362 AD. In the 16th century, Rana Udai Singh II expanded the lake. The picturesque lake is surrounded by majestic hills, palaces, temples, and bathing ghats. The islands in Lake Pichola offer a variety of tourist attractions, so cruising in Lake Pichola is guaranteed to be a blast. The sunset views are breathtaking. A boat cruise provides beautiful views of the city, especially in the evenings when the sun sets and the city lights up. The palaces look stunning with the lights on, and the view from the lake is spectacular.

Lake Palace, also known as Jag Niwas, is an architectural marvel and a popular wedding destination in Udaipur. The palace, which is located on the island of Jag Niwas in Lake Pichola, was built in 1746 by Maharana Jagat Singh II. In the 1960s, it was converted into a luxury hotel and is now part of the Taj luxury resorts. This breathtaking location has also appeared in numerous Hollywood and Bollywood films.

When Shah Jahan sought refuge here in his youth, the Jagmandir, or Lake Garden Palace, is said to have served as an inspiration for the Taj Mahal. This palace has a long history and is regarded as one of the Mughal and Rajput friendship symbols. This palace has a regal feel thanks to a series of impressive structures that would delight any visitor.

The Royal Vintage Car Museum is a must-see for any visitor. It is a haven for all motor enthusiasts. It was opened in February 2000 and has since become a popular tourist destination. The museum houses many famous vintage cars, including the 1934 Rolls-Royce Phantom used in the Bond film Octopussy, as well as many rare Rolls Royce models. The peaceful and quiet environment here is an added bonus.

Bagore Ki Haveli is close to Pichola Lake. Amir Chand Badwa, Chief Minister of the Royal Court of Mewar, built the 18th century structure. In 1878, the Haveli became the residence of Maharana Shakti Singh of Bagore, hence the name Bagore Ki Haveli. The building was converted into a museum while retaining its royal appearance. The museum exhibits Mewar culture. The antique collections include Rajput-era items such as jewellery boxes, hand fans, copper vessels, and so on. The massive structure has over 100 rooms and looks magnificent with its distinct architectural style.

Saheliyon Ki Bari (Garden of Companions), built by Sangram Singh II as a gift to the queen and her maids, is a stunning sight to behold. The garden was designed by the king himself, and he aimed to make it a relaxing haven for the queen and her 48 maids. The garden still serves a purpose in many ways, and people come here to escape the city’s chaos.

Jagdish Temple, Udaipur’s largest temple, was built in 1651. This stunning Indo-Aryan architectural marvel cost an estimated 1.5 million INR. It is dedicated to Lord Vishnu and also contains shrines to Lord Shiva, Ganesh, the Sun God, and Goddess Shakti. This temple is worth visiting not only to pay your respects, but also to see the beautiful wall carvings, elephant sculptures, and stunning architecture.

Shilpgram is a rural arts and crafts complex located in the Aravali ranges on approximately 70 acres of land. It was established to promote Rajasthan’s traditional arts and crafts. It employs many rural craftspeople and serves as a hub for many cultural festivals that are held here on a regular basis. Another draw is an open-air Amphitheatre, which serves as the main stage for many art festivals. Visit Shilpgram to experience the simplicity of village life, attend art or dance showcases, and shop until you drop.

Moti Magri, a fitting tribute to Maharana Pratap and his beloved horse Chetak, houses a stunning bronze statue of Maharana on his horse Chetak. It is located on a hilltop overlooking Fateh Sagar Lake and provides some truly breathtaking views of not only the nearby lakes but also of Udaipur. Visit Moti Magri to learn about the stunning legacy of events associated with Maharana Pratap and to enjoy some truly breathtaking views.

Places to Visit near Udaipur

Your trip to Udaipur would be incomplete without a brief stop at the following locations. If you have some time to spare, consider visiting some of the locations listed below in less than a day:

Nathdwara is a major Hindu pilgrimage site for Lord Krishna devotees, and it is also known as Shrinathji, after the presiding deity. Because the Shrinathji temple here is associated with a famous legend, throngs of devotees come here every day to pay their respects to the lord. Aside from being a pilgrimage site, Nathdwara is known for a specific style of paintings dedicated to Shrinathji, delectable cuisines, and so on. Because of the town’s cultural beauty, it has been dubbed “The Apollo of Mewar.”

Ranakpur is best known for its Jain temple, which was built in the 15th century in response to a divine vision. It honours Adinath, the first Tirthankar of the current half-cycle in Jain cosmology. This temple is well-known for its beautiful marble carvings and stunning architecture, and it has been dubbed “India’s most beautiful Jain temple.”

This massive fort has the distinction of having the world’s second largest wall, after the Great Wall of China. A visit to Rajasthan would be incomplete without seeing the amazing architecture and fascinating history of Kumbhalgarh Fort. The stunning views from the fort, as well as the light and sound shows in the evenings, are an added bonus.

Mount Abu, Rajasthan’s only hill station, is a welcome respite from the sweltering summers. Mount Abu is also home to the Five Unique Temples of Dilwara, which are known throughout the world for their architectural beauty. Its scenic beauty is also something to look forward to if visitors are looking for a laid-back vacation with some breathtaking views. 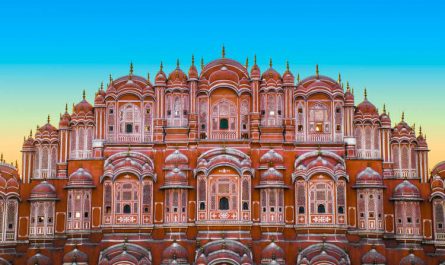 25 Best Places to Visit in Jaipur 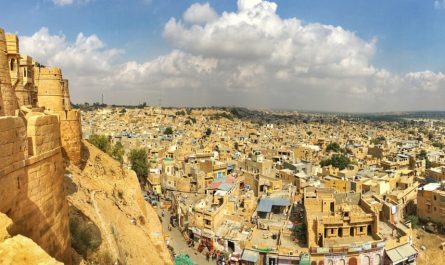 17 Best Places to See in Jaisalmer 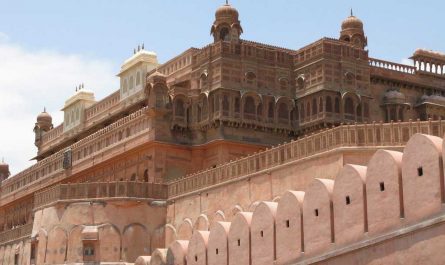 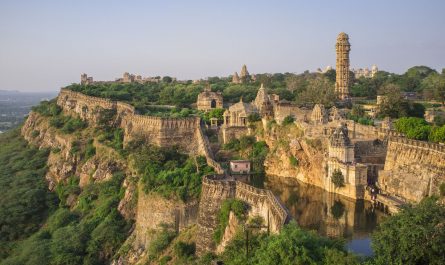 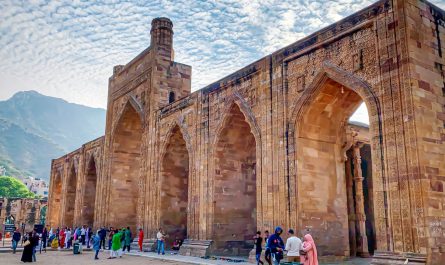 14 Best Places to Visit in Ajmer 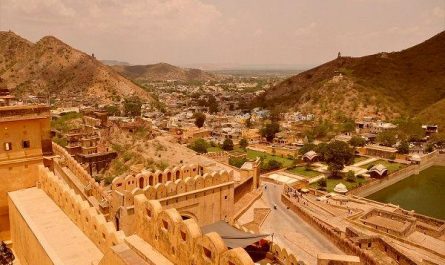 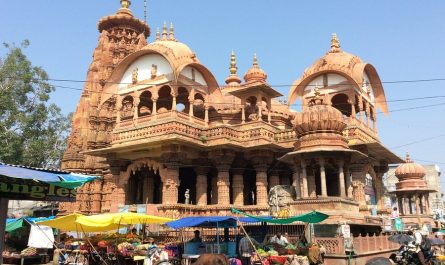 7 Attractive Places to Visit in Jhalawar 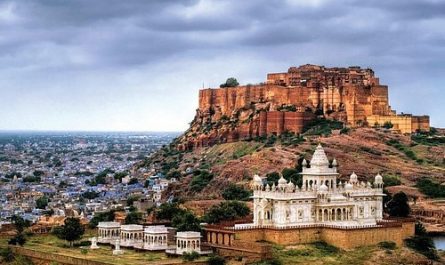 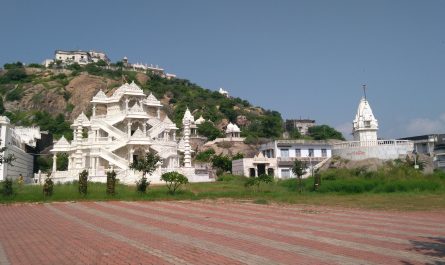 15 Best Places to Visit in Sirohi 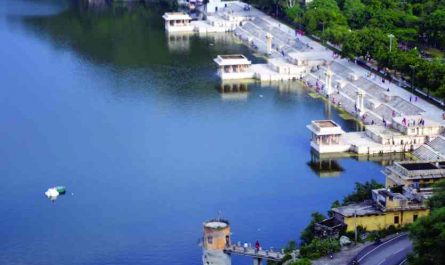 6 Best Places to Visit in Rajsamand

4 Best Places to Visit in Churu 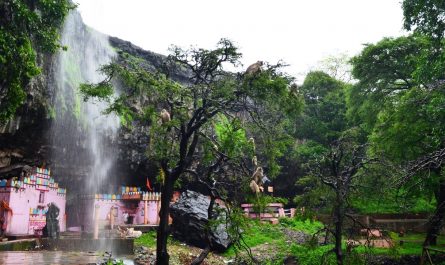 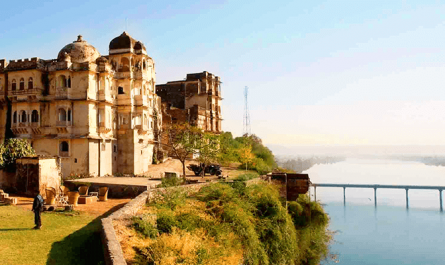 8 Attractive Places to Visit in Kota 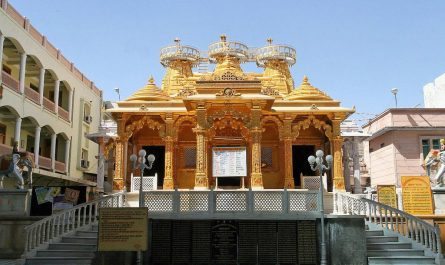 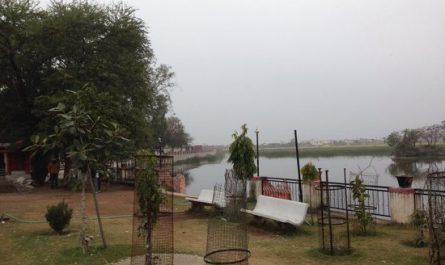 6 Top Places to See in Baran 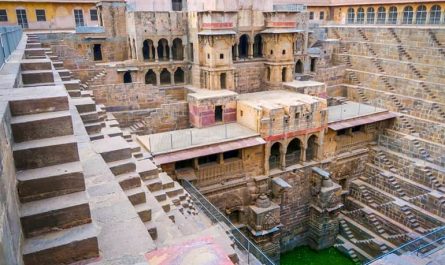