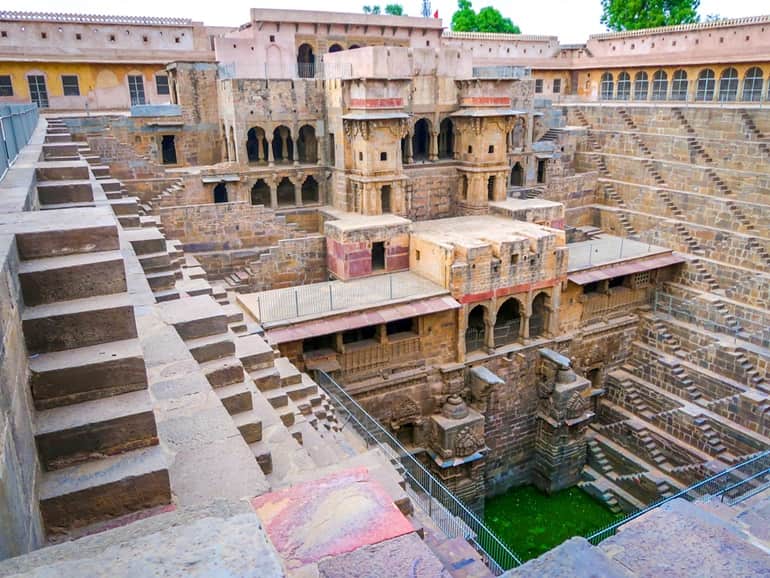 Dausa is a city in Rajasthan, India, and the administrative centre of the Dausa district. It’s 55 kilometres from Jaipur and 240 kilometres from Delhi, and it’s on the Jaipur-Agra National Highway. “Dev Nagari” is another name for it.

Best Places to Visit in Dausa

The PRETRAJ is well-known for its treatment of mentally troubled people at the temple of Bajrang Bali (Hanuman). Despite the world’s amazing advancement in medical sciences, individuals from all across India continue to flock to this location in order to overcome such disorders. The number of tourists, the number of residential accommodations, and the volume of donations received by the temple demonstrate the significance of this location. It is around 40 kilometres from the district headquarters on NH11 towards Mahwa/Agra.

Abhaneri is well-known for its Post-Gupta and early mediaeval monuments. It is approximately 33 kilometres from the district headquarters in the direction of Bandikui. The most prominent locations to visit are the Chand Baori (Step Well) and the Harshat Mata Temple. The temple is an excellent example of elaborate stone carving, whilst the Baori features stairs that are both artistically and architecturally stunning.

Khawaraoji is well-known for its natural beauty and the house of the then-ruler Raoji. It is around 25 kilometres from the district headquarters in the direction of Sikrai. Despite the fact that there is a standard route to this location, the fort-like dwelling has been converted into the Khawaraoji Heritage Hotel. This site is worth a visit for tourists because it is surrounded by hills on three sides and has Amol Ghati nearby with natural beauty.

Bhandarej is another tourist destination in Dausa region, approximately 10 kilometres from the main city. The location is well-known for its creative walls, utensils, and sculptures. It also houses the Bhadravati Palace Hotel and the Bhandarej Baori.

Bhandarej Baori is historically significant because it is built on old architecture. Hotel Bhadravati Palace is built in the Rajput and Mughal architectural styles and is thus popular with tourists.

Jhajhirampura is well-known for its natural water tank, as well as temples dedicated to Rudra (Shiv), Balaji (Hanuman), and other gods and goddesses. It is located approximately 45 kilometres from the district headquarters, in the direction of Baswa (Bandikui). This location offers both natural and spiritual beauty, since it is surrounded by hills and water resources.

The Roman-style Protestant Church at Bandukui, about 35 kilometres from Dausa, is a major tourist site.

Lotwara village is 110 kilometres from Jaipur. The Lotwara Garh (Fort) erected by Thakur Ganga Singh in the 17th century, as well as the village’s enormous population of peacocks, are the village’s main attractions. How can I get to Lotwara? The best way to get to the settlement is by road, which is only 11 kilometres from Abhaneri.

Dausa is best visited between October and March.

How to Reach Dausa

Dausa is well connected to the rest of the country’s major cities by regular trains and buses.

How to Reach Dausa-

The rail link connecting Dausa to the rest of the world is excellent. There are two main railway stations in Dausa that provide frequent service to and from the country’s major cities.

There are no frequent or direct flights from any of the country’s main cities to Dausa. The nearest airport is Jaipur Airport, which is 62 kilometres away from Dausa.

On NH-11, Dausa is 55 kilometres from Jaipur and is well connected by road to Agra, Delhi, and other nearby districts like as Karauli, Sawai Madhopur, and Bharatpur. NH-11A also runs across the area, passing through the Dausa and Lalsot Tehsil districts. Buses to Dausa run frequently from all of the country’s main cities.