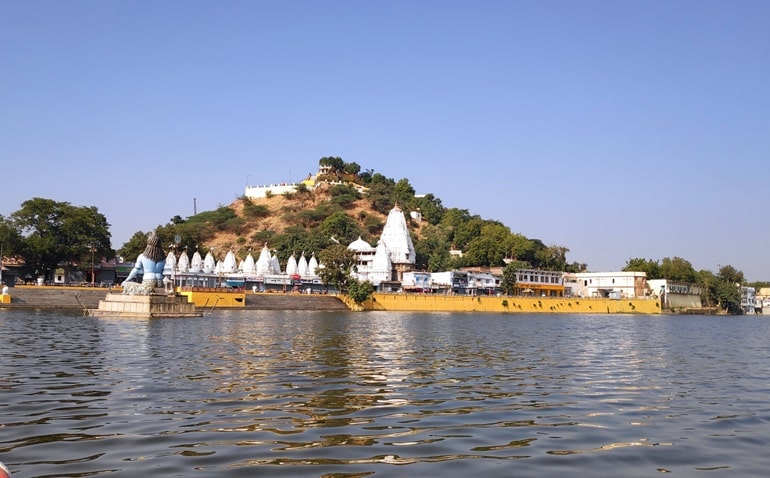 Dungarpur is a city in Rajasthan, India’s southernmost state. It serves as the administrative centre of the Dungarpur District. Along with Aspur tehsil, it is the fastest growing town in Rajasthan’s southern region.

Best Places to Visit in Dungarpur

Deo Gaon is located in the north-east, 24 kilometres from Dungarpur. Deo Somnath, an old and majestic Shiva temple, is located on the banks of the Som river. The temple is thought to have been built in the 12th century by Vikram Samwat. The temple is made of white stone and has imposing currants. It has the appearance of antiquity. The temple contains a number of inscriptions.

Dungarpur was established around 1335 A.D. There are temples built in commemoration of Dungaria’s widows by Rawal Veer Singh. There is also a minor fortification on the hill where Maharawal Bijai Singh erected Bijaigarh, which overlooks a lake. Udai Bilas Place, named after Udai Singh II, is located east of town and is flanked by hills and a small lake. The town of Dungarpur has a lovely aspect.

Other popular attractions in Dungarpur are Fateh Gadhi, Gap Sagar Lake, Badal Mahal, Bird Santuary Park, and Juna Mahal. These places are worth a visit for any tourist interested in learning about the rich heritage and culture of Dungarpur and Rajasthan.

Galiakot hamlet is located 58 kilometres south-east of Dungarpur on the banks of the Mahi river. Sagwara, the nearest town, is 19 kilometres away. Galiakot was named after a Bhil Chieftain who governed the area, according to legend. It was once the capital of both the Parmars and the former Dungarpur State. An historic fort’s remains can still be seen. The mausoleum of Syed Fakhruddin is responsible for the village’s fame. It is visited by hundreds of Dawoodi Bohara believers from all across the country during the annual’Urs’, which begins on the 27th of Muhharram, the first month of the Mohammedan year. Syed Fakhruddin was a devout Muslim. He was well-known for his knowledge and saintliness.

During his journey, he died and was buried in Galiakot village. Other areas of religious and historical significance in the district include Modhpur, which has Vijia Mata’s Temple, Poonjpur, Sagwara, which has ‘Yati-ji-Chatri,’ and Vasundhara, which has an ancient Vasundhara Devi Temple.

Baroda hamlet, once the capital of Vagad, is 41 kilometres by road from Dungarpur and is located in the Aspur tehsil. There are several exquisite temples in Aspur alone. Baroda hamlet is well-known for the remnants of mediaeval Rajput temples. In the beginning, the primary religions of this region were Saivism and Jainism. A lovely, old Shiva’s temple composed of white stones can be found beside the tank in Baroda village. A ‘kundli’ beside the temple bears an inscription from Samwat 1349, the reign of Maharaj Shri Veer Singh Dev. An historic Jain temple may be found in the heart of this town. The main idol of the temple is Parshvanath, who was discovered in Samwat in 1904 by Bhattarak Devendra Suri.

The best time to visit is during the winter months (October to February), when the weather is mild and great for sightseeing.

How to Reach Dungarpur

There are no frequent flights to Dungarpur from other major cities in the nation. Dabok Airport is the closest airport.

Regular trains link Dungarpur to other major cities in Rajasthan and the rest of the nation.

From other major cities in the nation, you may easily take government or private buses to Dungarpur.