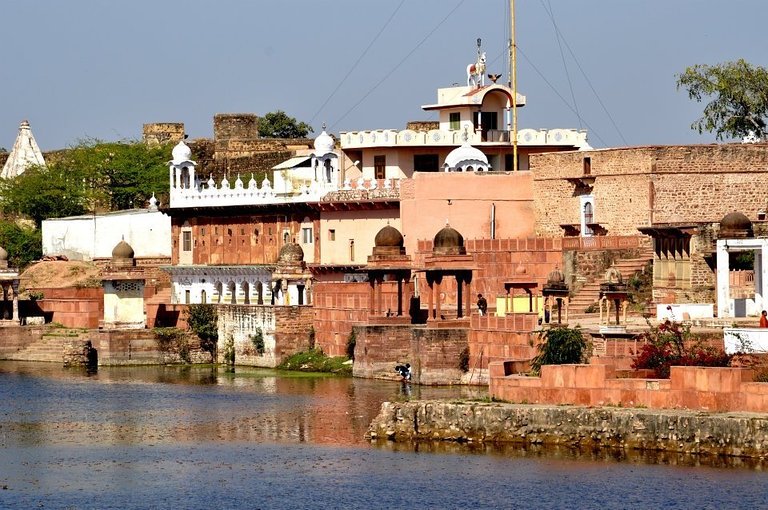 Dholpur is a city in India’s Rajasthan state, located in the easternmost region of the country. It is located on the renowned Chambal River’s left bank. The city was originally the seat of the Dholpur princely state and is now the administrative centre of Dholpur District.

Best Places to Visit in Dholpur

Muchchhkund is roughly 4 kilometres from Dholpur. It is a sacred site dating back thousands of years. It commands a beautiful vista. Raja Muchchhukand, the 24th of the Suryavanshi Dynasty (the solar race), is claimed to have reigned nineteen generations before Lord Ram. According to mythology, Raja Muchchhkund was sleeping here when the demon Kaal Yaman unintentionally woke him up while following Lord Krishna. The demon Kaal Yaman was burned to ashes as a result of a supernatural favour bestowed to Raja Muchchhkund. Pilgrims now regard it as a hallowed site.

The Chambal River is one of north India’s most pristine rivers, home to a diverse range of vegetation and fauna. The National Chambal (Gharial) Wildlife Sanctuary is home to the endangered Ganges river dolphin. The sanctuary was established in 1978 and is part of a huge territory shared by Rajasthan, Madhya Pradesh, and Uttar Pradesh, covering an area of 5,400 km2. The reserve encompasses around 400 kilometres of the river. Other residents of the refuge, in addition to the Ganges river dolphin, include mugger crocodiles and gharial (Gavialis gangeticus). Migratory birds from Siberia contribute to the region’s diverse avifauna.

In Sarmathura, there is a waterfall. It is the primary tourist attraction in the entire district. It can be seen during the wet season (July–September). Aside from that, Damoye boasts a vast and lush woodland range teeming with wild creatures.

It has the beautiful Ramsagar Lake, which is home to a diverse aquatic life that includes freshwater crocodiles, as well as a variety of fish and snakes. Cormorants, white-breasted waterhens, moor hens, jacanas, river terns, ringed plovers, sandpipers, and green and purple herons are common. During the winter, migrating ducks and geese flock to the lake in large numbers. It has a total area of 34.40 square kilometres.

Van Vihar, an old wildlife reserve of the lords of Dholpur, covers an area of 25.60 km2 on the Vindhyan Plateau and supports a very open stunted growth of Dhok and Khair trees. It is home to Sambhar, Chital, Blue Bull, Wild Boar, Sloth Bear, Hyena, and Leopard.

December is the busiest month for tourism in Dhaulpur, India, followed by January and November.

How to Reach Dholpur

The road network in Dholpur is excellent. Dholpur is on the highway that connects Agra and Bombay. Its distance from the nearest major cities is as follows:

Dholpur is a Noth Central Railway junction that is located on a popular train line that connects India’s capital Delhi with other major towns.

The Indira Gandhi International Airport in Delhi is 286 kilometres (177.71 miles) from the rest of the globe and has regular flights.