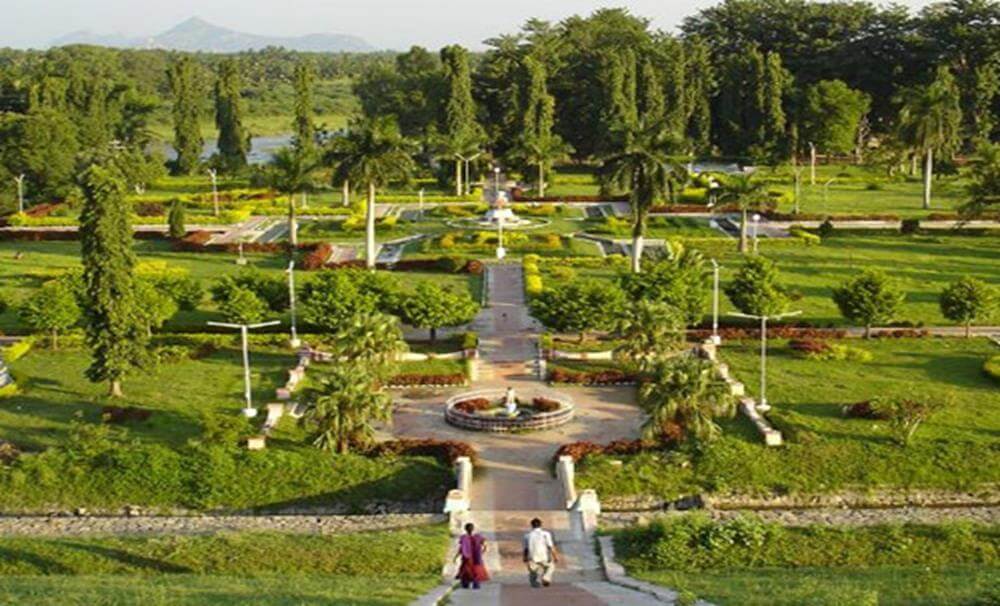 Krishnagiri is a Panchayat in Tamil Nadu, India, and the administrative seat of the Krishnagiri District, which was established in 2004. The city is completely encircled by hill rocks and is located at the bottom of the Syed Basha Hills. Krishnagiri is known for its mango cultivation and is frequently referred to as the Mangoes’ Own Land. The things to visit in Krishnagiri include everything from forts and rivers to temples and museums, as well as natural beauties.

Best Places to Visit in Krishnagiri

The Kattuveera Anjaneya Temple in Krishnagiri, Tamil Nadu, is reported to be 2500 years old, and the Anjaneya here assures that the one request that one prays with full dedication is said to come true within three months. If we pay Rs.50/- at the counter, we are given a saffron bag with coconut, betel leaves, and coconut in it, as well as one card with the same number. Pray for the fulfilment of one wise, and the saffron bag is knotted and stored inside Anjaneya’s sanctum, where the poojari does a short pooja and returns it to us.

The devotee must perform 11 circles of the temple while repeating the phrase “sri Ram jai Ram Jai Jai Ram It is thought that the one wish you desire to be granted is granted, and once granted, you are required to return to the temple and collect the saffron bag. Nandi is a natural rock feature that cannot be missed and shows the presence of Shiva.

The Jain dharma is made up of 24 theerthankars, the 23rd of which is thought to be Swami Parshwanathbhagwan. Today, Shaktipeet is the world’s tallest (365 ft) Jain temple, with pictures of the Tirthankar Arihanta Paramatmans embellishing it. Krishnagiri is 6 kilometres away. Sadhanpalli, Sundampatti post, Shree Parshwa Padmavti Nagar

Thally Garden and Lake is 25 kilometres from Hosur and 77 kilometres from Krishnagiri. Thally hamlet is completely encircled by a variety of hill stations in Denkannikottai thaluk. It is positioned 1000ft above sea level and has a salubrious temperature that is reminiscent of England’s climate, hence it was dubbed “Little England” during the British government.

This favourable atmosphere is allowing the formers to raise vegetables, fruits, and flowers. Tourists from Hosur, Krishnagiri, Dharmapuri, and Bangalore commonly visit this location to enjoy the temperature.

The green valley views are sunai parai and kodikarai Evergreen cool woodland (shola forest) is known as “Allal Thoppu.” Trees such as Allal and naki collaborated and spread a shield-like protection, preventing sunlight from penetrating. This woodland zone remains cold and chill throughout the year.

Krishnagiri Museum is on Gandhi Road, near Apsara Theatre. In 1993, it was renamed the 12th District Museum. This museum displays artefacts from the fields of Art and Archaeology, Anthropology, Geology, Botany, and Zoology. The Hero Stones, which were acquired from various sections of this district, are the Museum’s most prominent displays. Visitors may learn about the history of the Krishnagiri district from the Paleolithic period to the Neolithic and Megalithic periods, as well as the present day, through the exhibits on display. Paleolithic artefacts from Varattanappalli and Kappalvadi are on exhibit, as are Neolithic items from Katheri, Gangaleri, Thogarapplli, Paiyur, Kokkikalpodu, Modhur, Gollahalli, and Vellolai.

Chandra choodeswarar temple (lord siva temple) is famed for its hill temple, where the presiding deity lord Siva is Arul migu maragathambal samadha (Sreee Chandra Choodeswarar), which is located 40 kilometres from Bangalore and 52 kilometres from Krishnagiri on National Highway NH-7. Every day, 500-1000 devotees visit this temple, the most of them come from Hosur, Bangalore, Krishnagri, and neighbouring states such as Karnataka and Anthrapradesh. It is a well-known temple, similar to the Mysore Samundeeswari temple. The glory of Raja Raja cholan and Gulothunga cholan are also recorded in this temple’s stone records dating from the 11th century AD Chola dynasty. Every year in the month of March-April, the Chandra Choodeswarar Temple Car Festival attracts a large number of visitors from Hosur and Mangaluru, as well as other parts of Karnataka. HR&CE maintains the temple, while the Municipal Corporation of Hosur maintains the garden and telescope house.

Avathanapatti lake is located 5 kilometres from Krishnagiri town and is accessible via the Salem-Bangalore National Highway NH7. Throughout the year, excess water supplies are delivered on a regular basis from the Krishnagiri dam (perennial water).

Krishnagiri dam is located between Dharmapuri and Krishnagiri, 10 kilometres away from Krishnagiri, and the river thenpennai supplies water sources to the dam. This dam was built between 1955 and 1957 by former Tamilnadu chief minister Thiru. Kamaraj, who benefited thousands of acres of land around Krishnagiri by irrigating it with the help of this dam. This dam has a park with a 50-acre land space on either side that is decked up with gorgeous flower beds and children’s play equipment.

Best Time to Visit in Krishnagiri

October, November, December, January, February, and March are the finest months to visit.

How to Reach Krishnagiri

Salem Airport (100 km) is the closest airport, while Bangalore International Airport is the closest international airport (90 KM). Hosur (45 KM), Dharmapuri (50 KM), and Jolarpet are the closest railway stations (40 KM) National Highways (NH-7) from Kanniyakumari to Kashmir, (NH-46) from Chennai to Bangalore, and (NH-66) from Pondichery to Bangalore all travel through the district.